The burning of the “M”: How the tradition came to stay 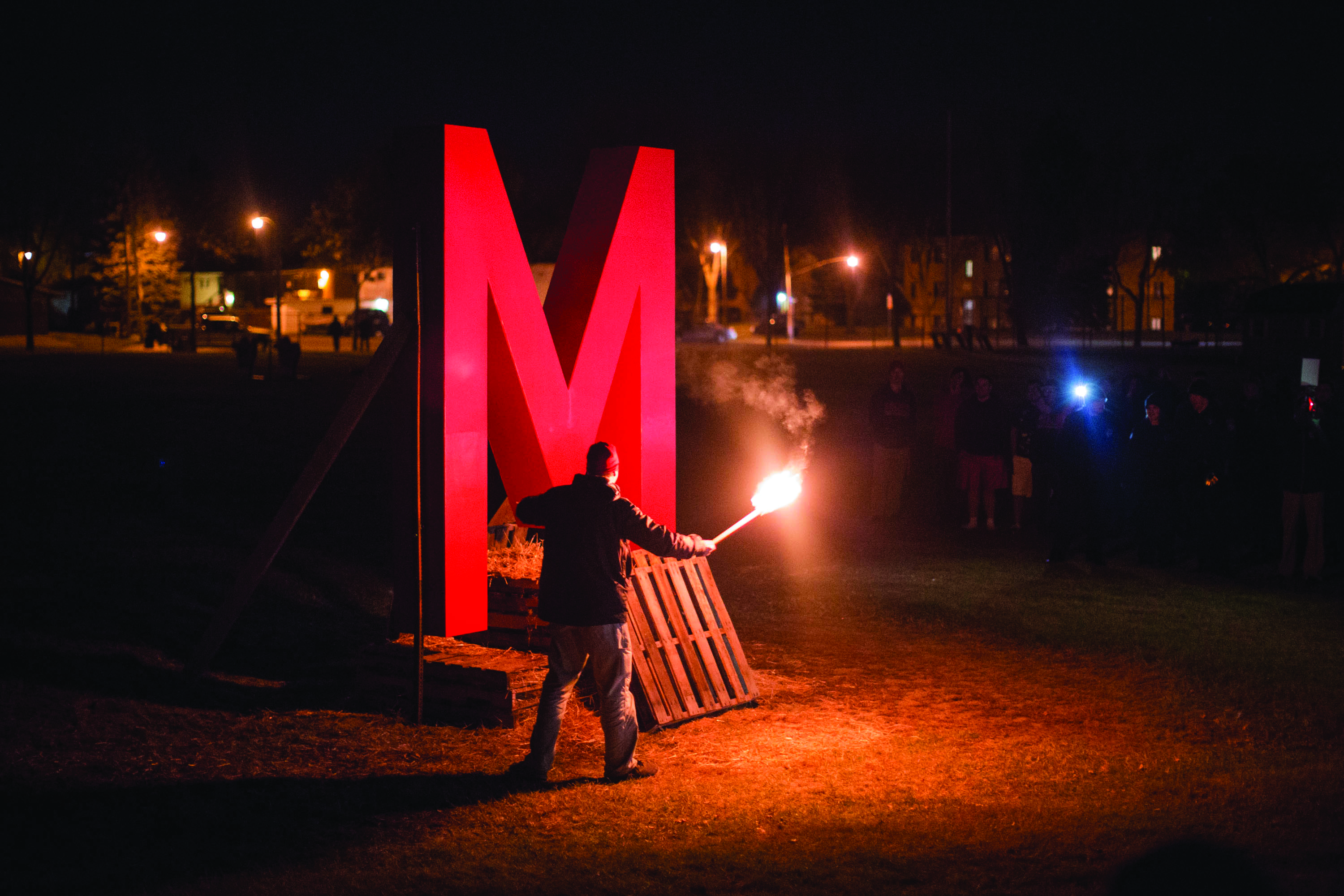 Before the Burning of the “M” ceremony was established, in the late 1920s and early ‘30s, MSUM (formerly Moorhead State Teachers College) celebrated homecoming with torch parades and bonfires. On Feb. 9, 1930, Old Main Hall (the original school building) burned to the ground. Student records were destroyed, 25,000 books were turned to ashes and a stark shell was all that remained. That year, the Dragon name was established as a symbol of rebirth — the first image created showed a dragon rising out of fire and ash like a phoenix.

As the story goes, a staff member came across a wooden “M”, hidden deep in storage on campus (then representing the “M” in MSTC). The tradition of lighting the “M” on fire was established as a symbol of unity, pride and tradition, library technician Corinne Edgerton said.

“These three things are very important to Dragons, young and old, and thus have been passed down throughout the history of campus,” she said. ​

Off campus: Student recounts a semester in the Tropics