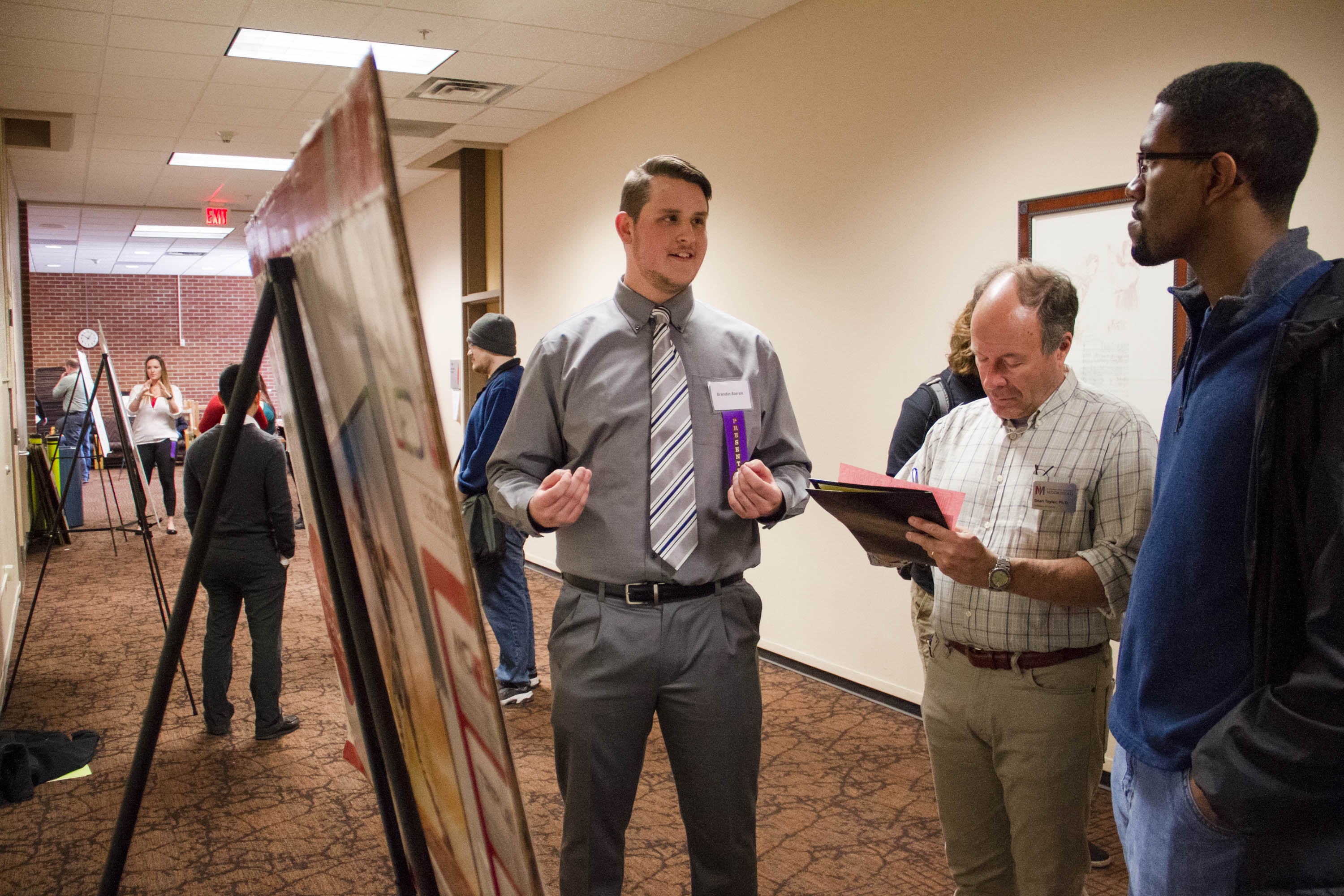 Students can spend months, even years, putting together presentations for each spring’s Student Academic Conference at MSUM. The event gives students the opportunity to present their work to faculty, administration, peers and the general public in a formal academic setting. The conference serves as a day for students to exhibit research, projects, papers and other endeavors they’ve worked on throughout their academic career.

“Market Bubbles: Are They Contagious?” by business and economics senior Tyler Buresh was one of 236 displays featured in this year’s event.

He said he wanted to present on something relatable to his audience — student debt and tuition costs.

By comparing the housing market to the student loan market, Buresh hoped to reveal if, and to what extent, government policies are creating a cyclical system of market bubbles.

“The very policies that governments enact in order to better society, or parts of society, regularly have unintended consequences,” he said. “That’s both fascinating and terrifying to me.”

Buresh chose the topic because he, like thousands of other MSUM students, will be burdened with student loan debt after graduation.

He wanted to relay that student debt is a serious issue not to be solved with “simple” fixes like making college free or eliminating student aid subsidies.

“Each option has its pros and cons,” he said, “however, they each have the potential to create a completely different problem that is potentially worse. If the benefits outweigh the consequences, then it’s a good policy.”

Buresh will have a sales position at Aflac after graduation.

In his presentation, Barren said though it’s expensive now, artifical intelligence has the capacity to emerge in a host of industries over the next 100 years.

“(AI) would be really helpful in the health and banking industries,” he said.

In the healthcare industry, he said, AI programs could learn to complete surgeries without mistakes. In banking, AI could determine stock value, among other things.

“AI isn’t like “Terminator,” he said. “I want people to think that AI won’t be the worst thing ever, even though it is a slightly scary idea.”

Students asked Barren his opinion on the future of AI.

There could be serious downsides, he said, but it will be beneficial overall.