Montonye hopes to finish strong in final year at MSUM

So far, for senior Molly Montonye, one small stride at a time has led to a big name in the MSUM Dragon women’s cross country and track and field programs.

Montonye, a standout cross country and track athlete from Graceville, Minn., was named one of the Co-Female MSUM Athlete of the Year for 2014-2015 alongside, former track standout Chelsea Klemetson.

With her final season of cross country underway, Montonye knows people’s expectations are high, but she hopes to at least meet her own standards of improvement.

“I feel like they’ll probably expect me to get even better,” Montonye said, “My own personal goal would be to get better, obviously. Most people look at places, but I am always thinking more like time wise, like if I can get faster, to me that’s improving.”

Finding a love for running wasn’t tough for Montonye. Both of her parents are runners, and she remembers joining her mom for a run around the lake as the path that started her running career.

“I did it once and I just kept doing it,” Montonye said.

From her first run, to her career at MSUM, Montonye’s success on and off the track is extensive. Last season, she was the cross country team’s top runner for a second straight year. She won two events and finished in the top seven at every meet, as well as earning All-NSIC First Team honors after finishing second at the NSIC Championships last November, and earning NSIC All-Academic Team honors for a second straight year. 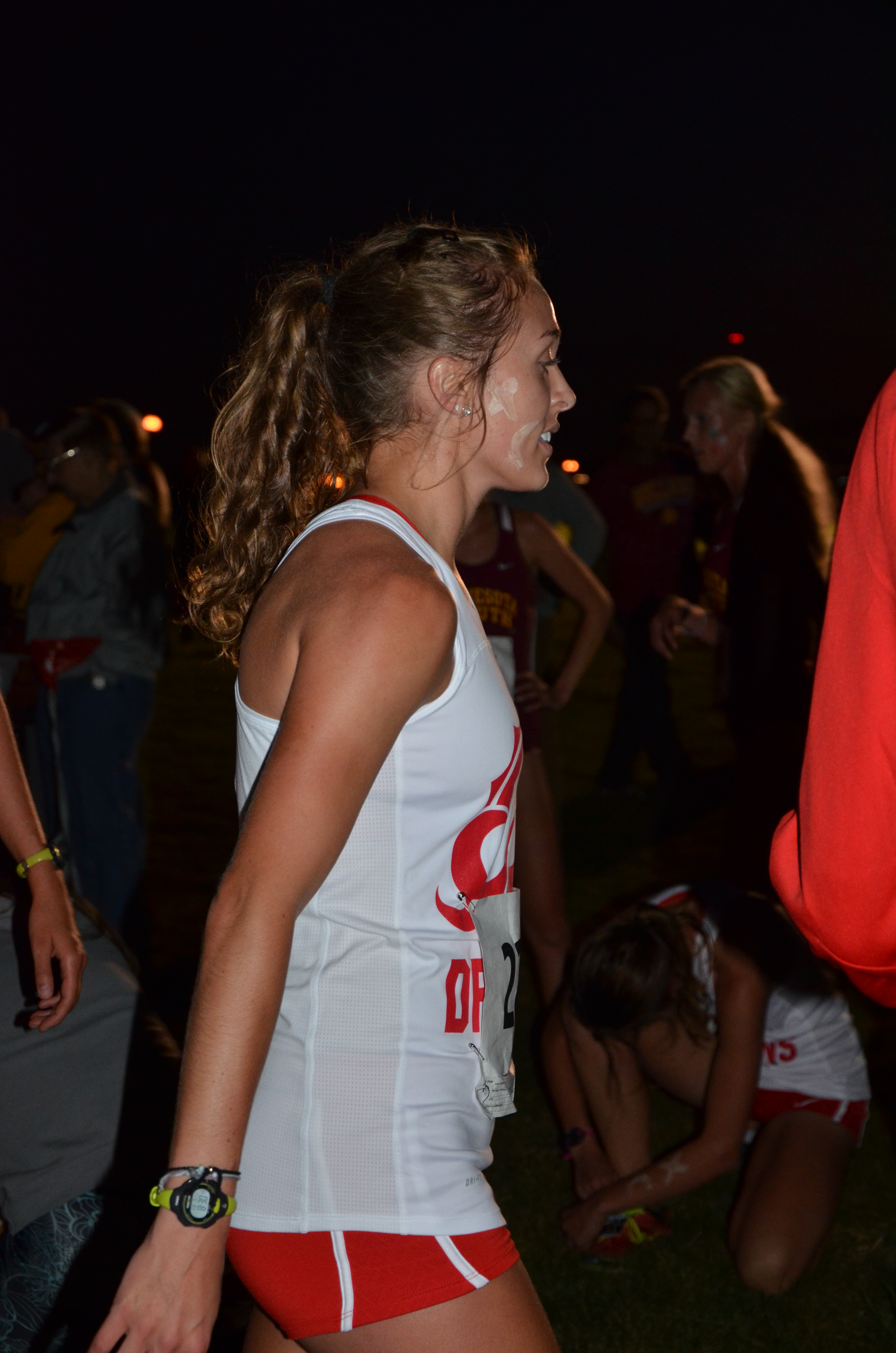 A day in the life of Montonye usually starts at 6:30 or 7 a.m. with a team 6 to 8 mile run. In the afternoon around 3:30, the team returns and goes on a shorter run and additional workouts. Between runs, Montonye dedicates time to school. She gives credit to the post-run endorphin high as keeping her motivated and energized to do homework.

“I think getting this exercise keeps me more productive,” she said.

Montonye is working towards a degree in medical lab science, not something many students at MSUM can claim.

“It’s not even a major here anymore, because there were so few people, that they had to cut the major. But since I started it when I got here, they’re letting me finish it,” Montonye said. “That means it will be in demand somewhere.”

With her countless honors in academics and athletics, Montonye remains hardworking, humble, and thankful for the people that are always coaching her and encouraging her to improve. In addition to starting her running career, Montonye’s parents have earned the spot of number one fans.

“They’re the ones that got me started and are so supportive of me. In high school they never missed a single meet that I ran,” she said.

Montonye credits much of her success to Coach Ryan Milner.

“I know if I just do what he tells me to and listen to everything he says that I’ll run well,” she said. “If I train the way he wants me to I know I can compete well.”

According to Montonye, the physical and mental benefits to running make it an easy thing for anyone to enjoy.

This season, Montonye says to watch out for Mackenzie Smith, Emily Mammenga, and Marissa Carlson to be some of the teams other strongest runners. Montonye says hard work put in by her other teammates could make the Dragon women’s cross-country a strong program. 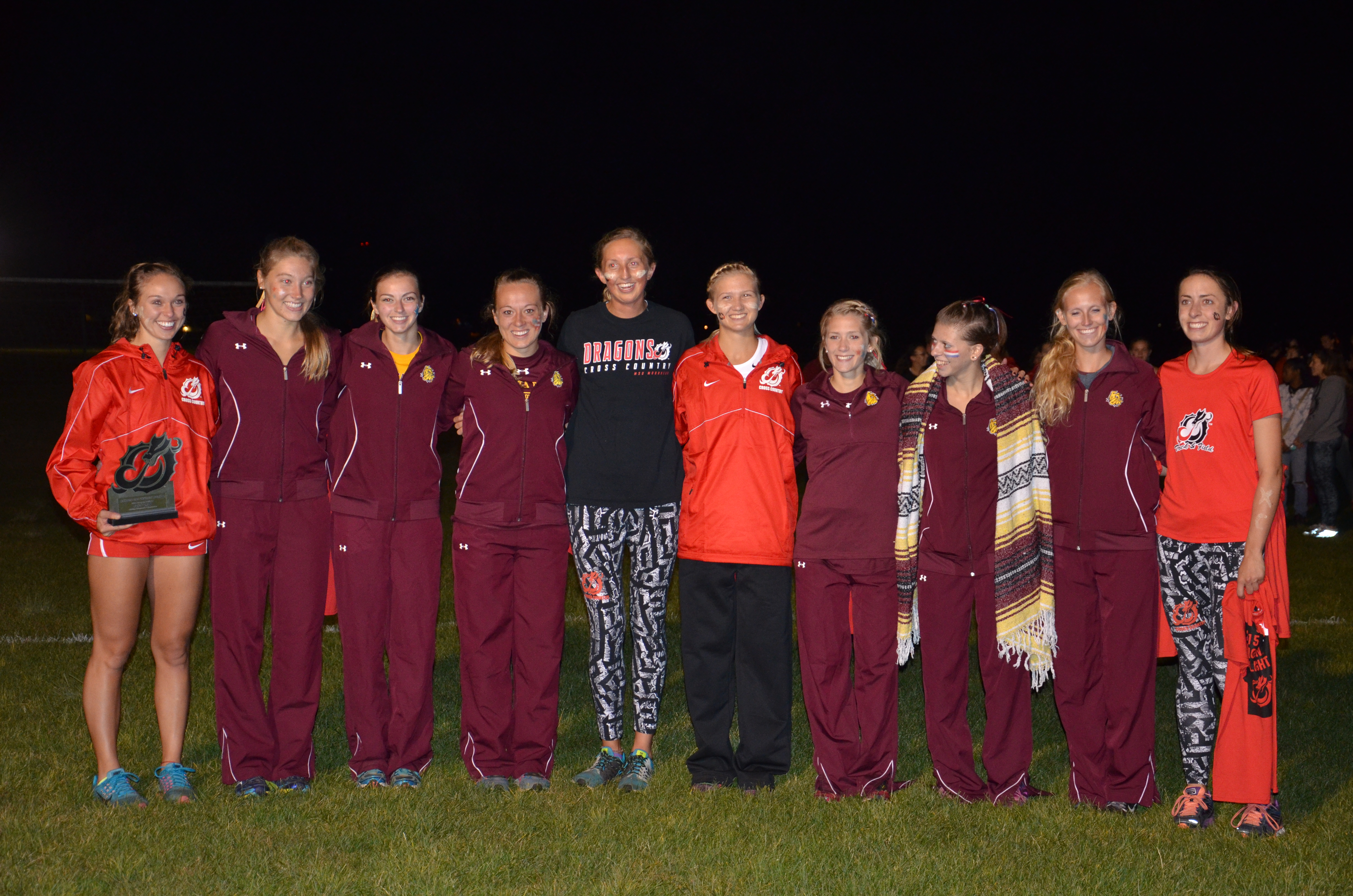