Minding media: Risks and rewards of social media in the world of athletics 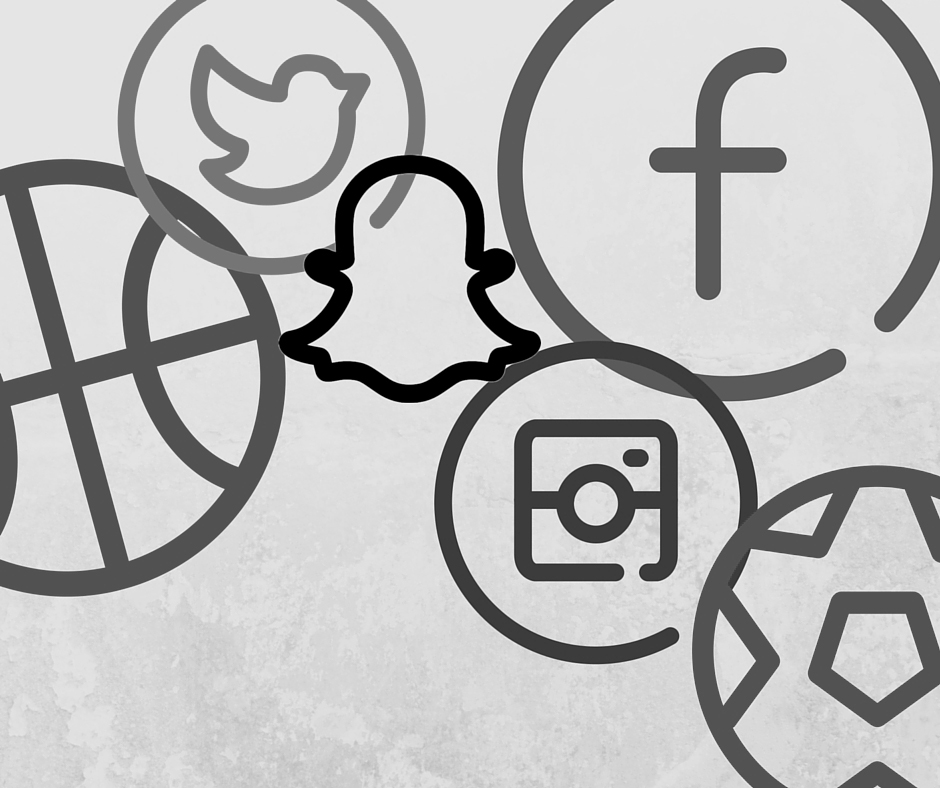 Social media, from hashtags, shares and likes to emojis, have become a part of almost every college student’s vernacular. As the communication form has exploded into our daily lives, many people have embraced the opportunity to broadcast themselves to their social media followers.

While some people use it for the exchange of ideas and popular articles, pictures or videos, the business world has taken notice of this platform’s influence. Instant access to the masses on the Internet is a powerful tool for business, and it comes with significant risks and responsibilities.

Take for example the social media employee for the Houston Rockets who was fired last year after an ill-advised tweet depicting an emoji combo of a gun to a horse’s head after the Houston Rockets beat the Dallas Mavericks in the NBA playoffs. A simple tweet posted with questionable judgment cost a man his job and opened the floodgates for criticism of the entire Rockets organization.

While the commercial sphere still struggles to find a balance between entertaining social media and professionalism, the college and amateur athletic world encourages student-athlete participation through online communication. All the  while, brands still need to preserve their positive reputations. This is no easy task, considering the Internet realities of knee-jerk reactions and anonymous comments. The key is educating student-athletes on the effect their actions on Twitter, Facebook and other social media can have on not only themselves, but the school or business that they represent as well.

MSUM Athletic Director Doug Peters said it isn’t just younger students who struggle with knowing what is acceptable to post.

“You know, when you give people a platform that is very public, it doesn’t matter the age. You see social media gaffes all over the place,” Peters said. “Unfortunately, many times our students see social media as a place to vent, and that’s not necessarily always the best thing either.”

Peters said when emotion comes into play, it can cloud people’s judgment and cause them to post something they should know better than to post. He said there have been cases where students have lost scholarships and their ability to participate in sports as a direct result of poor social media practices.

“We have had those situations with what has been said or put out on social media, and it runs the gamut from some things that have been really bad to some things that are really not how we want our university or the athletic department to be represented,” Peters said.

As a result of these instances, Peters and the athletic department have started to provide student-athletes with social media training at the beginning of every year during their “Tradition Week.” Among other things, they play a game of “Good Tweet, Bad Tweet” where the department breaks down what is and is not an acceptable post once the students become representatives of the university.

Another area of concern regarding social media is complying with NCAA regulations. While it may be exciting that a team has signed a new recruit for the future, teams and universities need to be careful not to share that information too quickly.

“There are NCAA regulations on potential student-athlete information that we have to be aware of so that we don’t publicly announce a potential student-athlete before they sign their NLI. That has happened, unintentionally of course, but you learn from it. You educate yourself, and you get better,” Assistant Athletic Director for Marketing and Production Jon Wepking said.

Although certain responsibilities come with social media interaction, it is also a powerful tool in the right hands. Wepking said according to a release from the University of Oregon, 86 percent of students who follow athletics on a social network attend three games or more on average. This shows the power of being connected to a fan base. In order to do that, however, a team has to constantly update its media and keep up with trends.

“For us, there was a big push this year for Snapchat and Periscope, to find better integration for that within what we do,” Wepking said. “It’s all about reaching the student in the mediums in which they communicate.”

It’s a simple idea — sharing information and content with people who want it, when and where they want it — and maybe that’s why it’s so successful. Giving fans inside access to what happens behind the scenes and beyond the field is another advantage of using social media as a promotional tool.

Wepking also said it has value as a customer service forum, where his team can monitor and respond to issues that arise during a game.

“So we try to not only monitor what we’re saying, but what others are saying about us to make sure that we accommodate,” he said.

These accommodations can range from game experience to simple things like how the fans like certain concessions.

MSUM has continually used social media in progressive and new ways and it has even taken hold in the office of MSUM’s president. Anne Blackhurst is well-known for her Twitter account and interactions with students on social media.

“Athletics has always had that culture in our values to be innovative and cutting edge, so we’ve always tried to push the envelope that way, ever since I’ve been here,” Wepking said. “Anne had the social media wherewithal right away, and I think is still trying to figure out how to utilize it. But you can tell it has sway … Her and Sandy’s Donuts … is a great example of how social media can drive action and community pride,” he said.

Blackhurst tweeted at the local bakery early in the football season, questioning why there were North Dakota State  University-themed donuts, but none representing MSUM. Sandy’s responded by tweeting out a picture of a new treat with white frosting and red sprinkles, aptly named the “Dragon Love Donut.”

Even student-athletes recognize the role that MSUM’s social media presence can play.

“I do think that social media definitely helps play a role in bringing in new students and athletes,” said Zayne Medhaug, senior running back for MSUM.

Medhaug is a self-professed daily user of Twitter and Instagram, so he understands how it can attract new recruits for the school.

While there are drawbacks to using social media, the benefits are just as great. Schools that offer an inside look at what their teams can do offer a greater connection to their fans and involve those fans and alumni in making decisions about promotions and other facets of the game-day experience. In that way, social media has revolutionized not just the way we view and connect with our favorite sports teams, but offers a more inclusive experience at almost every event, especially those at MSUM.