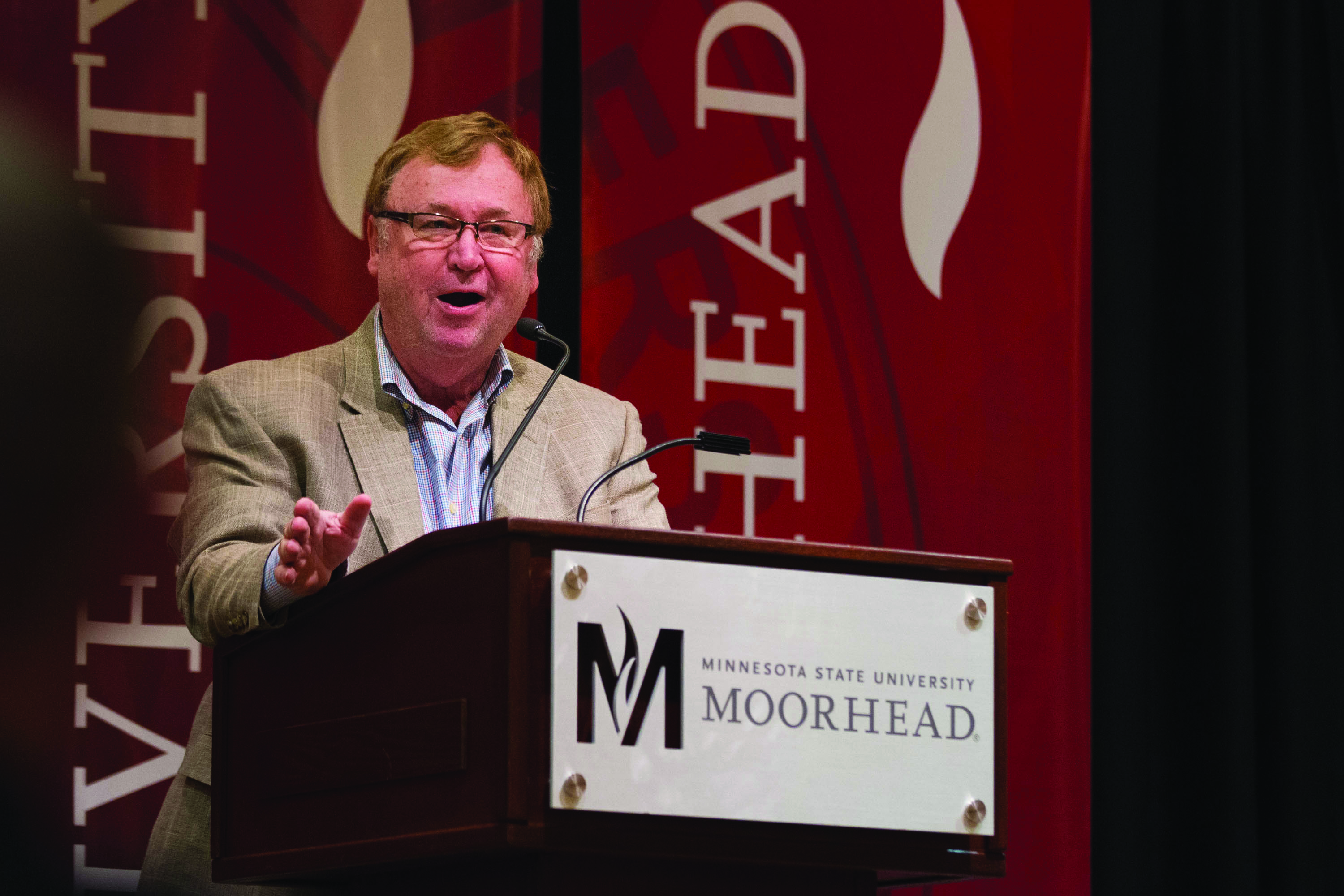 Last week, MSUM hosted its first sports communications conference. No other college or university in the Minnesota-North Dakota has established a similar event.

“Originally we had no idea if anyone would come,” adjunct professor and conference coordinator Liz Conmy said. “It was kind of a shot in the dark.”

The idea of the sports communications conference came from Conmy’s observations. When she saw MSUM students at basketball games working, she realized that MSUM is teaching students the skills needed to get jobs in sports, and should host a conference to showcase those jobs.

The event started with three 45-minute sessions. Each had three separate presentations for students to choose from.

Senior Turner Blaufuss said he was pleased with the options provided.

“They did a good job showing all the different jobs and all the possibilities there are in sports,” he said.

Conmy said they were excited to come to present.

“It validates what they do,” she said.

After the final session, everyone gathered for lunch. There, Dave Mona, the keynote speaker, talked about his experiences and career.

Mona is a well-known name in journalism among residents of the Twin Cities area. He began as a reporter for WCCO TV. After three years he took a job with the Minneapolis Star Tribune. At the Tribune he was the beat writer for the Minnesota Twins. For the last 30 years, Mona has been known for co-hosting WCCO Radio’s “Sports Huddle.” The program is the top-rated sports talk show in the region. He has received the Associated Press and Edward R. Murrow Awards for his work in broadcasting.

When lunch was over, everyone had the opportunity to work hands-on with sports photography and the GO! TEAM. Attendees were able to tour MSUM’s student-run ad agency, newspaper, public relations agency, and TV and radio studios.

After the event, Mona said he felt it was a success overall. Inviting students from high school gave them a perspective on all the professions in sports that exist.

Blaufuss was surprised by the number of high school students present at the conference.

“I saw students I knew from my high school,” he said.

Conmy was pleased by the number who registered for the event. The possibility of an event similar to this happening again is likely.

“There are so many different pieces in sports,” Conmy said. “This might morph into something bigger.”

Mona believes MSUM has an opportunity to capitalize on the event. If another conference was hosted, he would be willing to come back.

“There’s no one filling this gap,” Mona said. “I think this school could own this kind of event.”

Minding media: Risks and rewards of social media in the world of athletics