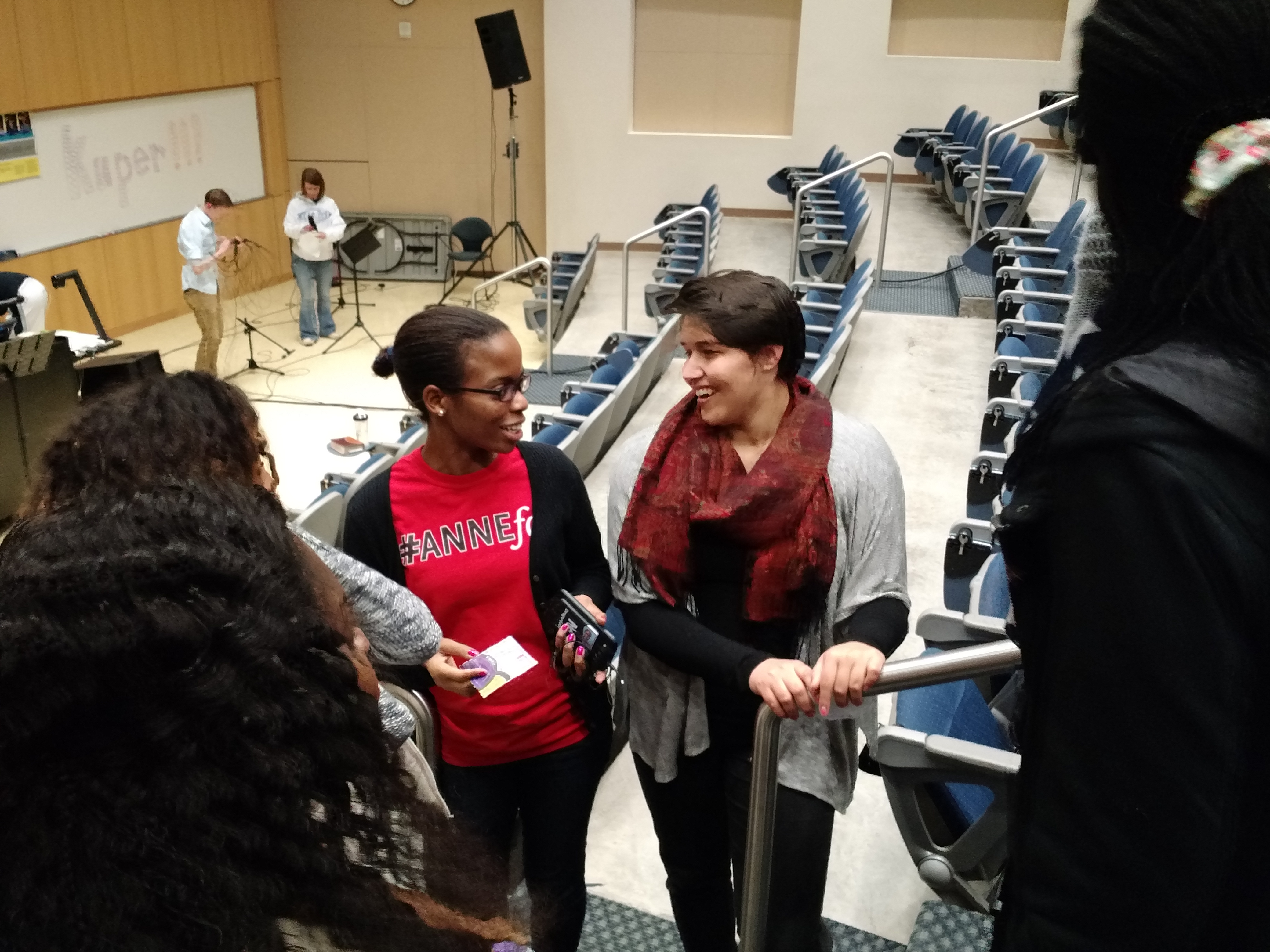 Netsai Ngongoni is an international student from Zimbabwe. She is an accounting major in her senior year at MSUM and helps lead the organization “Students Internationally Together (SIT)”. In her experience growing up, Ngongoni had a stereotype in her mind before she came to the US. She believed Americans were flawless and white people were superior. Even though stereotypes are preconceptions that are not always true, Ngongoni said that people carry “these prejudices in the back of their head.”

He blames stereotypes and prejudices for being part of the issue. Conteh said that “stereotypes are still there” and that the media doesn’t necessarily help in the matter. He said that there are “remnants of that at the backs of people.” However, Conteh has seen change with the younger generation.

“Younger people are not as racist as their fathers or their parents,” Conteh said. “They are less racist but there are still those prejudices, biases, the remnants of the past are still around.”

Of course, there are exceptions. Not everyone experiences a great hinderance from stereotypes or has to struggle to make ties across cultures.

Originally from Uzbekistan, MSUM operations management senior Alisher Sadriev didn’t have any problems with prejudices or getting to know various American and international students. Sadriev has been able to make some American friends especially at work and also some Nepalese friends. The only problem he has is dedicating the time to continuing those relationships.

A couple years ago, one factor that helped him connect cross-culturally was SIT. He still remembers an SIT leader coming to his First Year Experience class and inviting them to the organization that was supposed to be “a home away from home” with different get-togethers and events happening throughout the year.

He thought it was a great opportunity to get to know American students. Sadriev went and it was a “great help” for him in getting to know many Americans, in addition to learning a lot about the culture and lifestyle of Americans.

Amanda Ward is an American student who leads SIT alongside Netsai Ngongoni. Ward is in her senior year as a Social Work major. She pointed out how the organization’s name pretty much describes the purpose of the organization, but the purpose can still be a little misunderstood. Ward said that SIT is for bringing people from other cultures and countries together “into one place and to learn from each other and grow in knowledge of what the rest of the world is like.”

However, where the purpose gets misunderstood is that the organization is just for international students.

She said that it’s supposed to be a “conglomeration of different people” and it’s for “anyone to come to and experience.

”Unfortunately, this year, it’s been a little harder to see it helping since not very many people have been coming,” she said.

However, Ward said that when people do come and especially from what she has seen in the past that “it brings cultures and people together that usually would never have done that before.”

Joining Students Internationally Together (SIT) is just one of the many ways to bridge the gap between American and international students. Ngongoni said other ways students can help is to truly take the effort to learn a person’s name when they are from a different culture even if it’s difficult to pronounce. In her experience, it means a lot when someone knows your name because no one knew her name freshman year.

Conteh sets the challenge with the idea of sitting once a week in Kise with someone you don’t know. Most of all, Conteh believes students need to take the initiative to get to know each other cross-culturally. He said that communication is key, along with getting involved on campus, mainly to get yourself out there and meeting other people. He stressed the importance of having “the willingness to learn.”

SIT meets weekly on Tuesdays at 7:30p.m. in the CMU Lounge. Contact the organization’s secretary, Kathryn Ahrens for more information at ahrenska@mnstate.edu.

Somewhere in between pretension and foolishness

“Muggles” to explore science with magic