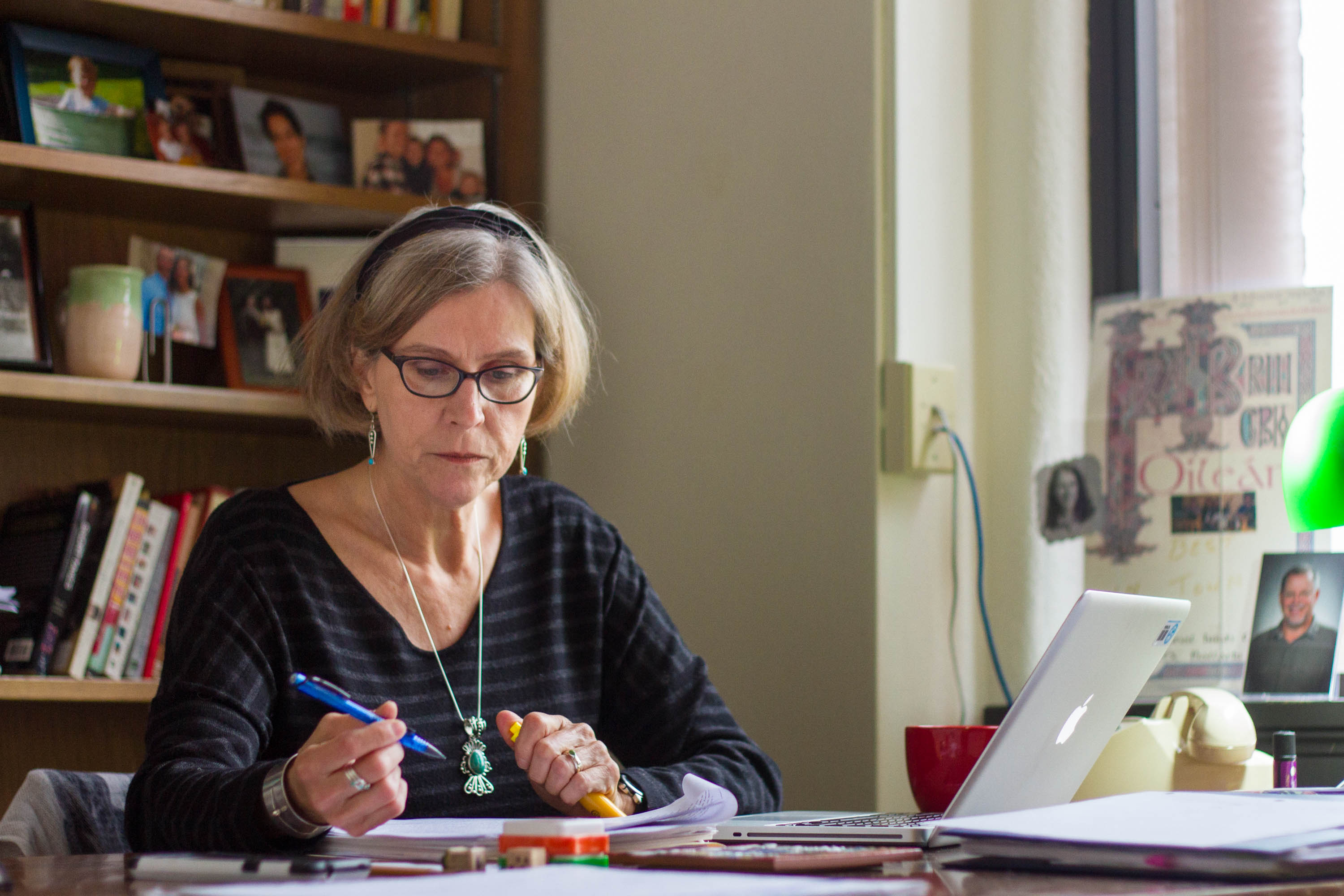 Severn was a graduate student at MSUM in the ‘90s and finished her story, “Luce Women,” as her Master of Fine Arts thesis. The MFA program, soon to be defunct after 20 years, encompassed poetry, nonfiction and other creative works in the English department. Within the next year, the program will disappear due to budget cuts.

The first year of Severn’s studies was focused on writing her thesis, and the next two were spent revising it — her favorite part.

“I love working with words, sentences — how to make them better,” Severn said. “I’m not a fast first-draft writer — it’s harder for me. But then, when I have the draft, the revision is so pleasurable.”

Severn’s been an instructor at MSUM since 1997. She started teaching technical reporting, which led to her teaching creative writing and other literature- and fiction-based courses.

She’s worked on two full-length novel manuscripts, short stories and a blog titled, “Issues of Death and Grief.” The blog correlated with a large-enrollment course she taught. Severn made her voice heard with the help of a colleague, who teamed up with her to write every day for 100 days.

After living in Maryland and working in Washington D.C., Severn moved to Minnesota, where her mother lived and grew up. She became close to a group of women who got together to socialize and craft.

One woman from the group stood out to her because of her knowledge of power tools.

“She became the protagonist, Trudy Pluth,” Severn said, as her experiences with these women heavily influenced the characters.

“I took the idea of women as community and took them away from the crafts … I gave them houses to renovate,” she added.

Severn’s novel “Luce Women” takes place in a small town called Luce, MN. Trudy Pluth, the first-person narrator, ends up as the spotlight of the story. Themes of community, gossip, suspicion and lending a helping hand (in this case, to lower-income families) are reflected in her work.

Inspiration comes from many sources, but Severn recalls a specific relationship she had with her mother’s hospice nurse when she was diagnosed with terminal cancer.

“I absolutely loved her,” she said.

But Severn wanted to flip the scenario: “What if you had a hospice nurse that you’re not quite sure about?”

One of the novel’s characters, Lyle, has a hospice nurse who is informed by Severn’s experience.

“If you listen to people and you read, then you learn to understand how other people outside yourself work,” Severn said.

The main intention Severn has for her piece is to get readers to sit back and enjoy what she’s worked so hard on.

The McGrath Visiting Writers Series started in honor of the late MSUM professor Thomas McGrath. He is remembered as an internationally renowned author, and taught at MSUM until 1983. Since its  beginning, the series has featured more than 150 writers.

Next month, Severn is hosting another visiting writer’s reading of “Luce Women” at Zandbroz in downtown Fargo.