Sodexo brings a taste of Germany to Moorhead 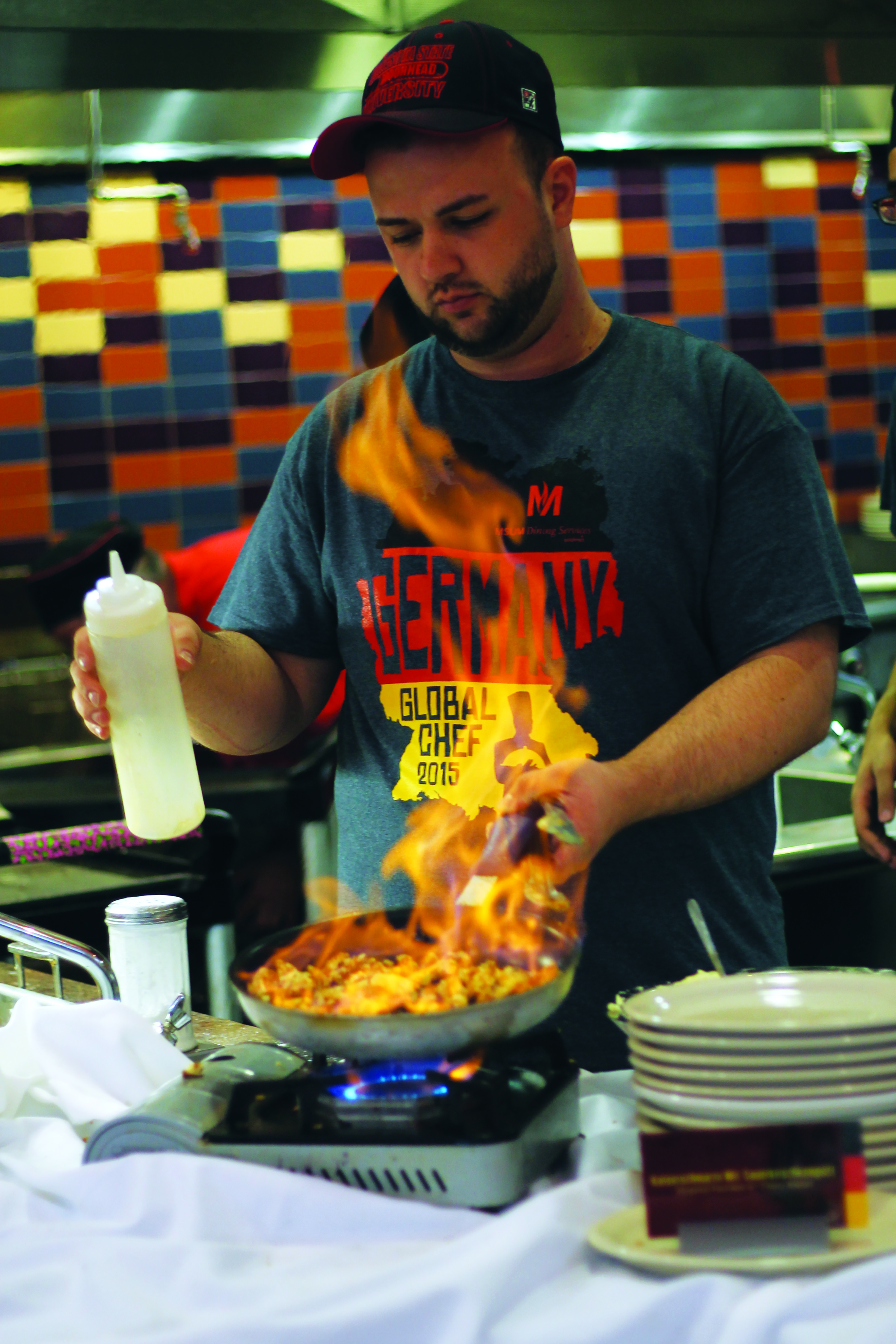 From Berlin to Moorhead, Sodexo dining brought the flavors of Germany to MSUM students Friday in Kise.

For the last month, chef Fatih Kurt has seen a whirlwind of universities across the country, all to share his love for German food.

Kurt has been a sous chef with Sodexo since 2014, and since being hired, he has traveled the world, teaching dining hall employees how to cook authentic German food. At each stop, Kurt spends four days readying cooks to create a genuine German meal. Kurt gives students, faculty and staff a taste of sauerkraut and pickled herring salad.

Kurt is obviously no stranger to German food. Born in Berlin, he started his career out of high school. Now that the Global Chef Program is wrapping up, its back to reality and back to Germany, where Kurt is an insurance adjustor.

“But my favorite meal today is the roasted pork with spaetzle,” Kurt said. “Absolutely delicious.”

Being from the Midwest, many students said they felt at home eating his food.

“The students were very happy about German day,” Kurt said. “Some people say it reminded them of growing up in … a German family.”

Jana Kohfaha, a sophomore German exchange student said the meal was special to her because of where she’s from.

“The soup was really good,” she said. “It tastes just like we have at home.”

Others found the food better than what “home” had to offer.

“This is definitely a step up from if I were to make German food at home,” student Wyatt Pugh said.

Kurt stressed the simplicity of German tastes, and how easy it is to find ingredients, “no matter what kitchen you’re in.”

“In a German kitchen, making German cuisine, you have simple things — bread, milk, eggs — you can make a dumpling,” Kurt said. “No need for specific ingredients, just the know-how.”

“I’m very tired,” Kurt said. “It was exciting to travel and a good experience, but it will feel good to be home. I might take a couple days off.”

“He can go to Ireland, Mexico, Canada, anywhere in the world,” he said. “Touring to 10 different universities all within a month, Kurt travels twice a year or once every semester.

Dorsa said all Kurt’s travel expenses are covered by Sodexo.

“He gets to make the food he loves and see the world without any cost to him,” Dorsa said. “Now that’s a dream job.”

Dorsa said he hopes to see Kurt return to MSUM, be it next semester or next year.

“Muggles” to explore science with magic