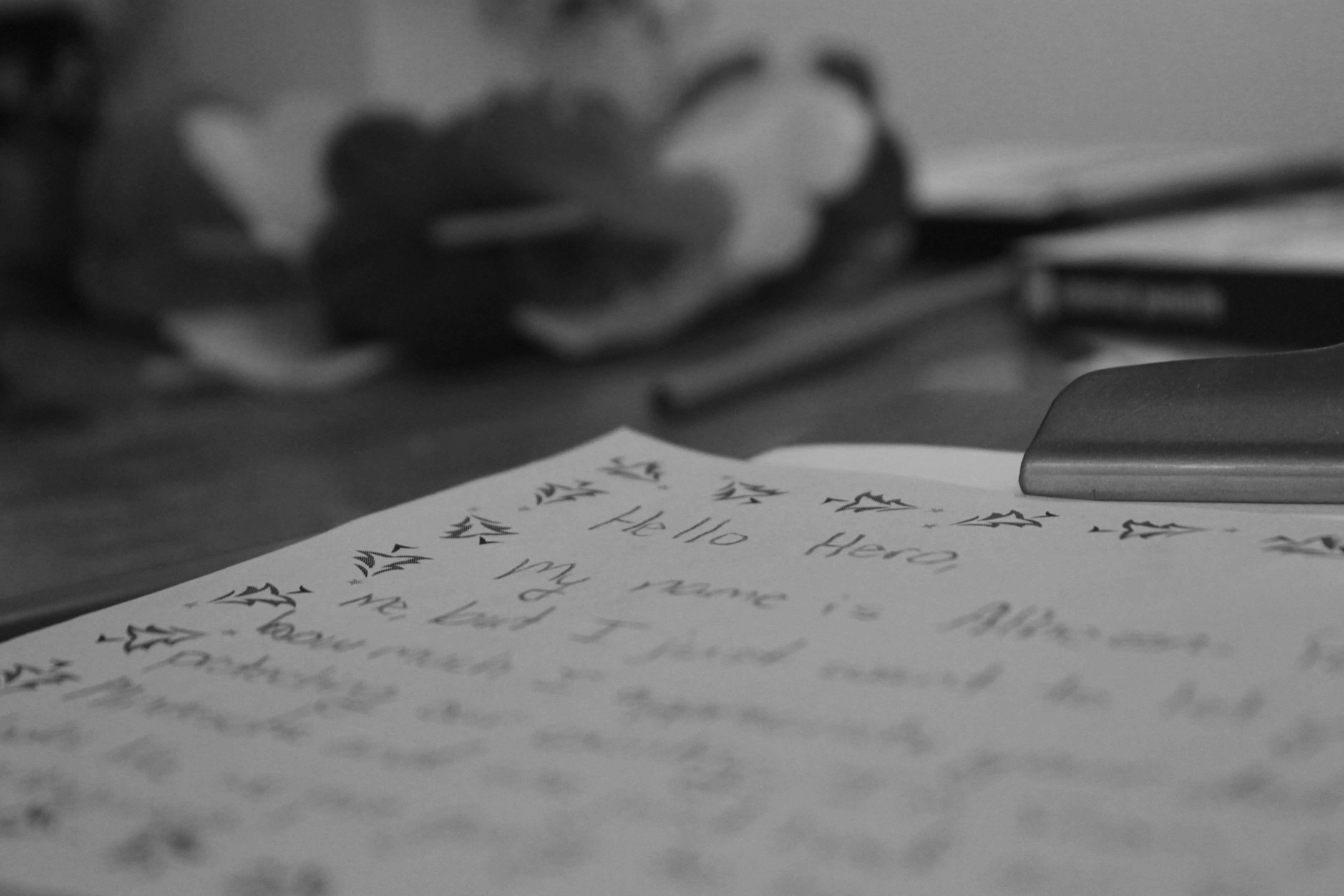 Aileen Mahmud’s curiosity led her to a table in Maclean covered with little American flags, colored pencils and green stationery. Once MSUM senior Maggie O’Neill asked her, “Would you like to write a letter to a soldier?” Mahmud was glad she stopped.

The Minnesota Student Paralegal Association of Moorhead organized a community service project for its second year in a row, writing and delivering letters to deployed soldiers on Thursday, Nov. 19.

“It’s a really easy way to give back to the soldiers that are fighting for our country,” said O’Neill, MSPAM’s president.

As Mahmud began her letter with “Hello Hero,” she considered her deep understanding of war. In October 1999, the United Nations selected her family as one of many to emigrate from Syria to the United States.

“We lived in a country that was full of war,” the MSUM sophomore said. “I’ve been back there, and it makes me appreciate what I have even more.”

In the summer, Mahmud went to Iraq to visit some family members.

Other than the physical battles raging in the Middle East, the climate presented a crisis of its own, one that Mahmud experienced firsthand. The Middle East suffered extreme heat waves this summer. By September, Iraq’s temperature had peaked at 159 F, prompting the local government to declare a four-day holiday.

Despite staying in the comfort of an air-conditioned home, Mahmud almost suffered a heat stroke. Still, her heart went out to the soldiers who may not have had the same luxury.

Back at MSPAM’s table, more members of the community stopped to write a letter, each making the holidays a little brighter for some soldiers.

Last year, the organization produced more than a hundred letters. With the help of a personal military contact, MSPAM delivers the letters to soldiers around the world.

“The letters were paired with care packages that other organizations had put together,” said MSPAM faculty advisor, Deborah Kukowski.

The letters won’t change the conditions soldiers are in, but students hope they will have an impact on soldiers themselves.

“I’ve had family members in the military, and I know what it’s like to have them overseas and not know what’s going on,” said MSPAM member Sierra Johnson. “It lets them know we’re thinking about them.”

For Mahmud, writing a letter serves as a reality check and moment to appreciate life.

“It’s easy for us,” she said. “We don’t have that personal experience that we can relate to on their level. We only have ideas, and even that is rose-colored.”