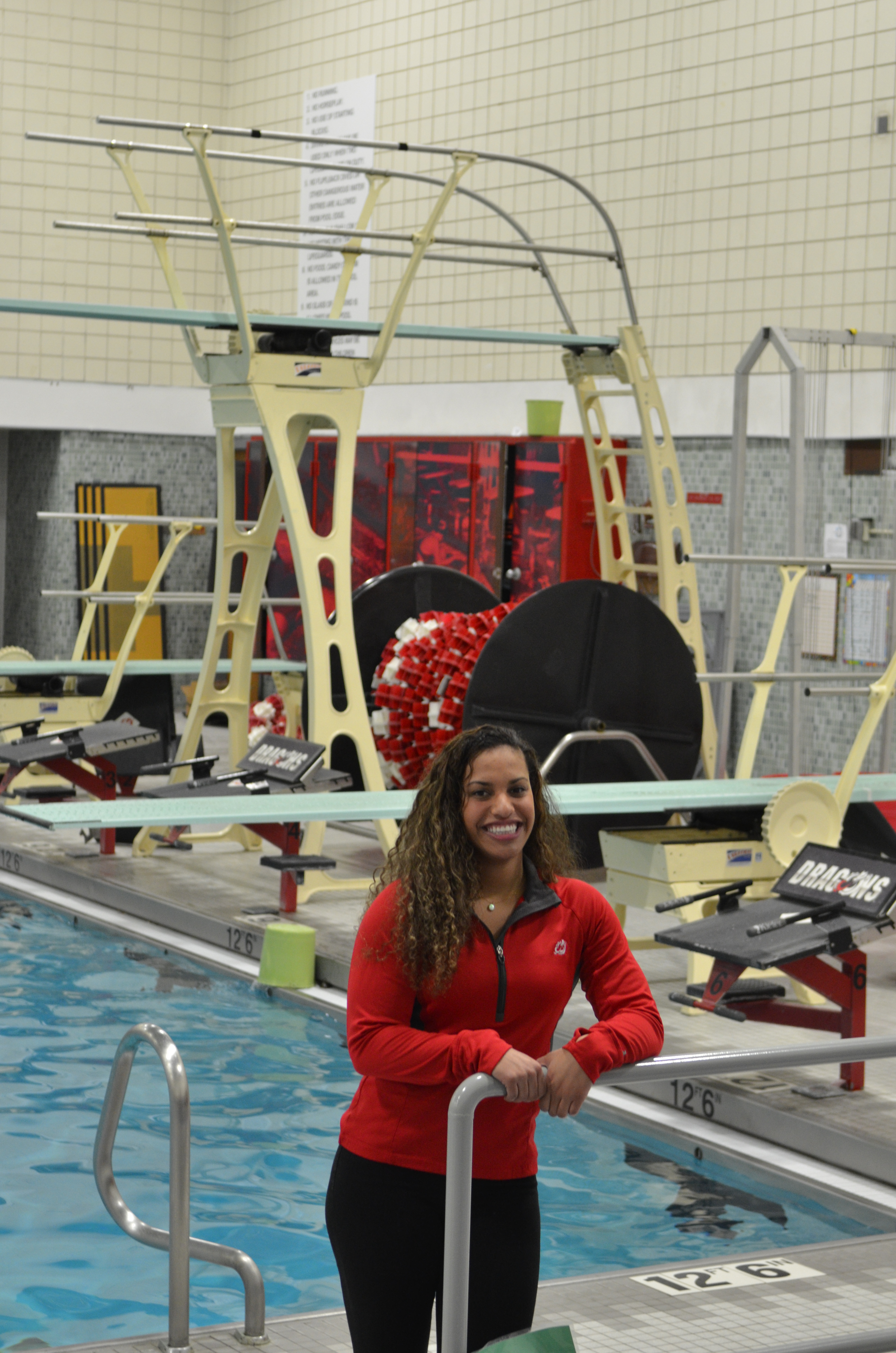 Many students feel pangs of “senioritis” when coming to the end of their college careers. Lack of motivation and disdain for the monotony of finals, projects and research papers leave most seniors looking for the light at the end of the tunnel. But wrapping up those college years can be more complicated for student-athletes competing for the last time.

There’s a common feeling among some senior athletes as they approach the end of their days of athletic competition.

For many, competing as a Dragon has been a way of life.

“I don’t know what to do with all my free time,” soccer midfielder Cara Zastrow said.

Many have been athletes in their sports for more than a decade.

“I have been playing football since I was probably 6,” said Chris Binford, defensive back for the football team. “It’ll be weird to just stop.”

The years flew by for many, but athletes still formed lasting bonds with fellow competitors.

“A highlight is definitely the relationships I have formed with my teammates and coaches,” said basketball  center/forward Isaac Sevlie. “It hasn’t always been easy, but I have become a better person because of them.”

Woods said her “highlights” come from teammates out of the water. Coming from another state and not knowing anyone at MSUM as a freshman, Woods said she is glad to have found a place where she is comfortable.

“Dragon Athletics has been my home away from home,” Woods said. “It’s not just the swim team, but the entire athletic program, that has been like a family.”

Woods formed relationships with people in the athletic department and always found encouragement from coaches and Director of Athletics Doug Peters.

“I remember telling Doug a goal I had for a swim meet weeks before, and right before my race started, he came in the meet screaming my name and cheering me on,” Woods said. “He never forgets.”

Athletes competing in a sport every season work hard to reach the goals they set for themselves.

For Youngblom, his objectives were about performance.

“I wanted to insert myself in the rotation more on the defensive line, so I knew to do that, I had to set goals to get better fundamentally, physically and mentally,” Youngblom said.

Some have goals reaching beyond MSUM’s campus into higher-level competitions.

“I want to compete at nationals. To make a national relay cut would be very special to me,” Woods said. “But my biggest goal is to be the best teammate I can be.”

Woods has been swimming from a young age and remembers others wanting to be the best and the fastest, but in Dragon swimming, she has learned comradery is what’s important.

“Whether that means being the loudest person in the crowd or getting the most points, you really learn what it means to help each other first,” Woods said.

Still, others are simply grateful to have been a part of Dragon Athletics.

“My main goal was to end my collegiate career as a proud alumni of the Dragon soccer program,” Zastrow said. “I am honored and proud to say I played my four years of soccer with an amazing group of girls.”

Sevlie’s style of play and time as a Dragon, for him, was a source of spiritual pride.

“I want the way I play to point people to Jesus,” Sevlie said. “He has brought me to where I am today.”

Their journeys to senior year have had their ups and downs. Lessons learned, recoveries made, wins and losses and emotions to overcome have all been part of the experience.

“It has been the best five years of my life, and I’m proud to call myself a Dragon,” Youngblom said.

“I will always treasure the time I have been able to compete at MSUM,” Sevlie said. “I have learned so much, and I almost wish I could go back to the start and tell myself how to do it right the first time.”

“I am forever grateful to have had the privilege of being a student athlete,” Woods said.