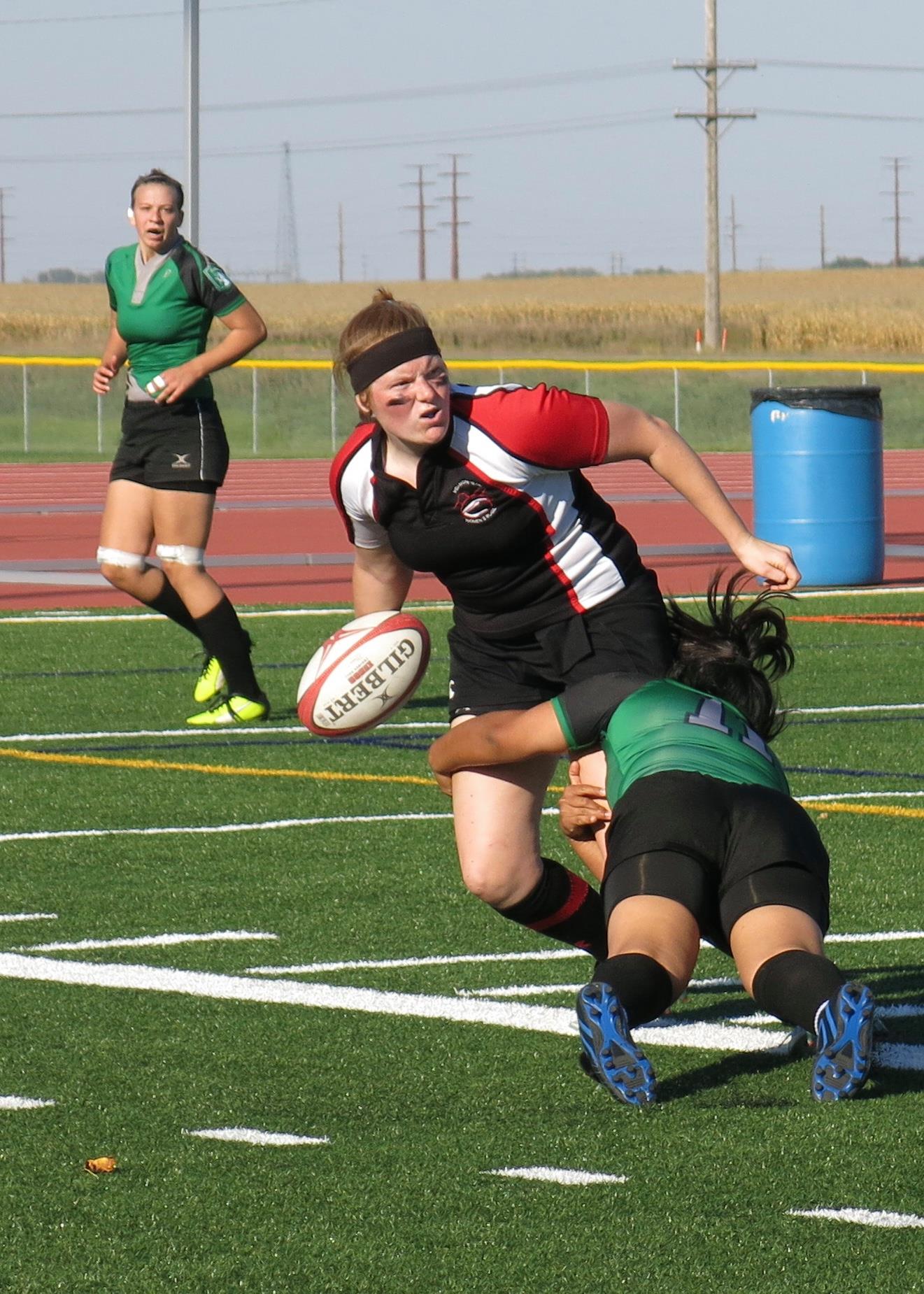 To the untrained eye, rugby might look like nothing but a series of head-on collisions. But for those who lace up their cleats, don their team colors, and enter the field of battle, it’s a whole lot more.

MSUM is one of many schools worldwide that offers rugby to collegiate athletes. The sport’s popularity has been growing in the United States in recent years.

Since the early 2000s, MSUM has offered rugby for men and women. This year, the women proved to be the dominant of the two.

The women’s rugby team scored 670 total points while allowing opponents a lowly 53 points en route to its perfect season. It seemed like a cake walk, but instead it was a long journey that brought the team to where it is now.

At the first tournament of the year, freshman  player Shannon Schlee’s rugby career was halted after suffering a concussion.

“I was unconscious for several minutes,” Schlee said. “My teammates had to carry me off the field because I was too dizzy to do so myself.”

As a club team with minimal exposure and funding, the team’s perfect season meant a lot to the players. Competing against Division-III teams in the Minnesota Rugby Union, MSUM is required to do its own fundraising just to exist.

“Being a club sport is rough, and sometimes there’s a struggle for funding,” junior Haley Foster said. “But I wouldn’t call us underdogs.”

After winning both the Minnesota Final Four and the Regional Tournament held in Wayne, Nebraska, the team needed to win two more games to be considered national champs.

“The rookie girls were very clueless to what exactly what they were up against,” Schlee said. “The veterans were nervous because they knew what to expect. But all around, we were excited.”

After beating U-Mass Dartmouth in the first game, the team prepared to face Colgate in the championship.

“We were all nervous going through warm-ups,” Schlee said.

That anxiety was validated when Colgate scored the game’s first points, giving MSUM its first deficit of the year.

After the intial score, the women fought and stayed poised throughout the game. When it was all said and done, it was the MSUM women’s rugby team who stood tall and were crowned national champions.

“It was amazing,” Foster said. “We’ve been working toward this for so long, and our team has been getting better and better every year. It’s just so exciting to see it pay off. Honestly, I hope that after winning nationals, people will finally stop saying, ‘Wow, MSUM has a rugby team?’”