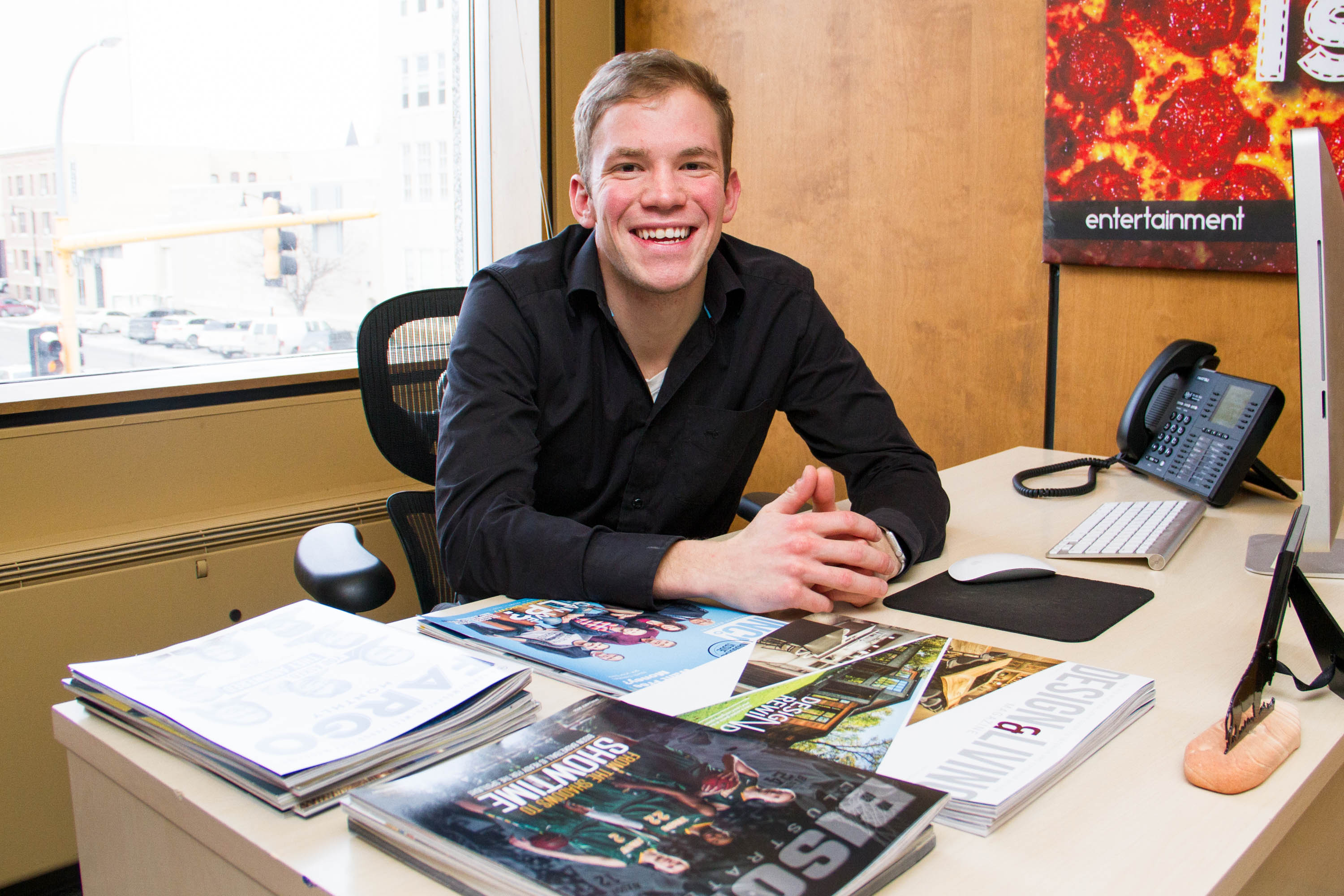 Jason was born with a bicuspid aortic valve in his heart. While most people’s aortas have three valves, he was born with one that lets a little bit of blood seep back in when it pumps.

Jason was never really affected by this until a resident at a group home he volunteered at bit him. As a result, he developed endocarditis, an infection of his aortic valve.

Eventually, Jason needed open-heart surgery to replace his heart valve with an artificial one, which “laid (him) up” for a semester.

But a year later, Jason completed a marathon.

“It was probably the biggest accomplishment in my life,” he said.

Jason graduated from MSUM in December 2012 with a double major in mass communications and Spanish. During college, he was an editor at The Advocate.

Initially, Jason worked as an unpaid intern at Spotlight Media. But in the four years since, he’s risen to one of the company’s top positions. Jason’s boss, the founder of Spotlight Media, Mike Dragovich, has nothing but praise for him.

“Andrew’s an impressive individual,” Dragovich said. “It’s been a lot of fun seeing him develop as a professional and as a person … I could put Andrew in any position of management in this company and he would succeed.”

Spotlight Media is part of the mere 10 percent of American media not owned by CBS, Disney, News-Corp, GE, Viacom or Time Warner. The company was started as a way to keep NDSU graduates and others in the area by showing them all there is to do in Fargo.

Jason joined the company when it was just two years old. Since then, Dragovich says Jason has helped the company to “grow both as a visionary and as an integrator.”

Jason says one of his most interesting interviews to date was with a man who had the same heart valve condition and was still running marathons in his seventies. He is about to start managing Fargo INC!, Spotlight Media’s newest magazine.