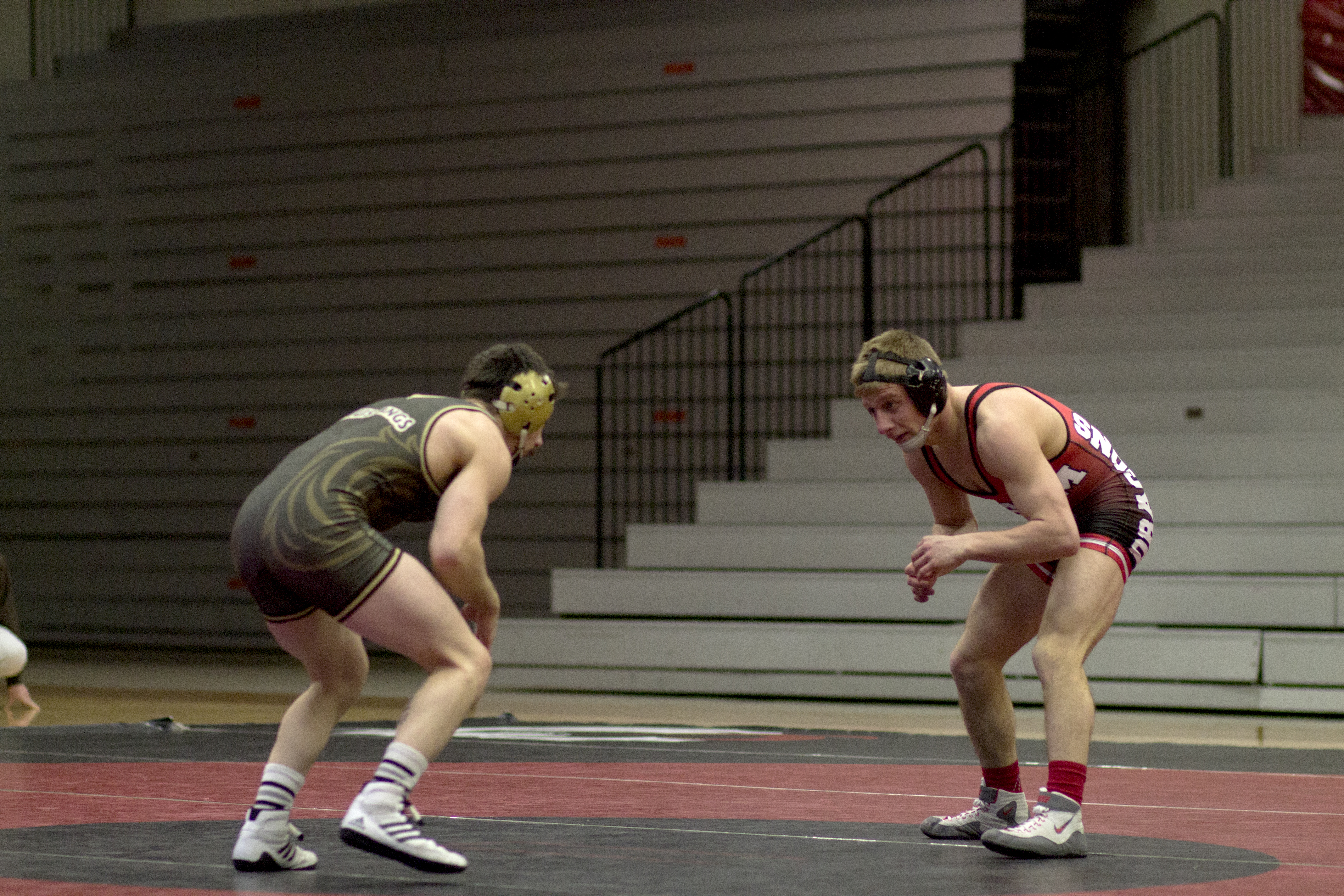 It takes determination and nose-to-the-grindstone effort to win a national championship. Head coach Kris Nelson said the Dragons wrestling team has someone putting in just that. Junior Blake Bosch’s hard work might pay off this year with a national title.

Bosch has the best chance of any MSUM wrestler to win a national championship. According to intermatwrestle.com, he ranks No. 2 in the nation at 133 pounds.

Nelson said the team has a lot of skilled freshmen, some who have a chance of advancing to the national tournament. But on paper, Bosch is “the one guy that stands out.”

“This year, he has a great opportunity,” Nelson said.

Bosch will need to beat Daniel DeShazer from Nebraska-Kearney.

DeShazer has won the national title twice in his collegiate career, once as a freshman and, later, as a junior. This season, DeShazer has a 28-5 record. Bosch is close behind at 27-5 heading into the season’s final dual.

Nelson said Bosch is good enough to win, but isn’t unbeatable. The only blemish on Bosch’s near-perfect record came at the Bison Open. He was pinned in the quarterfinals and lost again in the third place contest, finishing in fourth.

Bosch said he worked out the early-season kinks as he moved on in his impressive season.

Bosch’s work ethic is how he appears ready to make a run at the title. Still, he humbly believes his strong support system has brought him to this point in his career.

“I have a lot of support within my family and close friends,” Bosch said. “It makes it a lot easier.”

For Bosch, setting weekly objectives is a benefit.

“Along the way, I set smaller goals,” Bosch said, including examples like winning the Dragon Open and beating Concordia.

Before Friday, Bosch had yet to lose at home. He won the Dragon Open in his weight class, but despite beating his opponent in the Concordia dual, the team lost by one point.

“Even if I didn’t reach all the smaller goals, and the season was kind of a bust, you can still make up for it by getting the big one at the end,” Bosch said. “The main goal is being national champion. That’s icing on any cake.”

Nelson said he would be proud of Bosch and excited for the wrestling program if he won the national title. He said the win would have recruits  wanting to come in and perform well, current wrestlers wanting to succeed, and Bosch wanting to do it all again.

Nate Hendrickson, who won the 1997 national title at 167 pounds, is one of the Dragon faithful who will be rooting Bosch on. Hendrickson — the first DII champ in Dragon history — has followed Bosch’s wrestling career since high school and believed even back then he could win a national championship.

Hendrickson’s advice for Bosch: Don’t let a match become bigger than it needs to be.

“He’s got as good a chance as anyone,” Hendrickson said. “He’s a winner. He’s been a winner his entire life. From high school on up to college, he knows how to get things done.”