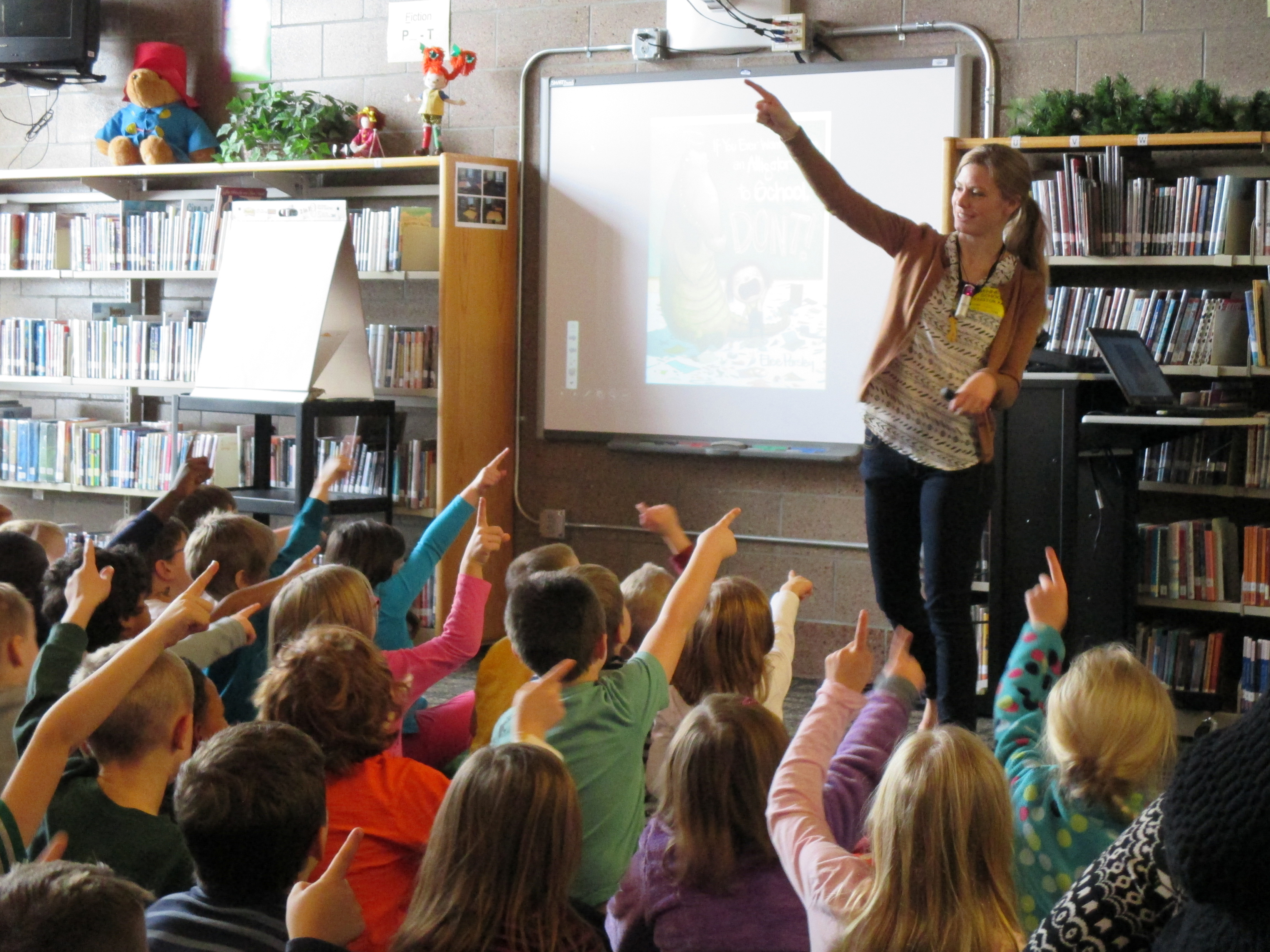 MSUM alumna Elise Parsley’s book, “If You Ever Want to Bring an Alligator to School, DON’T!,” is ninth on the New York Times Best Seller’s list for children’s picture books. The author said she was “stunned” by the news.

“My editor called to tell me in the middle of a Wednesday afternoon, and it was so out of the blue,” Parsley said. “It’s still baffling to think about.”

When the book was released last summer, Parsley went on a “mini tour” of the Midwest, giving presentations and signing books.

“It was a wonderful time,” she said. “This past summer in St. Paul, a tremendous crowd of families showed up for the tour.”

The crowd was so large, the event had to be moved from a bookstore to the sprawling lawn of St. Catherine University.

Though not currently on tour, Parsley has visited several schools and libraries during the school year to give presentations similar to those she gave in the summer.

“School visits are especially fun since I get to meet and talk with my target age group,” she said. “Elementary-aged kids ask some amazing questions and often give me great new ideas for future books.”

Parsley was both author and illustrator of her best-selling book, but she thinks of herself as “primarily an illustrator.”

She gives drawing demonstrations during her school visits.

“I get to show them how much of drawing is really knowing how to organize basic shapes to create new shapes, and eventually characters,” she said. “The visuals, especially my characters’ expressions, are what I feel carry the bulk of my stories.”

Parsley said her “Magnolia says, ‘DON’T!’” series is “really told in the illustrations.”

“I love the challenge of showing each story to my audience, not just telling it,” she said.

The idea for her best-selling book came from her portfolio of illustrations of children, adults, animals and environments.

“I made one image with all four of those elements — a teacher with a paper airplane stuck in her hair giving a disapproving look to an alligator, who is hiding a second paper airplane and blaming the student next to him for his shenanigans,” Parsley said.

Writing a story that explained how the alligator got to school in the first place inspired her book “If You Ever Want to Bring an Alligator to School, DON’T!”

Parsley visited Fargo on Nov. 30 to talk about her book with fans. The event was during Fargo’s first big snow of the season, but a group of “hearty, cheerful fans did brave the elements” and were able have a good experience, Parsley said.

During her visit, the author also dropped by Bennett Elementary in Fargo and an art class at MSUM.

It was at MSUM that Parsley first wrote and illustrated an entire picture book — her final project as a BFA student.

“It was a much-needed practice swing, and I learned a lot about organizing images for a book format — finishing 32-pages worth of art on a deadline and working with printers for the final product,” she said. “Completing such a complex project certainly gave me courage moving forward after graduation.”

The author’s second book in the “Magnolia says, ‘DON’T!’” series, “If You Ever Want to Bring a Piano to the Beach, DON’T!,” will be released May 3. Additionally, she’s nearly finished with a third book set to be released in 2017.

“Mac is incredibly creative and funny,” Parsley said, “It was a thrill to create art to complement his text.”

“I try to be on the lookout for new story ideas all the time,” she said, “especially those with lots of funny illustrative potential.”