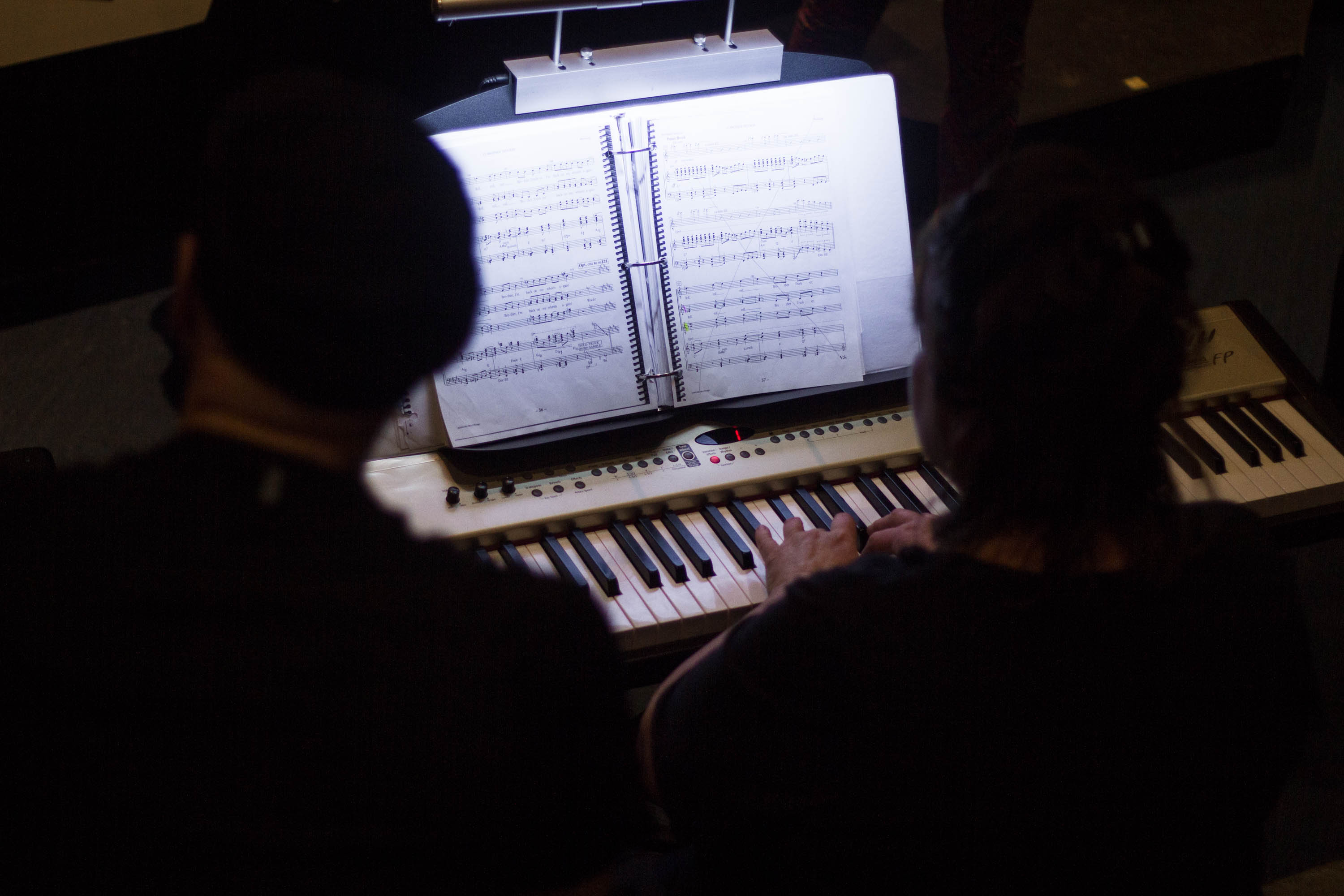 Since even before spring break, MSUM’s theater department has been “Working” hard on its upcoming theatrical production.

The large cast of 24 is still in the process of memorizing its show’s lines, songs and complex dance numbers.

“Most of us are struggling with memorizing because we have such a short amount of time (to prepare),” said senior Kate Aarness, who plays waitress Delores Dante.

The musical is based on Studs Terkel’s book “Working: People Talk About What They Do All Day and How They Feel About What They Do.” During the ‘70s and ‘90s, Terkel interviewed Americans from all walks of life.

“(Terkel) went out and asked people what they did all day long,” director Craig Ellingson said. “These are individual little stories of people who work for a living that mean something.”

For him, the musical’s soundtrack and lyrics make it a special show. Stephen Schwartz, of “Wicked” fame, “Hamilton’s” Lin-Manuel Miranda, Craig Carnelia and James Taylor comprised the show’s team of composers and lyricists.

Aarness said she can identify with her character, Delores, because she also considers herself a server of some kind.

“(Being an actress,) I’m serving people, in a sense,” she said. “I give them a performance they pay to see.”

The production’s assistant director, senior Erika Rosenkranz, is a waitress in the real world, too. She said the musical  is for anyone who might overlook  blue collar jobs.

“Everyone is doing some hard work at some point in their life for someone else,” Rosenkranz said.

“You should be paying attention to (working class people) because they are doing a service for you, whatever it may be,” he said.

Theater senior Meghan McLaughlin is assistant technical director and stage manager of the show. For her, the musical  sheds light on how the working class isn’t always portrayed adequately. She hopes “Working” will make people pay more attention to those who comprise it.

Ellingson said the show contributes to awareness that all walks of life help society function. He wants people to leave the theater more thankful for the working class.

“(The audience leaves) able to say, ‘Oh, there’s a reason my trash bin is empty everyday,’ or ‘There is a person at the cash register while I’m on my phone’” he said.