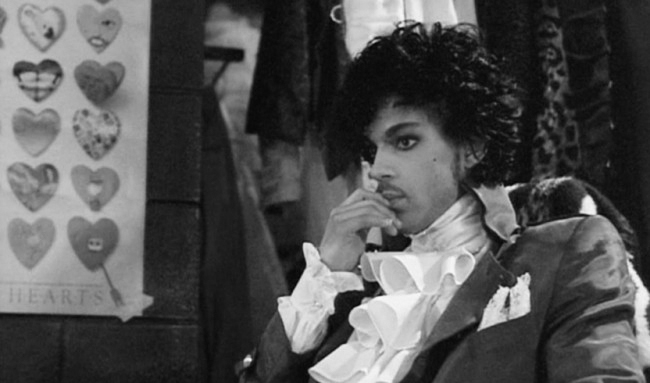 I was sitting in my room Thursday when I received a text from my mother: “Is Prince really dead?”

My first instinct was to assume she was misinformed. I’d heard earlier in the week he’d had some health complications from the flu, but that he was OK.

Fifty-seven-year-old Prince was found unresponsive in his studio elevator in Chanhassen, Minnesota, Thursday. Autopsy results will be released in the coming weeks.

The day of his death saw a host of tributes to the Minneapolis native. Fans flocked to First Avenue, the venue where Prince filmed his famous “Purple Rain” video, for a free dance party in honor of him. His friends and fans flooded social media  with their memories of the late musician and reactions to his unexpected death.

I will not pretend to be a die-hard Prince fan. His is not my go-to CD or playlist; I don’t know any of his songs by heart; I never attended a concert of his; upon hearing one of his songs, I don’t have any substantially emotional memories. Prince was not my idol.

But he’s notable to me because of my mother. Growing up in Minneapolis in the ‘80s, my mom, like many others, was profoundly influenced by him. She was in love with him. I knew of Prince through the connection my mom felt to him. What she shared with me made him important.

When, as a 7-year-old, I heard about the man from Mommy’s hometown who had made it onto TV and the radio, I was inspired for my future. Little Ellen’s living room musicals, original songs and fantasies about fame could amount to something, it seemed.

Prince was a Grammy, Golden Globe and Academy Award winner. He sold 100 million records worldwide. He produced his first studio album at 19. Prince was outstanding. He was also familiar.

Seeing Prince on MTV or “The Muppets,” even “New Girl” somewhat recently, and hearing the song he produced with Zooey Deschanel, reminded me of his role in my childhood aspirations. I’d thought, ‘Damn. He’s from Minnesota, and because of him, this state’s music scene is on the map.’

Prince, Minnesota’s very own, left a mark on me different from the deaths of other artists. I felt loss Thursday because of his humble beginnings and his role as a symbol of hope for me in my youth.

As the crowds and flowers surrounding First Avenue show, I’m not alone in that sensation.