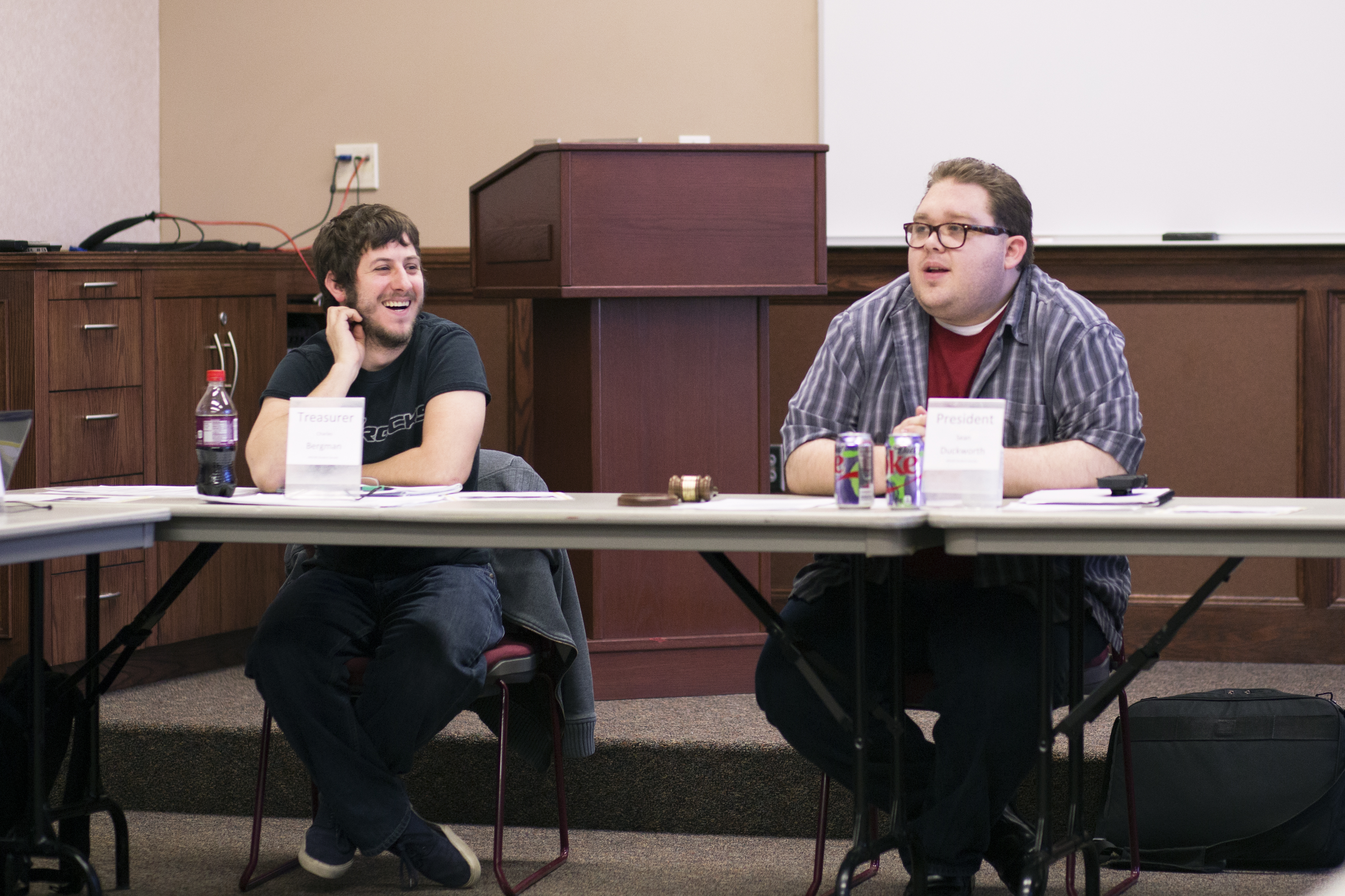 The paths MSUM’s current Student Body President, junior Sean Duckworth, and its President-elect, senior Chris Bergman, took to their positions are certainly different. California-born Duckworth, a political science major, planned to go into student politics for a long time. Minnesota-born Bergman, a biochemistry and biotechnology major, stumbled into it one day and decided to go for it.

The men have worked together the last couple years, representing their stakeholders as student senators.

In the Senate’s latest election, the results of which were announced April 22, Bergman ran for the presidency unopposed. He and Duckworth said it’s indicative of a lack of student engagement.

“Students are busy,” Duckworth said. “Between school, work and taking     care of their families, there isn’t a lot of time for senate.”

It’s a problem they both understand well. In addition to school and Senate, Duckworth works as a student aide in MSUM’s nursing department. Bergman has research he needs to do for his major. Duckworth said it doesn’t help that committee meetings are often scheduled during school hours or when people are working.

Still, Bergman complimented Duckworth on his role in increasing student engagement. Duckworth said that shift led to one of his biggest accomplishments as President — making several notable changes to the constitution, some affecting how student organizations are funded and student activity fees collected.

Bergman said he hopes to encourage further engagement by increasing the time senators spend with their constituents. He said he’ll encourage his senators to table frequently in their constituents’ spaces “just to get information out there and to talk to people.” It’s important for students to get to know their senators, he said.

Bergman said he hasn’t talked with too many administrators yet about his new job. Duckworth said interaction with administration is a big part of Bergman’s new role. Duckworth had monthly meetings with President Anne Blackhurst and Provost Joseph Bessie during his tenure. He said the relationship between student government and faculty is in good shape, though in some cases he’s had to push administrators a little.

“There were times when I’d have to remind administrators and directors that if you want to make appointments, student government has to approve them,” Duckworth said, adding there were times he’d ask a department for documents before a meeting, leading to more of a hassle than there should have been.

Bergman said the administrators he does know have a good relationship with him. He said many of those he worked with as a student senator congratulated him when he won.

Next semester, Duckworth will be serving as treasurer of the Minnesota State University Student Association. During his presidency, he held a seat on MSUSA’s board of directors. He said that experience has given him insight into issues he wants to work further on.

Among these is deciding what to do with the approximate $600,000 MSUSA set aside to buy its own office building. The money has gone unused since the association decided renting office space was a better plan a few years ago — something Duckworth said isn’t right.

“The main focus is to spend that money down responsibly, because it’s not really right to have that large fund without any plans for it,” he said, adding he would like to see MSUSA use it to create a new staff position focused on equity and inclusion. As treasurer, he will work to see the amount of money MSUSA gets from each student increase from 43 cents per credit, where it’s remained for a few years.

Duckworth said after his tenure at MSUSA concludes, he plans to pursue his master’s degree at MSUM. He may return to senate as the senator of graduate studies then, he said.

One of the biggest challenges Duckworth said he faced as president was when his vice president, Megan Parks, left in the middle of the academic year to study abroad in Spain. Despite having talked with her about it a few times throughout the year it wasn’t confirmed until around winter break, he said. The senate decided replacing her would be too difficult and time-consuming, so the position was left open, Parks’ responsibilities spread among others. Next semester, Parks’ former position will be held by Courtney O’Reilly

“If you have issues, come talk to us,” Bergman said. “Be engaged. Join committees. That’s where you’re going to get policy and input.”