Bash on the bridge a major hit 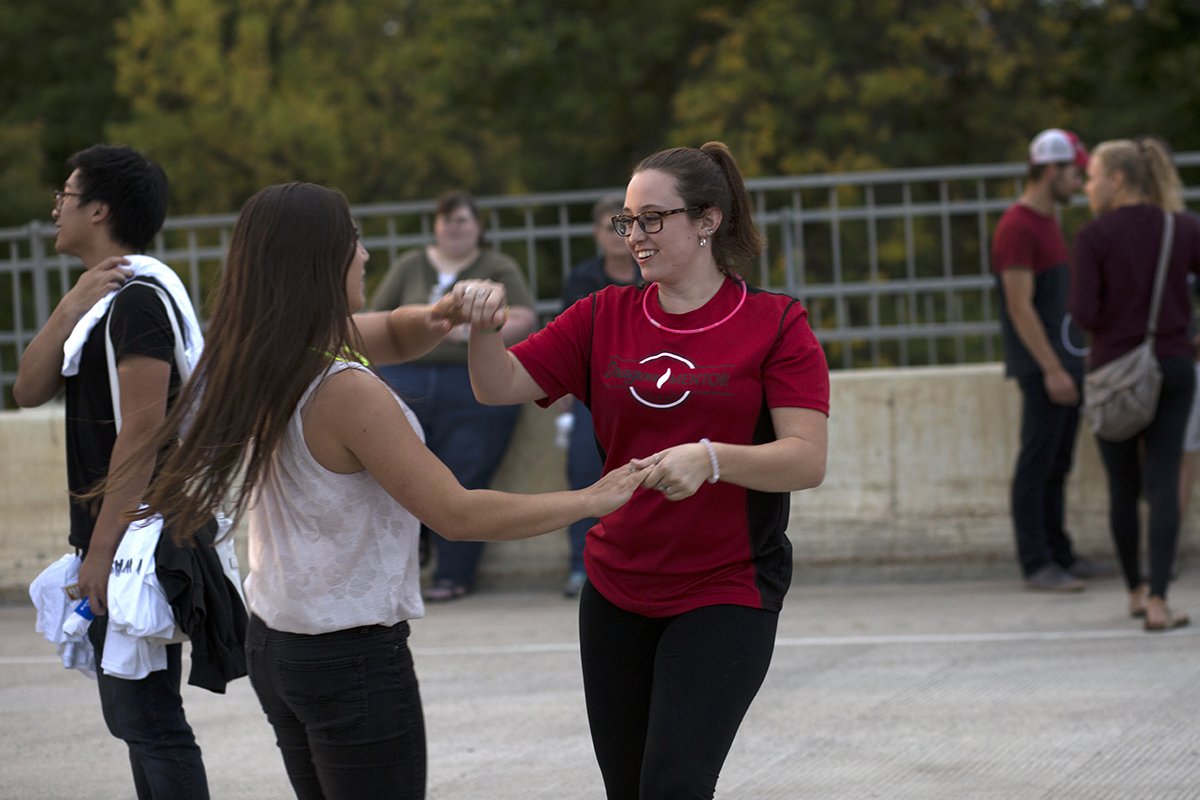 Food trucks, yard games, kayaking, canoeing, and the Johnny Holmes Band crowded the First Avenue Bridge in Moorhead for the Bridge Bash on Sept. 8. MSUM students and fans made their appearance known, with red Dragon shirts dotting the scene.

Dragon Mentors, leaders of the learning communities on campus dedicated to helping freshmen in a specific major with their first year at MSUM, made Bridge Bash a priority. All Dragon Mentors, including sophomore Kate Berning, were required to attend the event and encourage their Learning Community students to come as well.

“I love [Bridge Bash],” Berning said. “You don’t actually have to spend any of your own money, so that’s nice for students on a limited budget.”

In addition to the Dragon Mentors promoting the event, colorful fliers were placed throughout campus, encouraging students to attend. There were even free rides to the event from campus.

“There was fliers everywhere that were like, ‘come to the Bridge Bash,’ so I was like ‘All right I will,” freshman Jamison Cortinas said. “It gives me a chance to explore, since I haven’t been around the city all that much since I moved here.”

Students were given tickets, which could be used to buy food from food trucks such as Blackbird Woodfire Grill. 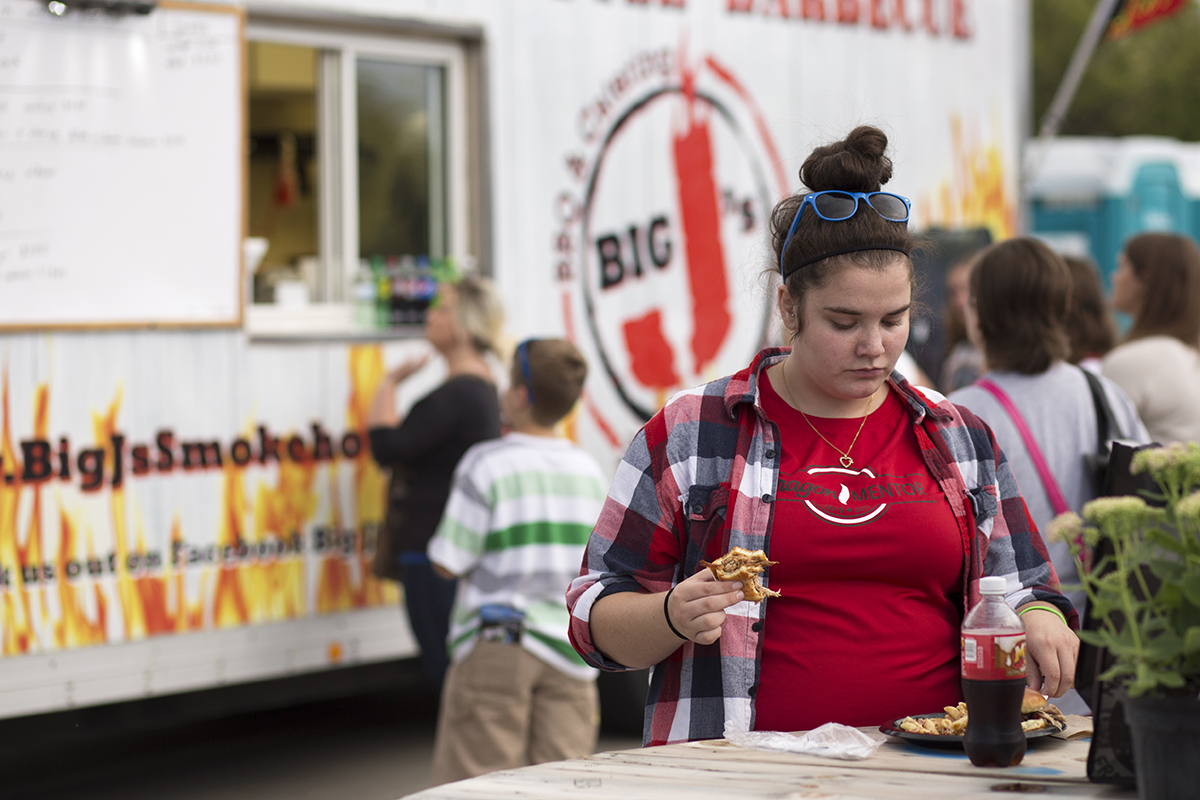 “They said they were giving out cash, but they were actually the Bridge Bucks,” sophomore James Nguyen said. “Which I guess is the same thing, because it works for the food. If you collect enough of the bucks you get free food and that is the best thing so far.”

Although the bridge was mostly swarmed with MSUM students and faculty and Moorhead community members, two other guests made an appearance: Argo, the police K-9  German Shepherd Dog and a Golden Retriever puppy, which Cortinas found to be the best part.

“I saw a really nice puppy that I almost fell in love with,” Cortinas said. “I went over to pet it and it was wonderful.”

As if free food and puppies weren’t enough to draw in a crowd, students were allowed to take a canoe or kayak ride on the Red River. Freshmen Riley Schumann, Erik Egelkraut, and Jake Lerom braved a canoe ride during the short burst of rain at the Bridge Bash. 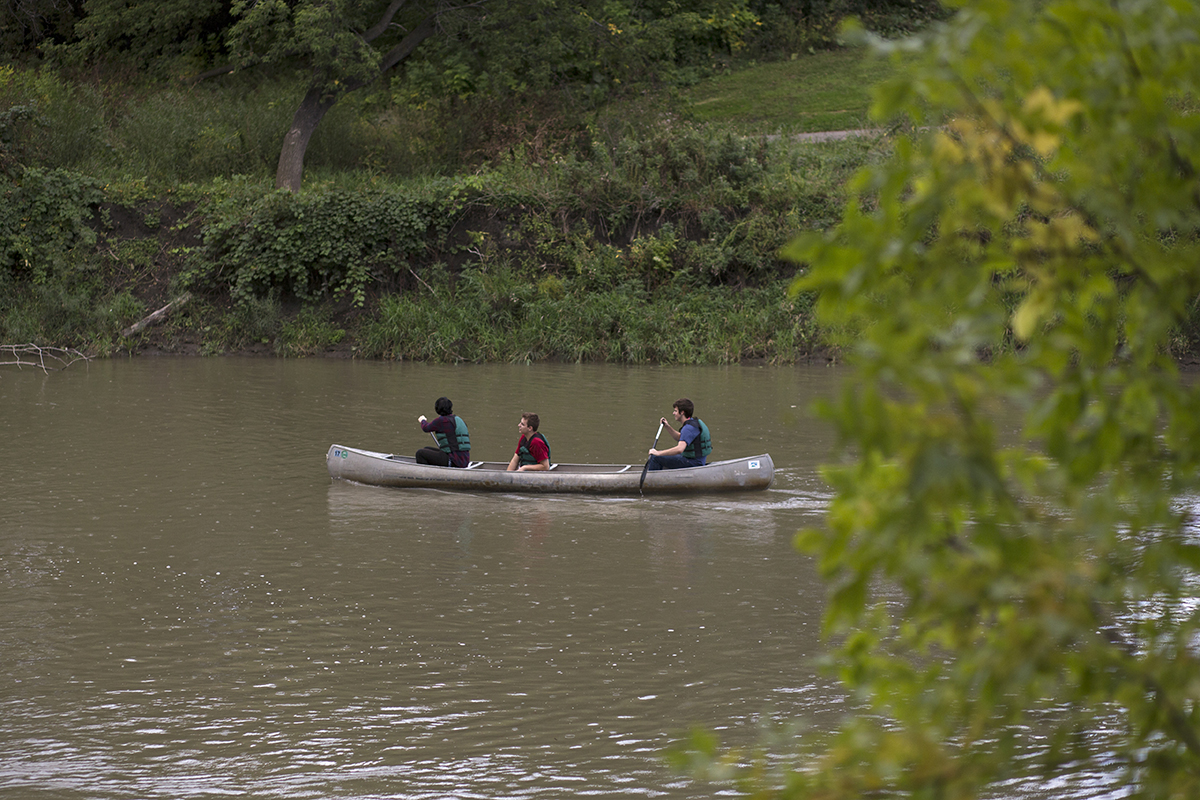 The Johnny Holmes Band ended thenight with a concert, taking over the First Avenue Bridge, while concertgoers of all age groups danced on the streets.

Based on all the activities provided for the Bridge Bash, students agreed they would come back to the event and also attend similar events.

“They should have more things like this, because Moorhead is pretty small and having more events is pretty cool, “ Nguyen said. “The more the merrier in this case.”

Water protectors or protesters? Media portrayal may not be whole picture