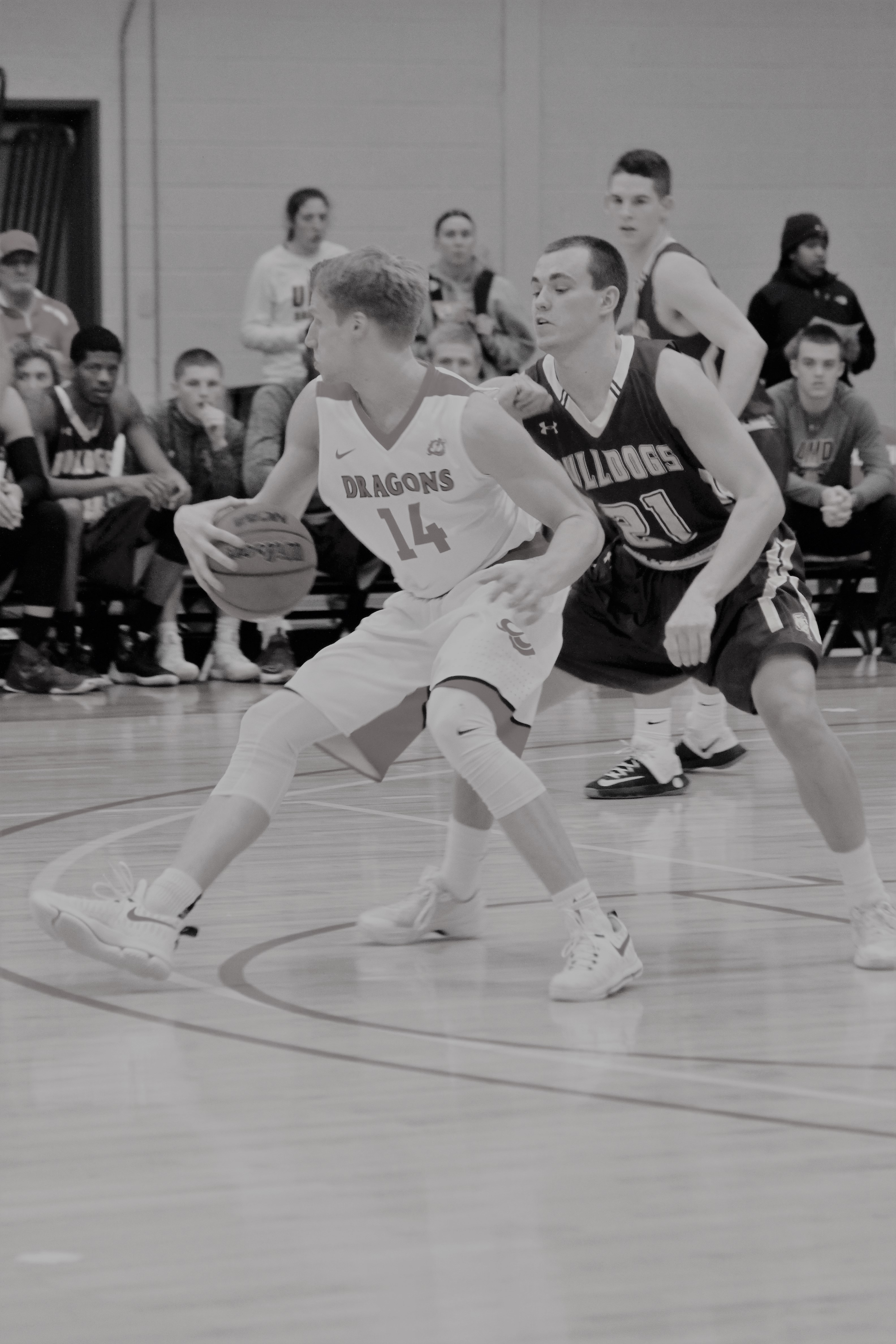 Shooting threes, playing unselfishly, good defense and overcoming a tough game schedule have been the essential aspects for MSUM men’s basketball this season.

Despite six of MSUM’s eight games in January being away, the Dragons posted an impressive 7-1 record.

“I think the reason we had a good January is because defensively we’ve improved,” head coach Chad Walthall said. “Another reason is our supporting group has become better. We’ve had some new, young guys who’ve grown into their positions, stepped up their game and become more comfortable.”

Senior guard Aaron Lien added that MSUM’s ability to share and shoot on offense has also been an important factor during their hot streak.

“We’re a really unselfish team,” Lien said. “We share the ball offensively, which has been important to our success this year.”

The three-point shot has been one of MSUM’s specialties this season. Junior guard Tanner Kretchman, senior forward Ayob Ayob and Lien are all shooting around 45 percent from the three-point line.

“Every program has two or three staples they recruit for,” Walthall said. “We’re a big proponent of the three-point shot.”

Given the team’s ability to shoot the ball, Walthall encourages his players to take shots whenever possible.

“Shooting is important to our offense,” Lien said. “Coach Walthall loves the three-point shot; he encourages us to take any open looks we get.”

Although the Dragons do have games where the team doesn’t shoot the ball well, Lien feels MSUM’s dynamic offense can score in a variety of ways.

“Some nights the three-point shot doesn’t fall,” Lien said. “We have other ways to score though, such as attacking the hoop and passing inside to our post players, who can do some damage.”

Last year the Dragon offense ran primarily through Isaac Sevlie, who was MSUM’s leading scorer and rebounder. Lien said the team needed to fill the void left by Sevlie.

“Since Sevlie graduated, we needed some guys to step up,” Lien said. “I felt that was a role I could move into this season.”

Lien has indeed stepped into a major role on offense. This season he is shooting a staggering 57 percent from the field, compared to his average last season of 48 percent. Lien’s shooting efficiency has allowed him to increase his scoring average from 11.8 points per game last season to 18.3 points this season, while only taking an average of three more shots.

“I worked a ton in the offseason to be able to get my shot off quicker and on different ways to get open and create space,” Lien said.
Along with Lien’s offensive game, he and Walthall spoke of the team’s dedication to getting better at the defensive end of the floor.

“Our defense is definitely better from the beginning of the season,” Lien said. “It’s something we take pride in to practice and improve upon.”
Along with playing good defense, Walthall said the keys for MSUM are to get solid play from their supporting cast and grab more offensive rebounds.

Walthall and Lien spoke of the advantages of playing on their home floor in Nemzek Fieldhouse and the great support they receive from the students.

“It’s awesome to see the students on campus come out and support us,” Lien said. “We feed off of that home-court energy; the crowds we’ve been getting this year have been great.”

“It gets loud in there; it’s a lot of fun,” Walthall said. “In the fieldhouse, the stands are relatively close to the floor, which gives the atmosphere a great feel.”

Walthall and Lien feel the Dragons haven’t had the best schedule this season since they have played 13 away games and only eight home games entering the weekend. They said the team’s schedule has included more frequent road trips, and their home games over winter break averaged 455 fewer people in attendance.

“It’s definitely nice to be at home with the crowd behind us,” Lien said. “It feels like there have been some stretches this year when we’ve had long road trips, but whether we’re playing at home or on the road, we’re going to come prepared and ready to go.”

Lien said as the postseason approaches, the team will continue to work hard in all aspects of its game.

“We need to get better every week,” Lien said. “Hopefully we’re playing our best basketball by late February and early March.”

A fact by any other name