Placing on the podium 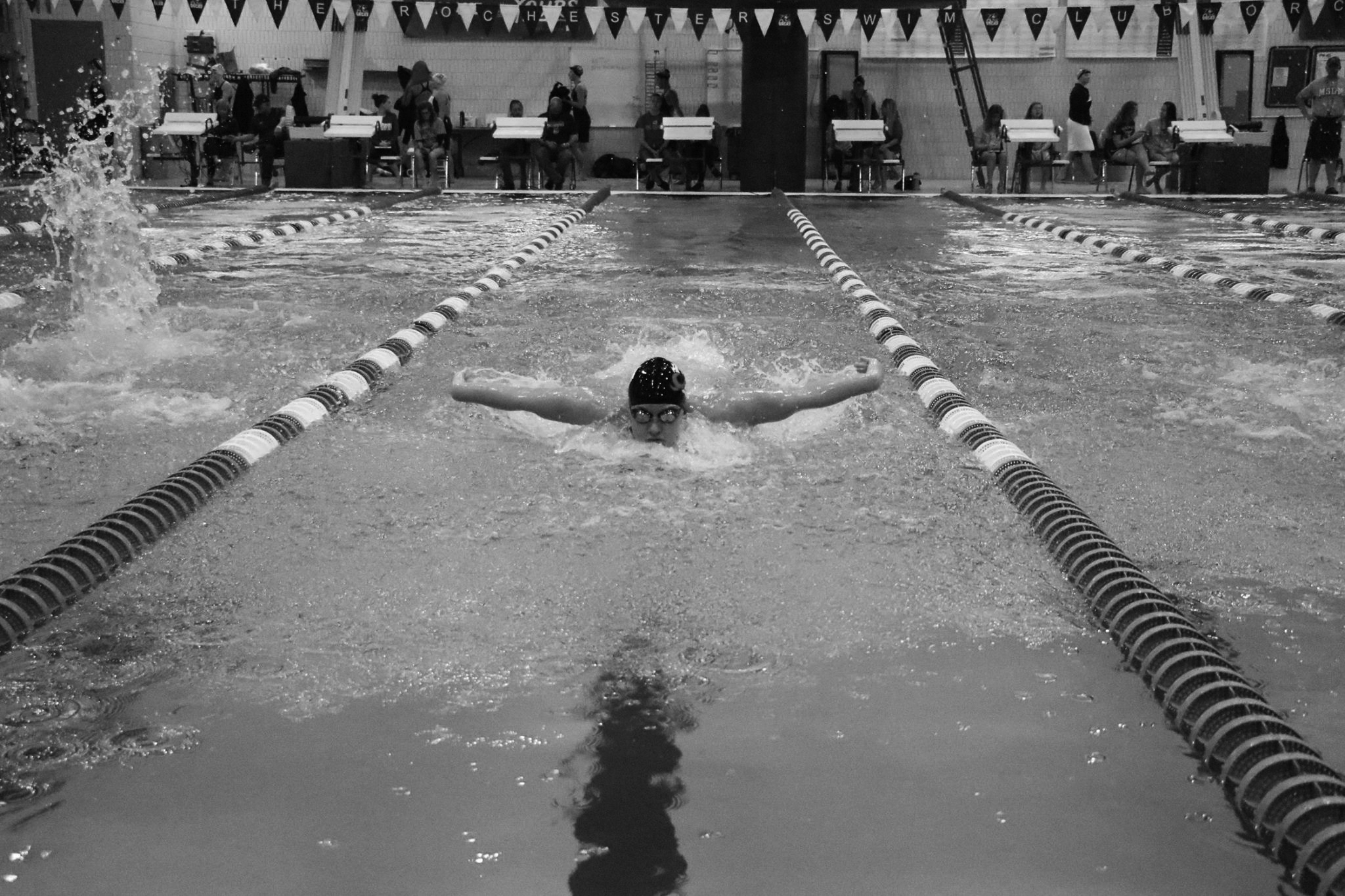 The team left for Rochester Sunday, Feb. 5. On Monday, they relaxed during the day by visiting the nearby mall and in the evening practiced technique in the pool.

The next four days were stressful, nerve-wrecking races the girls had been training six months for. Prelims were in the morning, where seven teams fought for a spot to swim in the afternoon finals.

The MSUM 200 medley A relay started out strong and finished to the end with a time of 1:44.53, a National B cut time. Junior Erin Sullivan swam backstroke, sophomore Taylor Beynon breaststroke, freshman Téa Nyland butterfly and finishing the relay was freshman Breah Anderson in freestyle. They came in a second behind Minnesota State-Mankato, who placed first.

The 200 medley B relay was right behind them, finishing in fifth place with seniors Madison Kuznia, Shae Bodrero and Ashley Higgins, as well as sophomore Lexi Heil.
The 1,000 freestyle was next. Junior Molly O’Brien swam an incredible negative split in her 500s and swam a lifetime best in the first 500 freestyle. She placed sixth, bringing her to the podium. Senior Kelly Engbring was 10th, and sophomore Natalie Kampa was 11th. Freshman McKenna Togstad was 13th with a lifetime best, breaking 11 minutes for the first time.

Sullivan placed fourth in the 200 individual medley with a 2:06.71 time that broke the school record. She also set the 50 fly school record in the race with a 25.65.

While doing homework and slowing getting sick, the team remained strong throughout the second day.

The Dragons held third place and continued to close the gap between MSU Moorhead and the Mavericks.

The B relay once again reached the podium in fifth place with Kuznia, Bodrero, freshman Leticia Rodovalho and Higgins.

Beynon finished third in the 400 individual medley, beating the school record with a 4:28.95, a national B cut.

Sullivan placed second in the 100 butterfly with a 56.10, which was another school record and national B cut. Nyland accompanied Sullivan on the podium with a 58.70, placing in seventh.

Diving also took to the boards on the second day. Sophomore Amber Westereng was fourth in 1-meter diving with the score of 367.70, while senior Amanda Groebner was sixth, scoring 348.15.

Although sickness was taking over the team and many swimmers had to take a break, they still swam well throughout day three.

Sullivan placed first in the 100 backstroke, breaking the school record and just missing the NCAA national A cut. Sullivan is now ranked third in division two in 100 backstroke. Kuznia swam in the same heat and finished sixth.

“I am going to miss Erin a lot,” Kuznia said after she finished swimming her last 100 backstroke with Sullivan. “She has been my training partner for three years, and there is never a dull moment when you are with her.”

“It was so much fun to swim the 100 breaststroke in finals with seven other Dragons,” Haugrud said. “We have all been training together, and it all paid off in the end. You could tell the Dragons were stacked in breaststroke.”

With sickness taking a toll on the team, they battled out the last day at the NSIC conference championships.

All the Dragons, including some coaches, took a nap at the pool while waiting for finals to begin. Skarie and freshman Alexandria King kept the pool atmosphere lively with dance moves around the pool deck.

3-meter diving kicked off with amazing dives from Westereng, Groebner and freshmen Noelle Berg and Chantell Mindt. They all stayed strong throughout the competition.

Sullivan and Kuznia finished the 200 backstroke in finals in the A heat, while Beynon, Nyland and Bodrero swam in finals for the 200 breaststroke.

Some Dragons will be waking up early on Monday to continue training for Nationals, while others will be supporting them every step of the way.