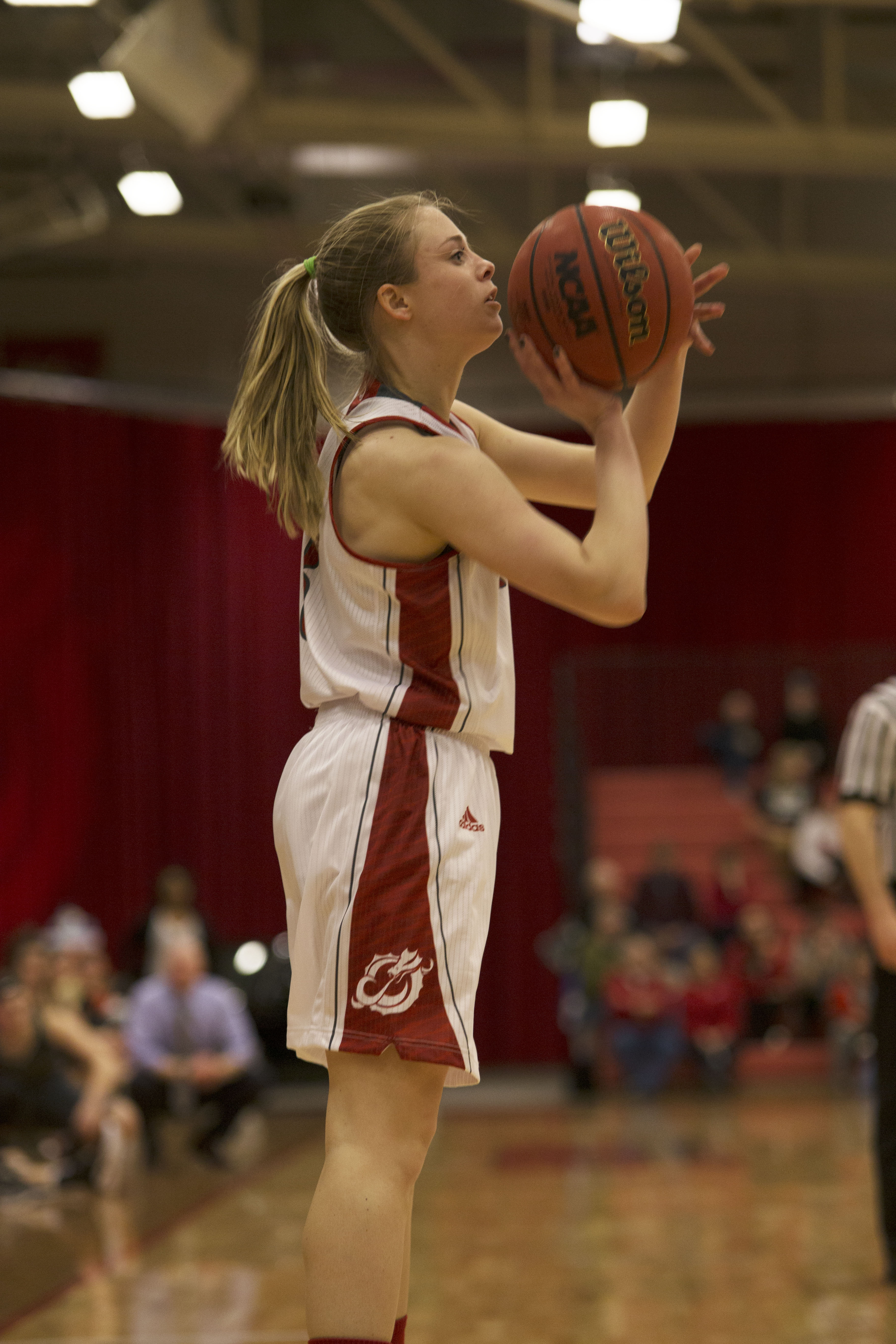 The MSUM women’s basketball team is having the season of a lifetime—one that’s consistently landing coaches, players and the team in the record books.

“We’ve accomplished a lot of things, but I think the bigger goals are still ahead of us,” head coach Karla Nelson said. “We are fourth in the region, and that’s the most important thing to us right now.”

Last week, the Dragons matched their highest ranking ever in a national poll, placing 11th in the WBCA Coaches Poll released Tuesday. The last time MSUM was ranked this high was in December 2008.

Nelson also celebrated her 300th win this season in an 81-77 overtime win over St. Cloud State University on Feb.17.

“That was super fun, really special,” junior forward Drew Sannes said. “Not a lot of coaches get to that milestone. And it was an exciting game; we could have easily lost that game, but we pulled it out, and we were able to celebrate that with her.”

This is Nelson’s 17th season as the Dragon’s head coach. In addition to being the only MSUM women’s basketball coach to record 300 wins, she has also had 17 consecutive winning seasons. But she isn’t done yet.

“[Looking ahead] we’re going to have to again defend, rebound the ball and take care of the basketball; we don’t want to turn the ball over,” Nelson said. “Those have been our three staples this year, and we need to make sure we bring those to Sioux Falls.”

It’s been an eventful week for the Dragons. Sannes was named the Northern Sun Intercollegiate Conference (NSIC) Player of the Year in women’s basketball. According to MSUM, since the award was first issued in 1993-94, Sannes is the first Dragon to receive the Player of the Year award.

“Success starts with your leadership. Natalie Van Wyhe has been solid for us at point guard. She knows scouts better than anybody,” Nelson said. “Our captains, Drew Sannes and Cass Thorson, have done a tremendous job of being good leaders and playing consistent basketball on both ends of the floor.”

The announcements were made shortly after the women dominated Southwest Minnesota State in the opening round of the NSIC/Sanford Health tournament. The Dragons won 71-35, improving their record to 24-3 overall.

It’s no question the Dragons have had a stellar season. But what’s the key to a winning season? Hard work, leadership, chemistry? According to the team, it’s all of the above.

“We’re really close. Chemistry-wise, it’s all there, and I think that has a lot to do with our performance this season,” Van Wyhe said.

Sannes agrees that adding chemistry and being able to trust in each other goes a long way.

“I think with a lot of freshmen coming in, we had to really work to build that chemistry as quickly as possible,” Sannes said. “I think we’ve gotten to a point where we’re all really comfortable with each other. I think that’s contributed a lot to our success.”

The women also have a tendency to think alike. Van Wyhe, Sannes and Nelson all agreed that while this season has been successful, the Dragons have their eyes on a bigger prize.

“We’re looking to go as far as possible,” Van Whye said. “Honestly, we think that we have a chance at winning the (championship), so we’re going for that.”

Next, MSUM faces Sioux Falls at noon on Saturday at the Sanford Pentagon in Sioux Falls.

Get active, get hired