During World War I, a group of soldiers turned friends returned to Central Missouri State Teachers College in 1920 with hopes to continue their wartime camaraderie by forming a new fraternity, Sigma Tau Gamma.

Fast forward 97 years, and a local chapter of Sigma Tau Gamma, or Sig Tau, has once again graced the campus of MSUM for the first time since the 1980s.

Though still in its infancy, the passion and dedication witnessed by chapter president Dalton Bartz is more than enough to build high hopes for the future.

“It’s kind of inspiring to see people come together and work on the same thing,” Bartz said. “I’m involved with other groups on campus, and it’s always disheartening when people come on board and don’t really want to get involved—they just join for the sake of joining. But it seems like every single person who has joined this so far is actually involved and wants to help and wants to do better.”

On the front page of the Sig Tau national website in big, bold letters is the phrase “Building Noble Gentlemen.” The brothers at MSUM have wholeheartedly bought into that concept.

“(Sig Tau) came back because it’s a great fraternity. It’s a great message: noble men leading a generation of gentlemen,” said Zach Greene, the Sig Tau brother responsible for holding members accountable to the fraternity’s noble nature. “(Being a gentleman) means being a good person, a person that you ask for advice and a person that you look to and say, ‘They’re doing this. I know this is the right thing to do.’”

On top of being a gentleman, each of the three thousand active Sig Tau brothers across the country adheres to six principles: learning, integrity, excellence, leadership, citizenship and brotherhood. To Bartz, those pillars don’t remain within the confines of the university when a member graduates. 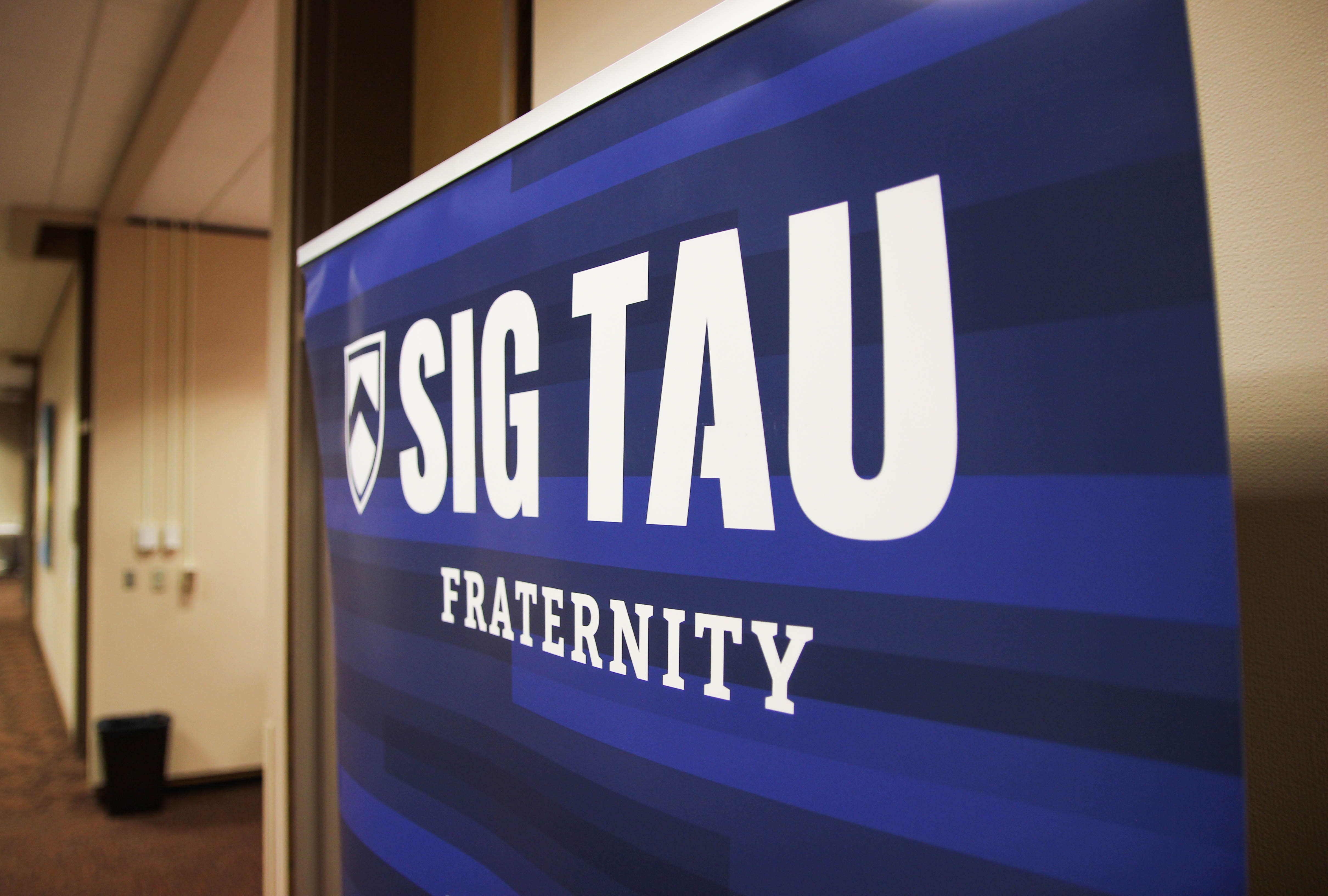 “(The pillars are) something that follows you through your life,” Bartz explained. “You don’t come here, join it and learn about them and then grow up and move on. It provides you these lessons you’re able to take into careers and into life going on and into the relationships you have and the families you start.”

According to Bartz, a new Sig Tau brother should have an academic focus and be willing to put forth the effort to exemplify nobility and respect.

“I’m not saying that we’re super uptight or anything. We just have certain standards for how to be respectable in public,” Bartz said. “We don’t want to be pushy; we just want to provide that brotherhood aspect and show that we’re here to be respectful.”

It’s been well over 25 years since Sigma Tau Gamma has had a home at MSUM. Time will tell if the chapter will be able to endure the test of time.