Much to the dismay of Harry Potter fans around the world, it is impossible to travel to the United Kingdom and study at Hogwarts, the fictional school of witchcraft and wizardry. However, it is possible to find a place to study if a magical curriculum isn’t an absolute requirement.

Five MSUM students spent their 2017 spring semester enrolled at the University of Lincoln, a school located 120 miles north of London in the heart of England.

Cayne McCaskell (advertising) and Shay Dahle (film production), both seniors, joined three other Dragons who found themselves getting an education six time zones away from Moorhead. There is a long-running exchange between the two universities that brings a handful of Lincoln students to MSUM for the fall term, and sends a group from the States over the Atlantic every spring.

Apart from the difference in time, many aspects of the school’s operation differed from its American counterpart, despite having the same language and a similar culture.

McCaskell said there wasn’t busy work to check the students’ progress. Instead, each class had as little as one large project or essay due at the end of the term.

McCaskell welcomed these changes and new concepts, but Dahle had a different reaction.

“You don’t do very much throughout the semester, and then you have a bunch to do at the end, which was hard for me to get used to because I like all of the little stuff along the way,” Dahle said.

One of Dahle’s classes was even taught by three different professors with different kinds of expertise throughout the semester to facilitate truly specialized learning. That change came a little easier.

“Once you got the hang of it, it was nice. Then, if you don’t like one professor, you only have to see him once a week,” Dahle said with a laugh. 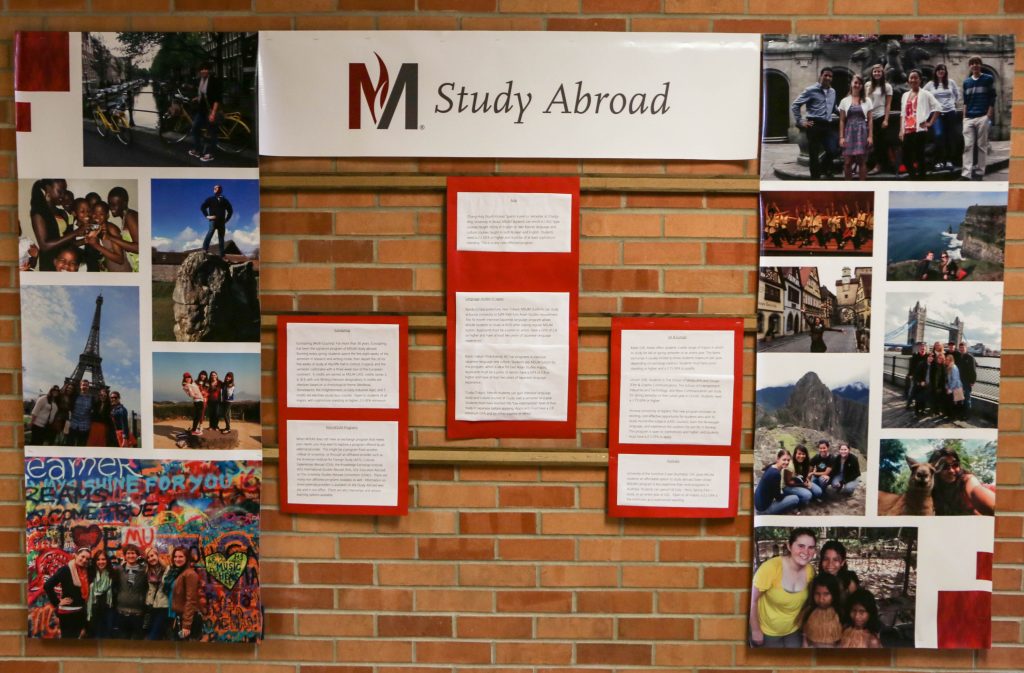 An education abroad may be the reason both universities sponsor this academic endeavor. However, the many reasons why each student decides to leave their safety net are all unique. In those reasons, the word “school” was nowhere to be found.

McCaskell, a native of Pierre, South Dakota, had always entertained the idea of studying abroad whilst in college, but before the summer of 2016, he hadn’t acted upon it. As he sat in his basement, eyeing his final two years as an undergrad student, he quickly realized he had to do something out of the ordinary. He was bored.

“I just went for it,” McCaskell said.

Acting rashly and making a grand decision was a foreign concept to the South Dakota native.

“Usually, I’m one of those people where I’ll sit down and plan something for so long, and it never happens. This was a big change for me,” McCaskell said.

Dahle’s motives to study abroad were slightly different. Hailing from Watertown, South Dakota, she has always been fully obsessed with the idea of England: the history, the culture and the accents. To some, the option of going on the Lincoln exchange was a small perk to being a student in Moorhead. To her, it held a little more importance.

“Even when I was transferring to MSUM, my prerequisite was that they have to have an England study abroad program,” Dahle said. “I don’t care where it is, but it has to be England.”

Upon arriving in England, the rush of physically being in the country of her dreams lasted a few weeks, but intense homesickness can set in early for someone that comes from a tight-knit family.

“I texted my family everyday. I know that was ill advised. We weren’t supposed to do that, but it helped me,” Dahle said.

For McCaskell, his biggest struggle was with money. It wasn’t the lack thereof, but spending it in the wrong places.

“You’re not working while you’re there. You’re basically living on scholarships and loans and whatever else you spend of your own money … I had to call my dad a couple times to give me some [money] towards the end,” McCaskell said.

Money problems aside, both McCaskell and Dahle found their trip to be well worth the time and money. Gallivanting around Europe in countries such as Spain and the Netherlands has that kind of effect on people.

This spring, life has returned to normal, and all five of the MSUM students have their feet firmly planted back in Moorhead … for now.