It’s no secret. The ability to code is one of the most sought after skills in today’s society, and five computer science students are doing their part to increase involvement.

Just over a year ago, the MSUM students started the organization Computer Science Outreach Development and Education, or CODE for short, to share their passion for computer programming.

“We founded CODE in December 2016 pretty much based on an idea that we wanted to get more involvement from the community in computer science and reach out to the community more,” senior Annika Greaney, the president of the club, said.

The idea for CODE started when Google came out with a program called igniteCS, which encourages college students to teach coding to local children.

“We kind of talked about wanting to do something, but when that Google funding came out, it got our ideas spinning about what we could do,” secretary Mariah Kinneberg said.

The students hurried to put together a team and applied for funding from igniteCS, but they did not receive any. However, they did not let that stop them.

“We received that first denial from igniteCS, and it was like, ‘This is hard. We have no budget; we have no nothing,’” Greaney said. “Then we opened the registration, and we reached out to Ellen Hopkins (Elementary School).”

Despite having nothing, they were determined to make it work. 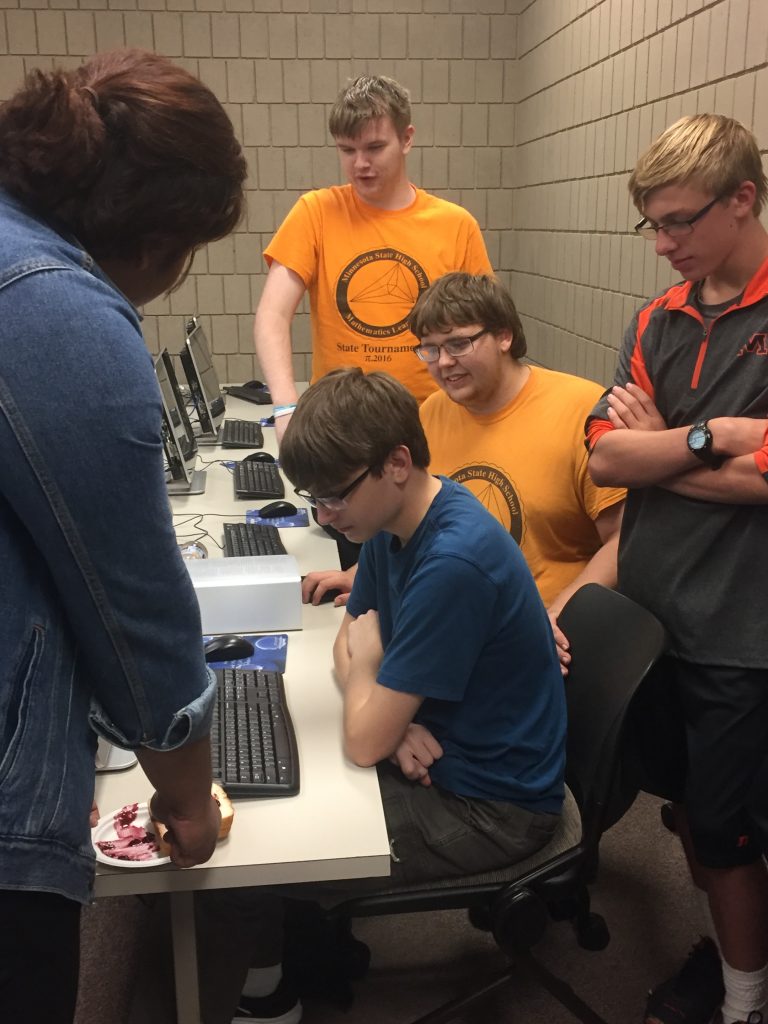 “The first time we did it, they gave us little paper slips that the parents had filled out. We had nothing. We had no technology of any kind, and I kept driving down there and picking up all these little slips and being like, please show up.”

And they did show up. The first class, using Scratch, taught 20 elementary schoolers how to do very basic programming. After the success of the class, the CODE team decided to continue classes, teaching Scratch and the more advanced Python, which is geared toward high schoolers. CODE has now taught the free courses to around 150 students in the Fargo-Moorhead area.

Feedback from students and parents flooded in. Greaney recalled one email she received from a mother whose daughter had been scared to pursue her interest in math and science.

“Her mom’s email literally said to us, ‘Thank you for showing my daughter that she can do what all the boys do.’ Her daughter was too scared to do it because she was being told by all the boys that no, that’s not what girls do,” Greaney said.

Teaching young girls is a soft spot for many members of the executive board, as four of the five are women. According to the National Center for Education Statistics, only 18 percent of bachelor computer science degrees were awarded to women in 2015.

“It’s basically giving kids the mindset that computers aren’t something to be scared of, especially young women, because that ratio is very large when you look at a lot of STEM majors on campus and even in our department,” Aishat Olowoshile, the community outreach director for CODE, said.

For the members of CODE, computer science moves beyond just learning computer skills.

“Programming is so much more than just writing lines of code. It’s all about the problem-solving, the logical thinking and that sort of thing,” Greaney said. “Every project you work on is going to be different, and it’s going to bring with it a unique set of tasks and challenges.”

In addition to teaching a valuable skill to put on one’s résumé regardless of career, CODE also hopes to teach high school and MSUM students general online professional presence at their Professional Development Workshop on March 17.

Though only a year old, CODE has high hopes for the future.

“My biggest vision for CODE right now is in the next few years, we influence the community in such a way that we have more students … people who are actually interested in questioning and answering world issues and technological issues,” Olowoshile said.

Classes are currently open for registration.

My friend tried to recruit me in a pyramid scheme, so I interviewed her boss