A new band with an unusual name is coming to the music scene in Fargo-Moorhead.

Naïvety, a new indie rock style band, released its first album this summer and now performs live shows in the area. Half its members are current students at MSUM.

“I think it’s super important to always view yourself as a little naïve,” Antonio Johnson, one of the founding members of Naivety said. “[Be]cause if you view yourself as unable to learn anything else…not only are you gonna not learn anything; if you think you know everything, but you don’t, you won’t improve,”

Johnson, a fifth-year music major at MSUM, started the band with his friend Matthias Ehlers. The idea occurred to the two of them in 2016, and they started looking for members soon after. Within eight months they had four band members: Johnson, Ehlers, Tim Walker and Sam Enochs.

Johnson began the search for a new drummer when Enochs moved back to Minneapolis When he found junior Hunter Webster through the music program at MSUM, Webster became the band’s newest member.

Johnson does vocals, guitar, keys and bass (sometimes). He does a lot of the business managing side of the band, including booking shows. He writes roughly one half of the band’s songs.

Ehlers is the lead vocalist; he also plays the guitar and keys. He works for a sound company called Live Wire and did a lot of work recording Naivety’s first album. Ehlers writes the other half of Naïvety’s songs.

Walker graduated from MSUM with a Graphic Communications degree. In college, he played for the worship band in Chi Alpha, a Christian organization on campus, and met Ehlers and Johnson there. He plays bass and drums for Naïvety, as well as designing a lot of the band’s merch, album covers and flyers.

“That’s always super fun design work, [be]cause I basically get to do whatever as long as the band’s on board. I’d say that skill has come in handy pertaining to that specific area of my life for sure,” Walker said. 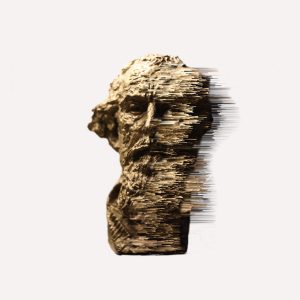 According to Johnson, the band had an agreement to record an album before they did any live shows. Walker, the drummer/bassist, said they recorded their first record in a “dingy, creepy basement.” Naïvety released its first album, “Endear,” in early June 2018.

The band’s first performance was at Johnson’s house.

“In underground indie and punk music there’s a thing where people have shows at their house,” he said. “It’s called a house show. It’s basically like the same as a normal show, but the band sets up in the living room and everyone like crowds in there and watches the band like that’s the venue,” Johnson said.

According to Johnson, the songs “502” and “Mender,” sum up the heart of the band. He shared the inspiration behind these two first album releases.

Johnson said Ehlers wrote “502” out of a struggle with friendships.

“Mender” speaks about how time can heal a relationship. Johnson said he wrote the song about how people change over time and how bad relationships can be healed.

Naïvety’s music reflects an attitude of thoughtfulness, expressed creatively. Their music exposes a willingness to keep learning about life.

The band has several upcoming live shows. Naïvety will perform at the Aquarium in downtown Fargo on October 16 at 8 p.m. alongside The Bike Thiefs, Wild Amphora and Stovepipes. They also have a show at The Aquarium on October 30 at 6 p.m. alongside Citizen and Household.

Letter from the editor: Looking forward to this year