‘Veganism’ comes off as a naughty word to some. It’s right up there with ‘Democrat,’ ‘Republican,’ ‘pro-choice,’ ‘pro-life,’ etc. Those words, although not bad, often cause tension at the Thanksgiving table.

Veganism, for those who don’t know, is when a person avoids any animal product, not just meat. Makeup that was tested on dogs, leather, honey, some additives, some natural flavorings, tattoo ink, dryer sheets, and even paintballs all may not be vegan-friendly. Anything at all that is produced at the cost of animal life or labor is usually not considered vegan.

Just like there are almost a million different paint samples for the color white, there are many different shades of veganism. It truly depends on how strict the person chooses to be. At its heart, veganism cuts out as many animal products as is possible. 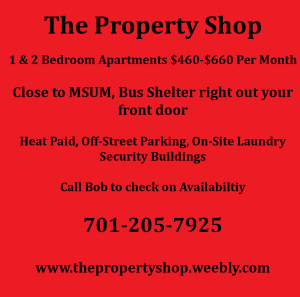 One junior, Niveen Hassan, considers herself a strict vegan. The reason she became a vegan is because of personal ethics.

“I am vegan for animals. I don’t really think about the health benefits or helping the environment. It’s about the animals for me,” she said.

Junior Seth Keene does not consider himself a strict vegan.

“I do my best, but I don’t believe in ‘vegan powers.’” He became a vegan because his parents stopped buying animal products. “I was still allowed to eat whatever I wanted, but eventually I stopped wanting to [eat animal products].”

Students struggle with veganism in many ways on campus. For one, most college students do not have money to spend on vegan products.

“Because college kids don’t have a ton of money to spend, I recommend that they keep their eyes out for sales,” Hassan said. Some brands she mentioned were Target Cartwheel, which is an app that shows you what’s on sale, and Amy’s Kitchen.

“If it’s a struggle for you financially, the Dollar Tree across from Hornbacher’s has $1 quarts of soymilk. Aldi next to Walmart has a lot of really cheap high-quality options,” Keene said.

Another reason students struggle is because they believe that there are not many options for vegans on campus. To contradict this statement, Kise Common’s Operations Manager Deb Nordgaard said, “We strive to be accommodating, whether that be honoring religious food restrictions, or dietary restrictions.”

Both Roberts and Nordgaard reiterated the importance of simply asking.

“If you have any questions about whether something is vegan or not, always ask,” Nordgaard said. Nordgaard also said that they always have a vegan option for all the meals they cook, and all meals are customizable.

“If anyone needed help finding vegan options, the staff will help them make choices,” Roberts said. There may not always be strictly vegan options for everything, but students are encouraged to mix and match at the deli, salad bar, etc.

Nordgaard estimated that there has been a 15% increase in the requests for not just vegan, but other dietary-restriction options. For Chef Roberts, this is challenging, but also fun.

“I am always looking to amp up vegan flavors. I enjoy playing around with different foods,” Nordgaard said. “We are very conscious of the rise of veganism on campus.” To accommodate this rise, Kise has added a vegan-only salad bar, and everything that is vegan is marked.

“I bring a snack, usually an apple,” Roberts said.

Keene is also the same way.

“I live off-campus, so I don’t often eat there, but when I do, I mainly eat fruits and vegetables.”

Because going vegan can seem like an intimidating thing, here are some tips from Hassan and Keene.

“When eating out, sides are your best friends. Not just salads, but fries, grilled veggies, and rice are usually available. Olive Garden has an ‘accidentally vegan’ soup as well—the minestrone,” Hassan said.

“If you’re struggling emotionally, or are considering veganism, I would recommend starting out small. Start with one day of the week, and then add another when you’re ready. Do the best you can and don’t beat yourself up over accidentally ingested animal products,” Keene said.

Veganism, for many, is an ethical decision. When people ask the question, “What right do I have to consume animal products?” it’s likely that they struggle with the morality, even if they are not vegan. Apart from ethics, Hassan has noticed that her skin is clearer and feels overall “lighter.”

Keene said that becoming vegan affected him positively because it gave him a peace of mind. He mentioned that it “Opened up a world of flavors [he] might not have ventured toward before.” Keene specifically talked about Indian food, which is characteristically vegan.

Keene’s favorite recipe is a lasagna recipe that he created.

Along with recipes, both Keene and Hassan have go-to products.

“I love Beyond Meat and Impossible burgers,” Hassan said. Keene’s favorite products are Gardein meat alternatives and Daiya vegan cheese, which is also available at Rhombus Guys and Blaze Pizza.

While there have been discrepancies between vegan students and the Kise dining commons, one thing is for sure: veganism on campus is a (sometimes harsh) reality. MSUM is far from perfect as far as vegan options go, but Chef Chelsea said it best: “I just want everyone to be fed.”

If you are vegan and in need of support on campus, there is not yet an actual campus organization, but there is a Facebook group—MSUM Vegans.

Kise also has an A+ rating from People for the Ethical Treatment of Animals (PETA) for vegan options.

“Crimes of Grindelwald:” Not as Good as Harry Potter, But Still Magical