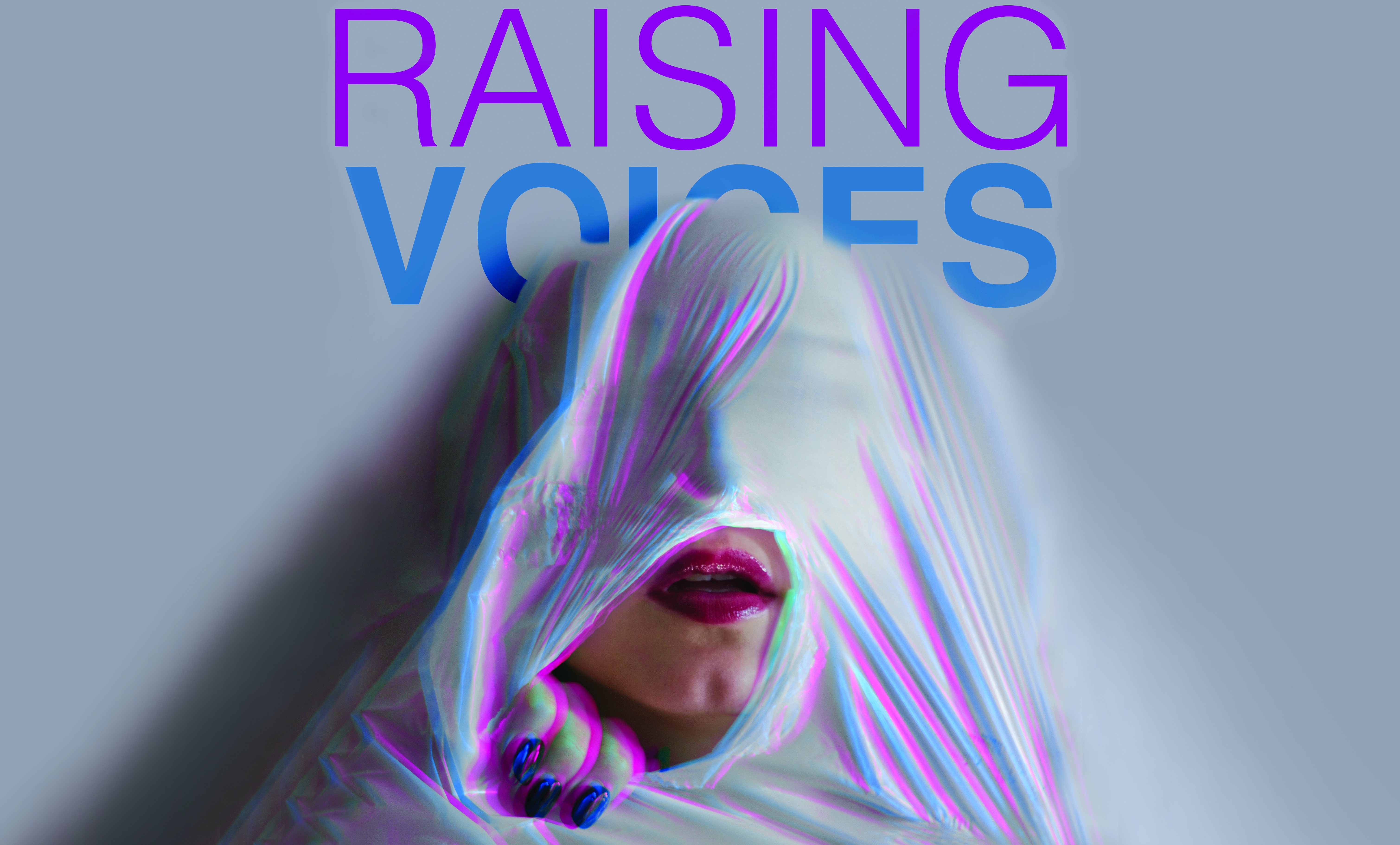 As Coming Out Week on campus comes to a close, The Advocate takes a closer look at a retired MSUM professor who’s helped to make the world a better place for one transgender couple. During transition, people often experience anxiety in not having voices to match their identities.

Adler, a speech pathologist now retired from Minnesota State University Moorhead’s Speech-Language and Hearing Clinic, is a pioneer in the field of voice therapy for transgender clients. Through his work, he’s helped hundreds of transitioning men and women achieve voices, speech patterns and nonverbal mannerisms they can feel comfortable and safe using.

“We get mostly male-to-female clients,” Adler said. “They want to achieve authenticity when they speak. If they present as a woman, they want their voice to match their appearance.”

“(Adler) was very welcoming and encouraged me to set something up with the clinic,” Katherine said. “I emailed him, and he got me into the fall session without needing any sort of referral or more formal process, which was a relief to me, since I had about as much on my plate as I could handle.”

Before therapy, Katherine was unhappy with her voice.

“It was giving me a lot of dysphoria, and it was something I wanted to work on in order to pass better and generally just sound like myself,” Katherine said. “I figured that having a masculine voice would limit my future job opportunities if I didn’t fix it.”

That “dysphoria” isn’t unique to Katherine. Many transgender people experience that feeling of dissatisfaction, anxiety and restlessness in having bodies that don’t “match” their genders.

After four semesters, Katherine found success in the program. With confidence in her voice, she later recommended Seidler reach out to MSUM’s clinic to help alleviate her own anxieties.

“I was continually terrified that my voice would make people think I was a man, so much that I often refrained from talking whenever I was presented female in public,” Seidler said. “(I had) a lingering fear that I’d never be accepted as who I was because of my voice.”

Faye first met Adler in his office, during summer hours in an empty clinic. Faye said Adler wanted to touch base as quickly as possible to make sure she could get into the clinic’s Transgender Voice and Communication Program in the upcoming semester.

“I walked into that office without a single female identifier on me. I may have even still had facial hair,” Seidler said. “But, despite that, he accepted me for who I was wholeheartedly. I didn’t have to prove anything to him about myself or my identity, and when I talked to him it was an open conversation and not a script or a test.”

Seidler met with a pathologist under Adler’s direct supervision twice weekly for about an hour each session, learning not only how to change the pitch of her voice, but also its resonance, delivery and breath. She compares the process to a guided workout or singing exercise, picking up speed as the training goes on.

“My first few sessions were literally just learning how to do the warm-up exercises, because lip trills made no sense to me,” Seidler said.

“A lot of people come to me and say, ‘I heard this person speak on TV and I want to sound like her,’” Adler said. “To that, I say, ‘But you can sound more feminine using your voice. I will get you to the level where you can sound feminine, and other people will believe it. We’ll work on it, but your preconceived notions aren’t always correct.’”

Faye said at the beginning and end of a semester, speech pathologists measure the frequency of a client’s voice. The frequency measure, in this context, is a physical representation of how feminine or masculine a person’s voice sounds. Because of this, male-to-female clients see their frequencies increase between their therapy’s beginning and end.

“Just seeing that my numbers were indistinguishable from any other woman felt tremendously validating and rewarding,” Seidler said. “It’s kind of a strange thing for me, because the voice I’ve worked toward is now my natural voice. I never thought it’d be like that. I always thought it’d take conscious effort, but it doesn’t. It seamlessly blends into who I thought I’d be.”

In addition to voice work, many clients also learn subtleties like body language and hand gestures. Adler said the clinic doesn’t turn down people who can’t pay its fees. Some insurance companies pick up some or all of the therapy’s cost if a doctor gives a diagnosis of gender dysphoria, but mostly, patients pay out of pocket.

“We know the dignity of our clients is important,” Adler said. “We do it because we’re teaching an education, too. We don’t look at that as our revenue maker.”

Though Adler’s been involved in the field of transgender voice since the early 1980s, the work is still early on, with a growing number of voice and communication clinics developing programs to help transgender people sound more like the sex they identify with. Many clinic programs also serve people who are not transgender, like men who wish to sound less effeminate.

More clinics is a good thing, since the nearest to MSUM is 250 miles away in the Twin Cities, Adler said. After starting the program at the university, he was often seeing up to 10 clients at a time. Now, in Adler’s absence, colleagues are cutting back to only seeing a few. But the program has always had a home within the clinic’s work.

“I have not received backlash at MSUM,” Adler said, though many people don’t understand what exactly he does and the experiences that come with transition. “My department has always been supportive.”

“He was phenomenal,” said department faculty member Nancy Paul. “We miss him a lot.”

At his retirement reception in April, Seidler spoke and presented Adler with an award recognizing him for his work in the transgender community.

“Trans people go into a lot of situations assuming it will be a negative experience, or that they will be treated as less-than,” Seidler said in her speech. “They even avoid medical treatment and care because of this fear, or stop going because of how they were treated — which is why I am so proud and relieved that we have this amazing speech clinic here, that I can tell any community member about and trust that they will be treated well.”

Faye said the clinic is such a safe place because of Adler’s decades of work and the “wonderful people” under his guidance.

But Adler’s work, for him, is something that just made sense.

“You would go into bars … and gay guys would say things to transgender women like, ‘you don’t belong here’ and that sort of thing,” Adler said. “It really upset me to see them making comments like that. I transitioned fairly easily to being an out gay man, so I figured I’d help other people come out too.”

Katherine said Adler’s been an asset to Fargo-Moorhead both personally and professionally.

“One of my favorite memories is how much he beamed when he showed off his ring and told me that he’d finally gotten married to his husband since the last time I saw him,” Katherine said. “Since I’d met him while fighting for LGBT rights in regard to that issue, it really stuck with me as a special moment.”

When Katherine finished the program, she got a job working in a call center.

“I remember seeing Dr. Adler after about a month or so of working there, and I commented offhandedly that I’d done several thousand calls and had only been called ‘sir’ once,” Katherine said. “He immediately started suggesting reasons that might have happened, but I just laughed because I wasn’t worried about it, since every other call had been just fine.”

Adler now lives in Ann Arbor, Michigan. He is continuing his research on transgender voice and communication and hoping to publish a children’s book about what it means to be transgender.

Seidler is the project coordinator for the North Dakota Safe Zone Project and director of the Trans Mentor Program at Fargo-Moorhead’s Pride Collective and Community Center.

Adler will be teaching an online course for the Speech Language Hearing Sciences department at MSUM this spring.

Katherine has chosen to remain anonymous for this story.