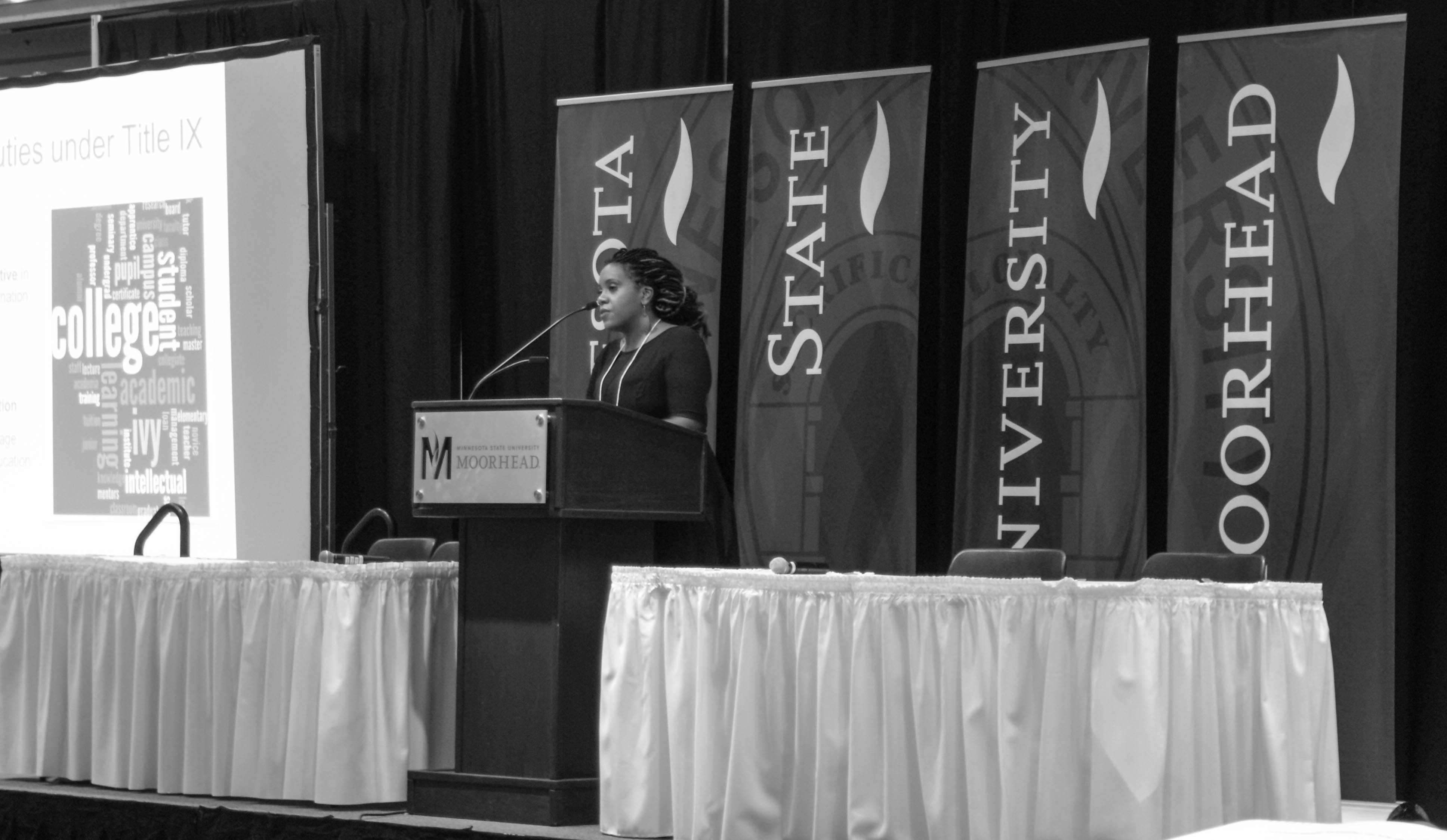 This year the department chose an engaging theme, “Precarities and Securities: Exploring the Contemporary and Historic Effects of Systemic Violences.”

The event featured the talk “Safer Campuses for All: Using Title IX to Provide an Education Free of Sexual Violence,” by keynote speaker Wagatwe Sara Wanjuki, a leader and activist within the feminist world, as well as a social media strategist and freelance writer. Wanjuki has been featured on the Daily Show and MSNBC and is a current staff writer at UpWorthy.

Addressing these “precarities and securities” encouraged activist attendees to question how they can work toward system structures that don’t support sexual violence.

Throughout the sessions, attendees learned about the prevalence of inequity within institutional settings.

Kandace Creel Falcón, Director of Women’s and Gender Studies, discussed the importance of the event.

“It’s a great opportunity for people who are working on feminist issues in this part of the country to gather and talk about issues that pertain to our local area,” she said.

These issues, which are often overlooked, are surfacing now more than ever in campus settings. Falcón said one of the most important aspects of dealing with women and gender-related issues is becoming more involved and knowledgeable about what is happening and what needs to be done to fix it.

President Anne Blackhurst started a taskforce against sexual assault last fall, which has made some headway. Campus groups and spaces like the Anita Bender Women’s Center, Rainbow Dragon Center and the Campus Feminist Organization have been providing resources for involvement in the taskforce.

“As with any large social problem, there has to be a cultural shift in understanding both the reasons why that problem exists and an agreement by all of our community members that we need to work to address it,” Falcón said in regard to MSUM’s strides toward equity.

Title IX, a federal law that went into effect in 1975, ensures that educational environments provide equality by focusing on ridding discrimination on the basis of sex on government-funded campuses.

Wanjuki discussed her understanding of this title, relating it to her own experience of sexual violence at Tufts University in Massachusetts.

Wanjuki relayed the increasingly familiar statistic that one in four women experience sexual assault on campus. But she said statistics can never tell the whole story. She emphasized that in statistics lie the many, diverse nuances of gender and sexuality.

“We’re all complex human beings, and there’s all different parts to who we are,” she said.

Wanjuki said laws and policies within campus communities apply to everyone and affect lives, and that it’s important to realize how they are enforced and what can be done to question the status quo.

While MSUM’s administration is working to level the playing field, Falcón said there’s still work to be done not only on campus, but also among its stakeholders.

Wanjuki closed her speech with a message for educational institutions to consider: “A good sexual assault policy is not one-size-fits-all.”