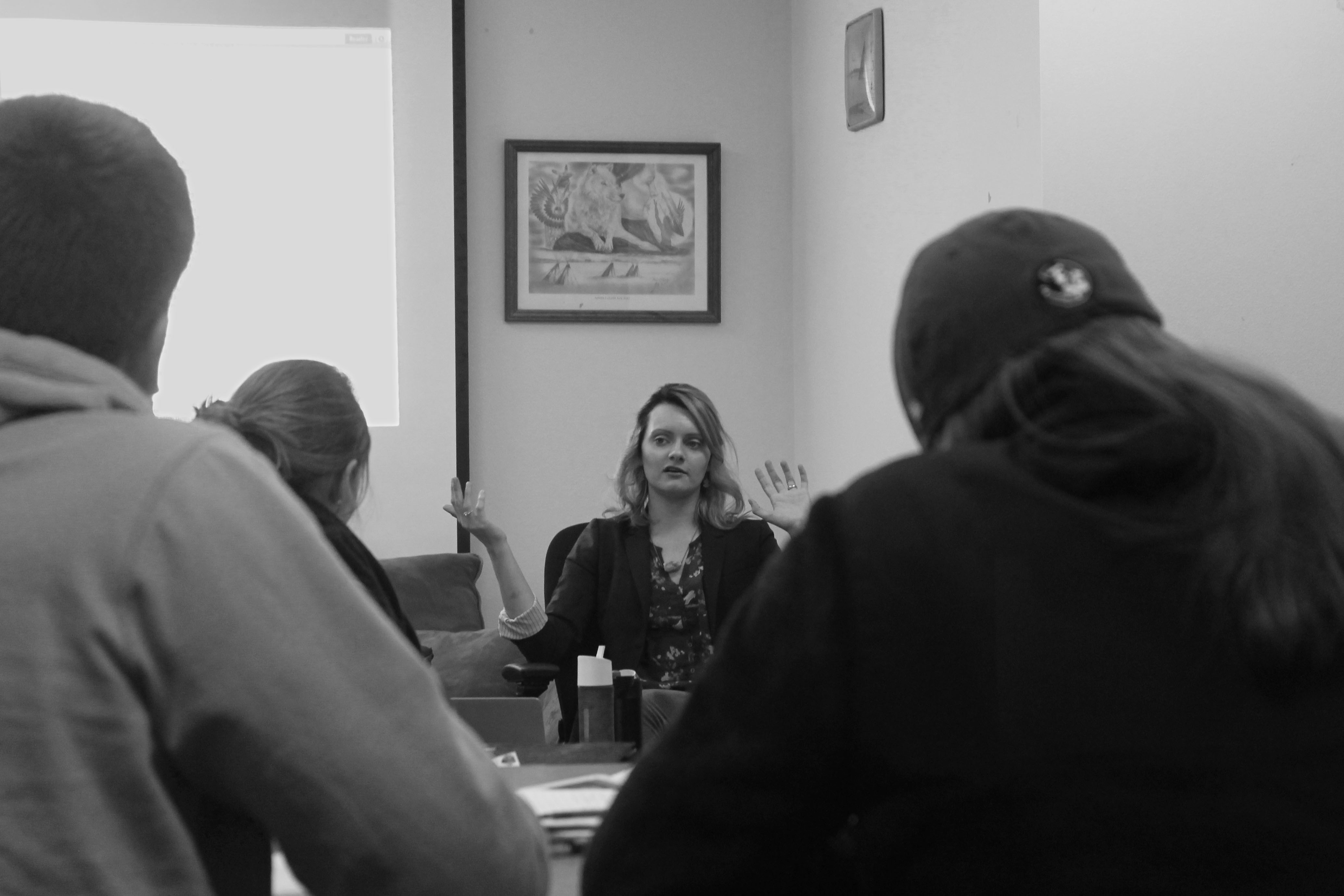 The Anita Bender Women’s Center is a place for students to share a common vision.  The safe space’s goal is to create a university environment that eliminates barriers, prejudice and bigotry, while empowering women.

MSUM’s Chief Diversity Officer Donna Brown said she recognizes the importance of Bridges Hall 154 and is aiming to advance it by creating a plan to strengthen its relationship with the rest of campus.

Brown is focusing on “women’s issues, programming, curriculum and celebrations,” she said.

Qualitative data on the space’s needs have been collected through surveys, tabling, focus groups and, now, listening sessions. On Tuesday, Brown held a two-hour session in the CMU to address any underlying doubts students might have in terms of support by the administration.

“The listening session is just to advance things and to try and move forward,” Brown said. “It’s only me — no tape recorder, no note-taker, nothing. Just me listening to the students.”

To Brown’s surprise, no students attended the session. “I’m just shocked that nobody showed up, given the passion that we’ve seen in the past,” she said. “Shocked and disappointed.”

The passion of students has been seen through activism after MSUM explored relocating the Women’s Center and other spaces to a collaborative space, the “Mosaic Center.”

“There has just been a lot of discussion about the needs for the Women’s Center space on campus over the last few years,” women’s and gender studies professor Kandace Creel Falcón said. “Certainly, the history of the Women’s Center has been one in which people who have wanted it on campus have had to fight for it to be here. It’s moved a couple times in it’s history, and it’s certainly not a space that you would identify as something the administration throughout history has been really purposely investing in.”

In an effort to include faculty input, Brown also hosted a hearing session for professors to speak one-on-one with her. The session, attended by eight professors, proved helpful to Brown’s cause.

“Faculty were very open and honest,” she said. “They gave me some really helpful suggestions and offered some perspectives that I had not heard articulated before. We established a level of trust that I certainly appreciate because I know we can’t move forward without trust.”

Through her surveys and research, Brown has identified a need for diverse spaces, like the Women’s Center, on college campuses.

“As part of the administrative team on campus, we recognize the need for spaces for diverse groups of people, but we want to do it right,” she said. “The way to do it right is to not only do research of what’s trending nationally, but also taking into account the specific needs of our community here.”

Adam Lyon, a senior minoring in women’s and gender studies, has spent much of his time at MSUM involved with the Women’s Center.

“It’s spaces like the Anita Bender Women’s Center that people can find validation and liberation,” he said. “For me, this space really brought out my leadership on campus. I always thought I was a leader, but putting activism behind your leadership really changes who you are as a person.”​

Brown will complete data collection by the end of fall semester. She plans to present a summary report and some “very specific recommendations” to the president and a senior executive team by January. She encourages anyone with a concern, need or idea for advancement to contact her.

“There’s a small number of people who are vocal,” Brown said. “But that doesn’t mean that more people wouldn’t appreciate their voice.”

Anyone who would like to set up an individual or group discussion with Brown can contact her at donna.brown@mnstate.edu.