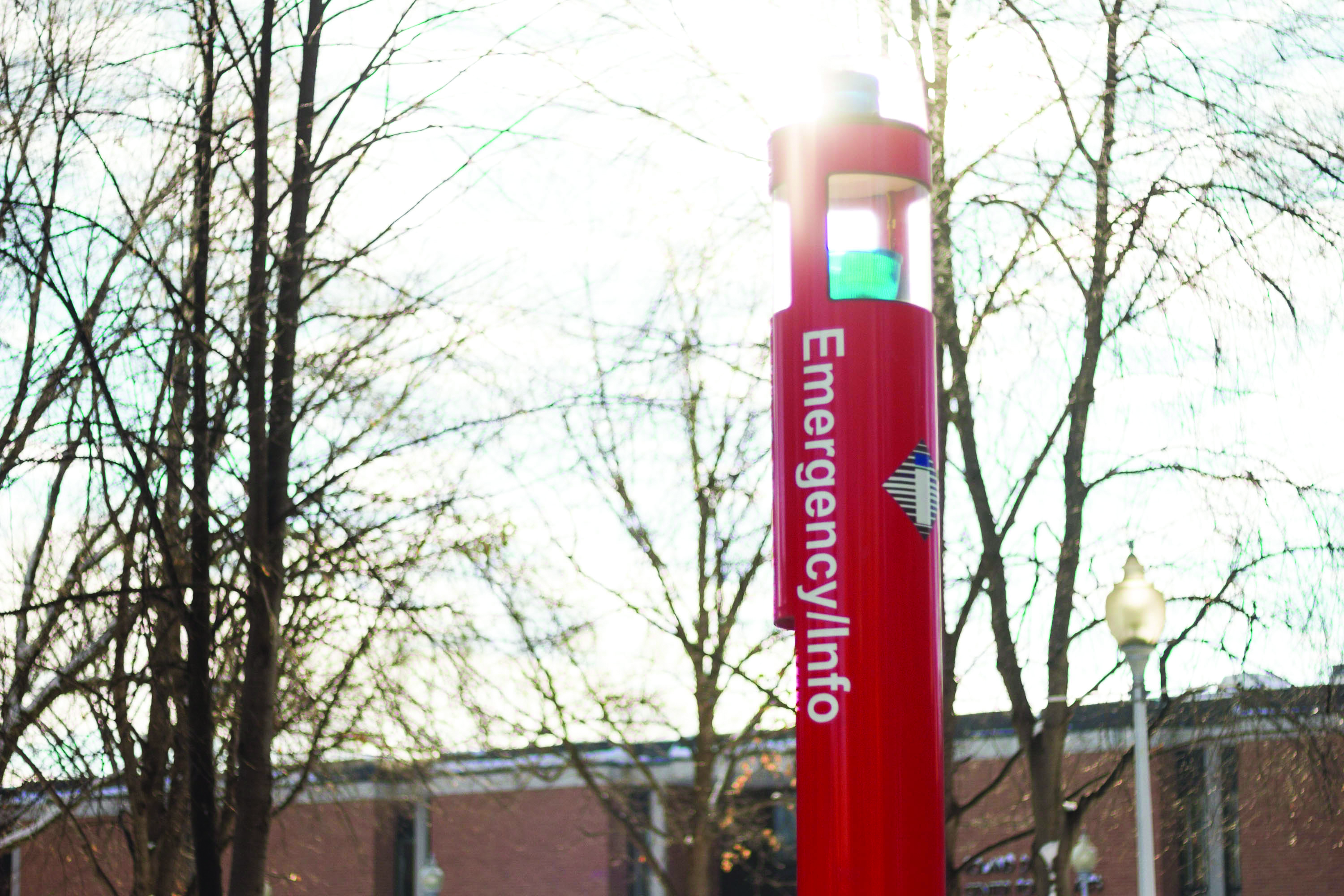 Last spring, MSUM was the first campus in Minnesota to take part in a free trial of BlueLight’s phone app, a safety feature for Android and iPhones that can help route emergency calls to local police, public safety members and personal contacts.

The app’s creator, Preet Anand, created the app in 2013 wanting to “improve 911 itself.” The app automatically provides authorities the locations of called-in emergencies. Hearing 1 in 4 college women experience sexual assault during their education, Anand wanted to change that.

Former VP of Finance and Administration Jan Mahoney thought MSUM could give the resource a try. She asked Public Safety Coordinator Shane Kelly to research the app before encouraging it for use at MSUM. He worked with Anand to create a pilot program so campuses could test it out before subscribing to it. Kelly tested the app, standing in parking lots and visiting different floors in academic buildings, pushing the app’s “request help” button each place he went.

“I tested to see if it would ring through our dispatch, if it reported the correct location, and also to see if I could hear from both ends clearly,” Kelly said. “Consistently, it was working the way it was advertised.”

Off-campus, users have reported problems including issues with cell signals and Wi-Fi, though the app still works relatively well.

After the tests’ success, Public Safety announced MSUM students and employees could use the app for free during the trial period.

“We highly recommended people to use their mnstate account so we could track who was using the app,” Kelly said.

When Interim Public Safety Director Karen Mehnert-Meland noticed not many people had downloaded the app, Public Safety decided it was a no-go.

“Only eight employees, nine people who were not in the system and 51 students utilized the app last spring,” Mehnert-Meland said.

Not one of the 68 people who downloaded BlueLight apparently needed it last spring semester.

“No one ever used it,” Kelly said. “There were no mnstate users that had actually had to use the application last spring.”

Once the trial was over, the company wanted users to purchase the app. If MSUM wanted to keep its subscription, it would have to pay $10,000.

“Seeing that only 51 students downloaded the app, but never used it, we decided to stop the subscription,” Mehnert-Meland said. “To continue using it, we would probably have the $10,000 come out of a student fee account.”

She reached out to neighboring colleges to find out if they were subscribed to the service.

“Concordia College had not purchased the app, and NDSU is using a different type of application,” Mehnert-Meland said.

For now, she sees unsubscribing to BlueLight as “financially responsible.”

“Down the road, it might be checked into again,” she said.

But for now, MSUM students and employees can only get the safety feature through app stores for $9.99.

“Students can use the BlueLight app on campus. It will still work, and you will have everything the app offers, but you just have to pay for it,” Kelly said.