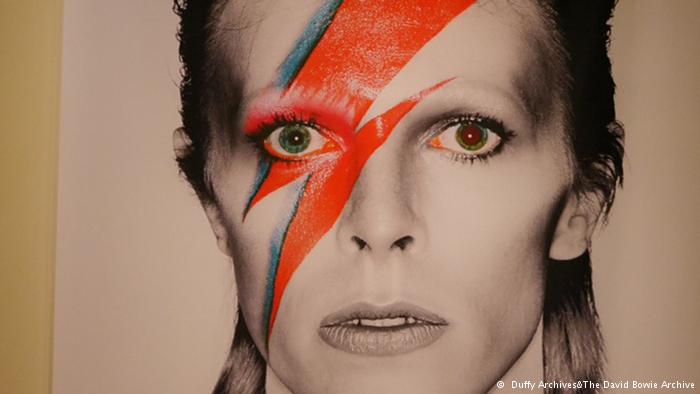 I woke up the morning after David Bowie died to a litany of text messages; people emerged to seize for themselves the honor of breaking the bad news to me. I adopted Bowie as my template and muse in middle school after stumbling upon a live performance of “Moonage Daydream” on YouTube. Bowie was sexy, amorphous, unabashedly masculine and unafraid to be feminine. I fell to my knees in front of the computer, not as a dramatic gesture, but as a natural response to what I was seeing and hearing. I was bewitched.

David Bowie died Jan. 10, two days after his sixty-ninth birthday and 18 months after being diagnosed with liver cancer.

Much has been said in the last few weeks about David Bowie’s cultural influence and the impact he had on millions of lives. Often, this kind of mainstream reverence can make a celebrity seem totally conventional, but the genius of Bowie is in his ability to make the absurd acceptable. It’s important to remember that as a rock star in the early 1970s, a man wearing long hair was seen as controversial and abnormal. Into this environment enters a thin, vaguely odd-looking man sporting a bright red mullet, wearing a kimono and singing of an alien who descends to Earth to warn us of our coming doom. In modern times, we take for granted the ability to be an individual, to be as irregular as you would like. This path was tread for us by David Bowie. In the words of a friend (who is just old enough to know), “Bowie was liberation.”

Bowie was born David Robert Jones in 1947. He was raised in Brixton, a southern suburb of London. Bowie grew up in a family haunted by schizophrenia. The disease had stricken his older brother, Terry, full force, leaving him confined to a mental institution, and young David in constant and harrowing fear of developing it. Bowie never developed the disorder, but the fear of the disease pushed him to not waste time and pursue music as a career, instead of a more traditional line of work. Ironically, Bowie’s fear of schizophrenia manifested itself in music that revolved around multiple identities and the border between insanity and normalcy.

Throughout his career, Bowie has been called a chameleon, adapting his appearance and style with each album. I don’t think this metaphor does the man justice. It suggests some sort of coldness. Instead, Bowie was a ventriloquist. He was both puppet and puppet master. Using his extraterrestrial proxy, Ziggy Stardust, Bowie could deliver a message to the audience without uttering a word “himself.” Even as he sought to distance himself from the notion of  “Bowie-as-character,” he changed his musical and aesthetic approach with each album. Often, it seems as though he could not help himself.

However, the notion that Bowie was never truly himself is not accurate. Even in his most theatrical periods, he always conducted interviews as simply David Bowie. His mid-70s “Berlin Trilogy” albums, “Low,” “Heroes” and “Lodger,” were devoid of embellishment and façade. He recorded 1975’s “Young Americans,” not to adopt some sort of funky alter ego, but because he wanted to record an R&B album. As he aged and kicked his cocaine addiction, the man himself began to shine even brighter.

Bowie, along with his legendary friends (Iggy Pop, Lou Reed, Brian Eno, Tony Visconti, Mick Ronson and many more) recorded some of the best albums of the 1970s. He saved that decade from itself. Bowie was the anti-hippy. As 1960s counter-culture became a mockery of itself, as peace and love began to die, as the Vietnam War carried on and the ideals of the hippies became less and less effective, David Bowie swept in and provided an alternative. We are all doomed, Ziggy sang, but that’s okay. “Oh no, love, you’re not alone.” He carried on, bringing soul and funk to White America. He gave voice to queers, punks and the experimental type. In the 1980s, Bowie gave us dance-pop with a brain and a soul in his most successful album to date, “Let’s Dance.”

Some people may know David Bowie from his film roles. A pop cult of sorts has developed around his bulge in 1986’s “Labyrinth,” the pinnacle of 1980s pop-crap — deeply flawed, but ultimately perfect. He provided a short, but iconic cameo in “Zoolander” and played Nikolai Tesla in “The Prestige.” These are just samples of Bowie’s extensive film work. He’s one of the very few rock stars to successfully transition into acting.

I am consoled by the fact that the last period of Bowie’s life was his happiest. He married the stunning supermodel Iman, with whom he had a daughter in 2000. He existed as a god of New York City. In true form, he didn’t exercise his status. He went to the corner store. He made dinner at home. He lived like a New Yorker. He would occasionally visit up and coming musicians, like Arcade Fire, TV on the Radio and the Yeah Yeah Yeah’s to offer his support and maybe a verse on a new song. This is perhaps the most dignified that a living legend can be. While Paul McCartney and the Rolling Stones (bless them) are touring as long as they can, Bowie lived his twilight years on his own terms.

On Jan. 8, his birthday, Bowie released his last album. “Blackstar” garnered fantastic reviews, even before his death. I encourage everyone to listen to this album, or at least the tracks “Blackstar” and “Lazarus.” This album will possibly go down as the greatest “bon voyage” in rock music history. The lyrical content revolves around death and sickness, self-reflection and the pleasures of life, passing the torch and reveling in status. I feel honored to witness this final chapter in his epic life. In fact, few lives have been as impactful and colorful as the life of David Bowie.

Let’s please all take it upon ourselves to pass the music of David Bowie on to our nieces and nephews, our children and our younger siblings. You may not yet realize how much that could mean to them.