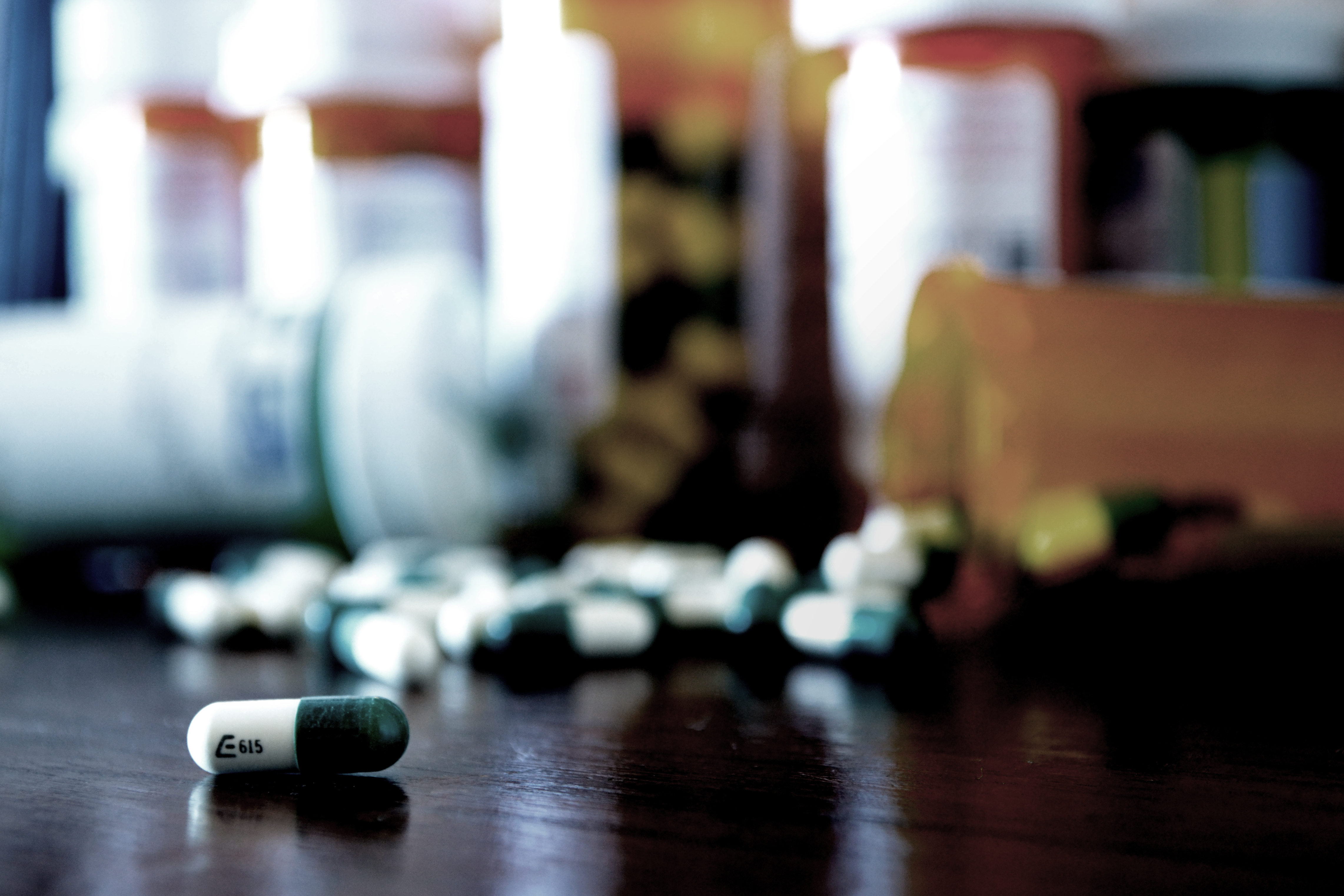 “The goodbye letters were ready. My roommate was gone. My hope had ran out.”

Twenty-two-year-old Ashley Peck graduated last semester with a degree in multimedia journalism and a minor in photojournalism. She took photos for Dragon Athletics, helped with editing for Campus News, and worked in the Arts, Media and Communications office. Peck is well-known and adored by many in her department.

But her college career was not easy. In a blog post Wednesday, she wrote about a particularly hard night she experienced her freshman year at St. Cloud State University.

“That day, I got a call from my dad asking if I could meet him at a nearby restaurant,” Peck said. “He told me he was going to be going back to jail. After hearing that news, something inside me snapped, and all those thoughts of killing myself became reality — I wasn’t scared of death at that moment and was ready for everything to end.”

Peck had felt depressed throughout high school but had always shrugged it off. Her first year of college was a tipping point.

“I was almost obsessed with my own death,” Peck said. “I would Google the most peaceful ways to die and was thinking about it all the time.”

She wrote goodbye letters to her family and closest friends. Writing to her mother was the hardest.

“I remember putting so much thought and love into those letters, because in my mind, those were the last words the people I loved would hear from me,” she said.

When she was 18 years old, Peck found herself in a dormitory bathroom staring into a coffee mug filled with Ibuprofen, Tylenol PM, ZzzQuil and Advil.

“After I went back to my dorm … my roommate actually came back and I pretended that everything was fine,” Peck said.

But Peck started throwing up. She felt like she couldn’t breathe. She called her aunt, who lived in Sauk Rapids.

“I remember the first thing I said to her was, ‘Aunty, I did something stupid.”’

Peck stayed at a St. Cloud hospital for two weeks.

“I remember my doctor unsure if a liver transplant was needed, and I instantly broke down,” Peck said. “I felt so guilty that I might have to take a liver that someone else could have used.”

Her first night at the hospital, Peck settled into a shared room. She wore a brown outfit that reminded her of something people in jail would wear. She brought a book her grandparents used to read to her, “An Eagle Named Freedom.” She used the book to distract herself from her room’s mandatory open door and the patient who would stand outside it, staring until someone told him it was impolite. She stayed awake that night, listening to her roommate’s cries of pain.

“There was absolutely no privacy, and I remember feeling almost not human, although I knew they were all there to help me,” Peck said. “I didn’t want to admit that I was like these other people in the mental health unit.”

Peck’s first week in the hospital was spent on a liquid diet, hooked up to a machine that stabilized her system. Things got better. There were group therapy sessions and activities, gym times, craft time, and one-on-one counseling sessions. She became friends with the man who stared at her that first night, Jerry, with whom she enjoyed doing crafts.

“The first weeks were the easiest because my family was able to visit all day,” Peck said. “My mom spent every night with me. The support from my friends and family meant the world.”

But her second week in the mental health unit brought restlessness.

“I remember being angry and bitter,” Peck said. “I was sick of the blank white walls, the brown outfits, the lack of privacy — just everything.”

The hospital’s strict visiting hours allowed Peck to see her family only a couple hours each night.

“By the end of that second week, I wanted to be home so bad that I begged my mom to let me leave, but the hospital wouldn’t let me,” Peck said. “I just wanted to feel normal again.”

But soon the week was over, and Jerry approached Peck to give her a drawing he’d made.

“It was addressed to ‘Ashley, the sweetest girl,’” she said. “I teared up when he gave that to me.”

Peck said her experience in the mental health unit was a change for the better, though until her blog post, she’d only been honest with a few close friends about her suicide attempt and hospitalization.

“It took me a long, long time to become comfortable talking about my suicidal thoughts,” she said. “I hate that it took me to get to that point to realize that I am loved — that I am worthy of this life — and not a burden. But the experience made me finally believe it.”

After graduation, Peck got a full-time job in her hometown of Paynesville, Minnesota. She works as a reporter and photographer for Paynesville Press, where she’d previously interned for two summers. Her depression never stopped her from succeeding academically.

“I forced myself to do my school work,” she said. “Even though it was hell at the time and it took everything in me, I kept up with my school work and gave it my all.”

Peck said walking across the stage at graduation was one of the best feelings she’d ever had.

“During my last semester of college, I was living by myself in a small, efficiency apartment, and I went completely downhill again,” Peck said. “There was a period where I would go to the liquor store instead of the grocery store. I wouldn’t eat. I would just sit in my apartment by myself, trying to numb the pain away. I had the suicide hotline always on me, but I never used it.”

Throughout college, Peck received counseling at St. Cloud State and at Hendrix on MSUM’s campus. She wishes her 18-year-old self had been as open to talking to professionals as she is now.

“I wish I could go back in time, hold myself, and tell myself that everything will one day be okay,” Peck said. “I made a promise to myself, after seeing how my attempt impacted my family, to never give up again. Fight every day, because you are worth living.”