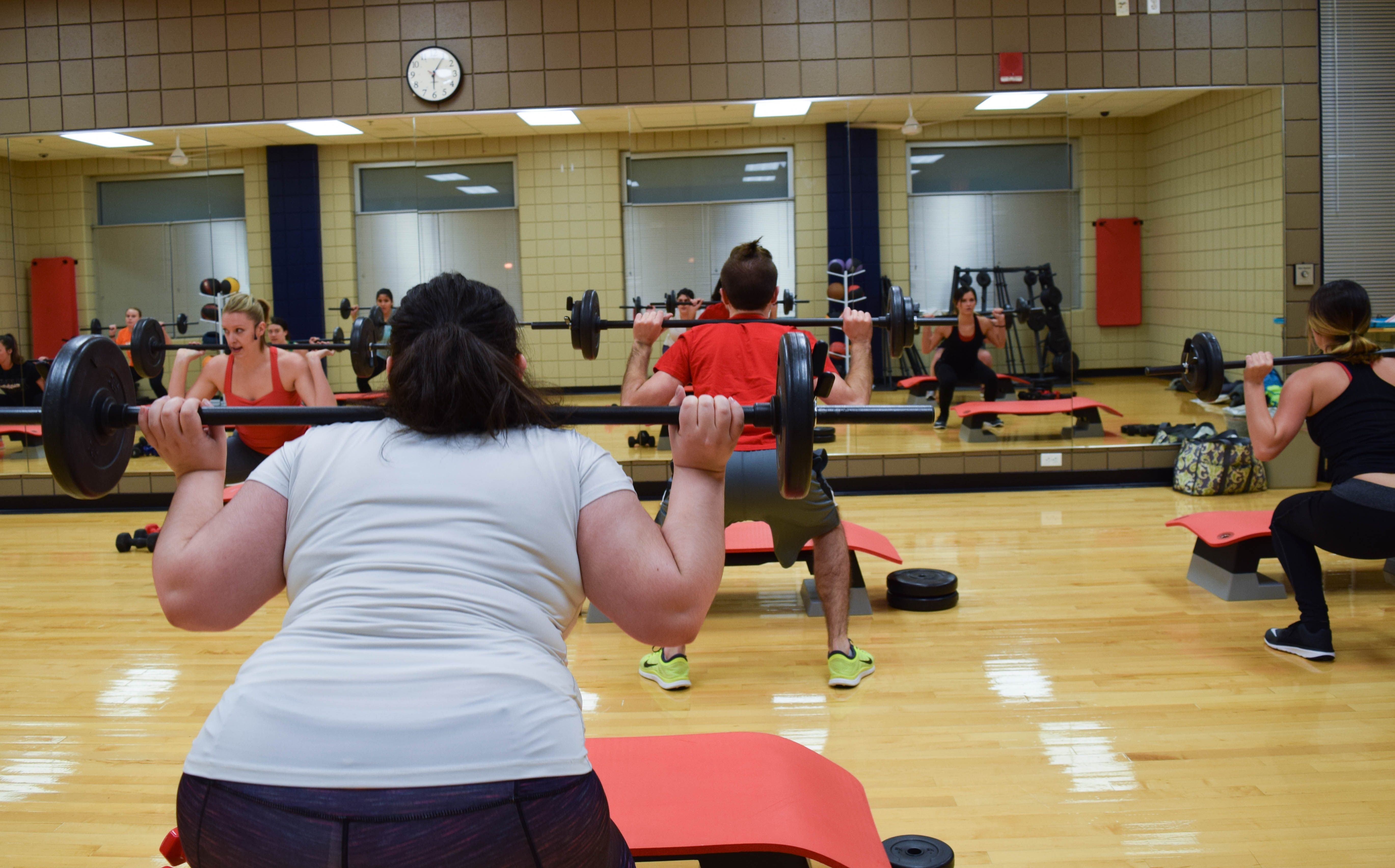 “I am the worst procrastinator and am usually unmotivated. So if I can do it, I’m sure you can do it, too.”

Wrapping up her sophomore year at MSUM, 19-year-old Alheen Mahmud needs to stay organized. She’s taking 19 credits double majoring in political science and economics. This year, she became the Economics Society’s network organizer and joined Student Senate, where she interacts with the Minnesota State University Student Association. But that didn’t stop her from taking part in the Wellness Center’s February Fitness Month.

Since her freshman year at Moorhead High School, Mahmud has struggled with her weight. Weighing 205 pounds, Mahmud hated her body image. She dreaded going clothes shopping and had low self-esteem. As a sophomore in high school, she gave herself an ultimatum: make life changes or accept the way she looks.

So she decided to lose some weight by exercising, adding  more fruit and vegetables to her diet and eating at home more often. Mahmud shed 70 pounds.

“I was so proud of myself, and I looked great for my high school graduation,” she said.

But the weight came back. Coming to college and routinely eating high-fat foods like sweet and sour chicken and fast food burgers didn’t help her maintain her diet. 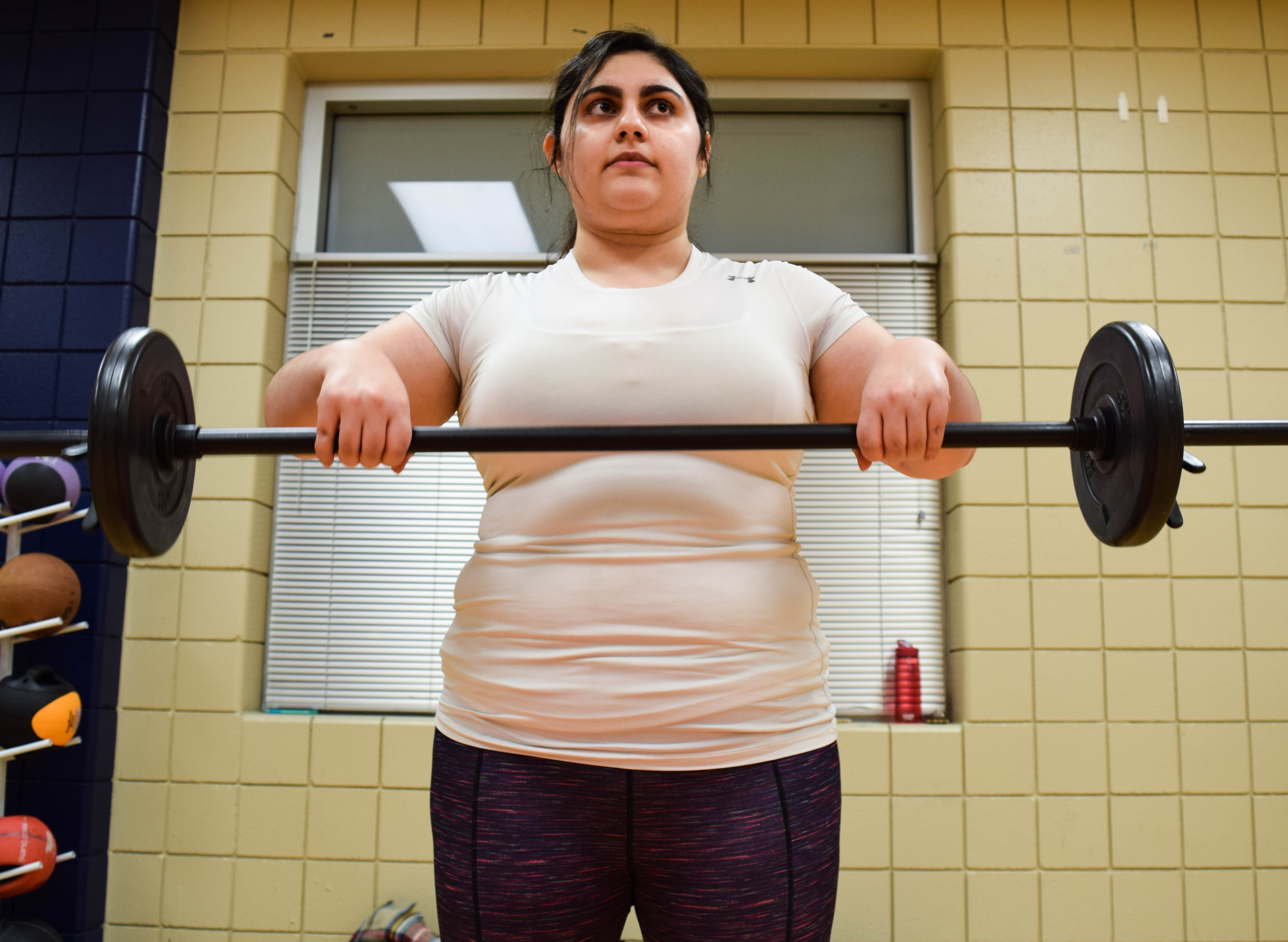 This time, Mahmud is determined to lose weight and keep it off. She’s on a vegetarian diet — getting her protein from eggs, peanut butter and tofu. She said she wanted to be a vegetarian because it’s healthier and she often felt guilty and uneasy after she ate meat. Mahmud said cooking at home makes eating healthy food easier.

Having heard about the February Fitness Challenge through Dragon Digest, Mahmud found her excuse to go to the gym.

The challenge requires students and faculty to do 30 minutes of physical activity or attend group exercise classes at the Wellness Center four times a week for the month of February.

“A form must be filled out to show you worked out and will be drawn for a weekly prize,” wellness educator Ashley Leintz said.

Prizes include a workout bag, protein powder, water bottles, a massage roller, headphones, a yoga mat and a Fitbit as the grand prize. Mahmud’s in it for that.

In order to win a prize, participants can use treadmills, ellipticals or the weight lifting  station found on the gym’s upper level. In addition, participants can join group exercise classes like yoga, Butts & Guts, Barre Method, Spinsanity, Zumba and BodyPump.

“The first day at BodyPump was hard,” Mahmud said. “I could hardly move the next day.”

The hour-long class focuses on leg and arm muscles by involving free-weight plates, doing squats, push-ups and lunges with an aerobic step. A mix of today’s hits and songs from the early 2000s gets participants pumped while they workout to the music.

Mahmud plans to attend BodyPump classes throughout the month.

“The class provides a well-rounded workout,” said Elizabeth Shannon, Wednesday BodyPump instructor. “You get strength training and cardio all in one.”

Mahmud’s goal is to become more physically fit, have more energy and have her clothes fit better. She has already noticed improvements.

“By the end of February, I want an eight pack,” she joked.