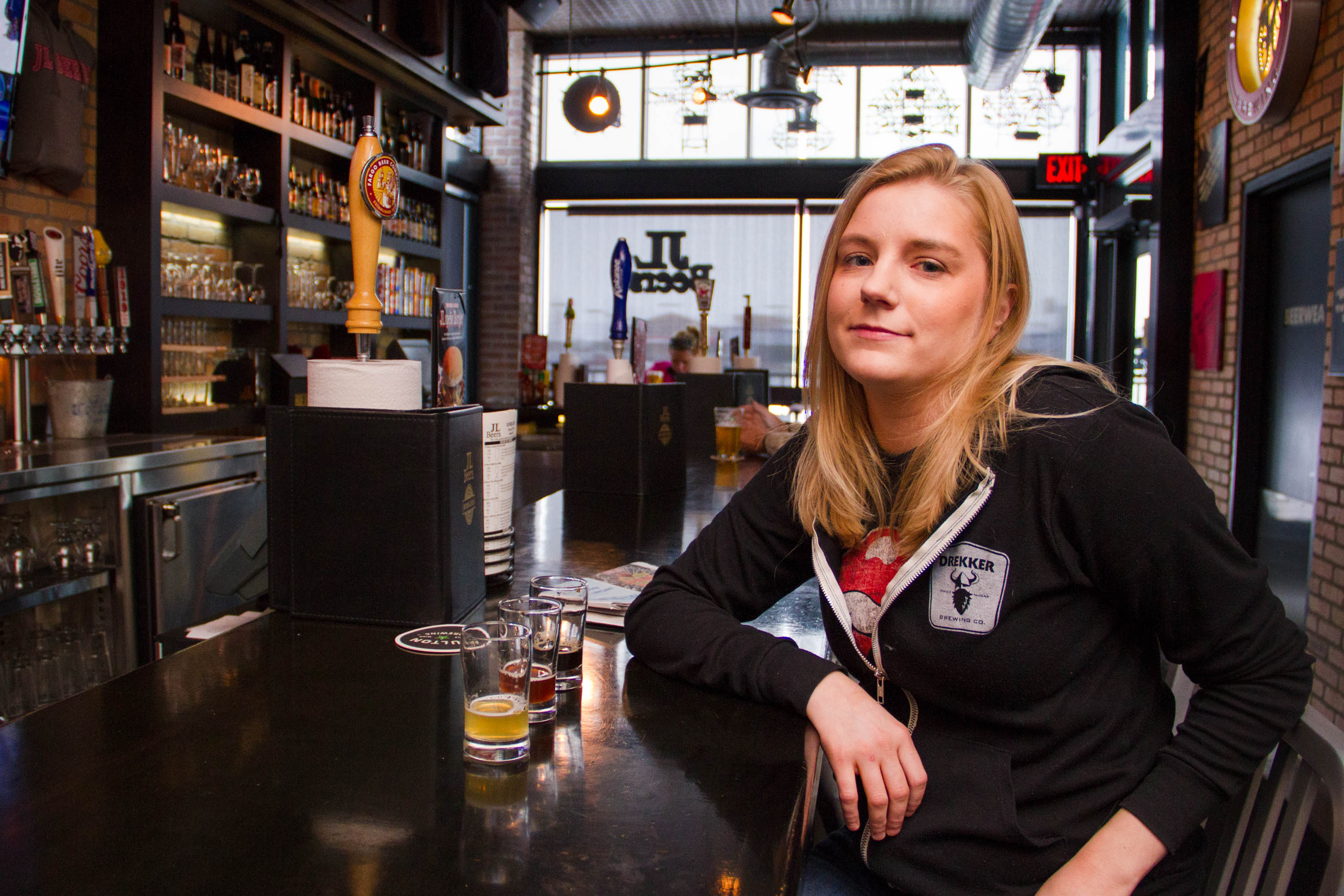 After moving back to the F–M area for school, she got a job at JL Beers in Moorhead. Working for the local beer and burger chain has developed her fondness for craft beers and her knowledge of the expanding industry, she said. That experience has led her to some other gigs at Drekker Brewing Co., Bent Paddle Brewing, and as the High Plains Reader’s official “Beer Snob.”

Her inspiration for the column came while she was working at JL Beers. Ness said she and some co-workers were talking about how there should be more articles about beer in the publication.

Ness emailed Diane Miller, the HPR’s editor at the time, and asked if she could write about the subject.

“(Miller) said, ‘We’ve been looking for someone to do it and who has a knowledge in it,’” Ness said.

Ness said Miller chose the title “Beer Snob” for her articles. Ness describes a beer snob as someone excited about craft beer and who knows a lot about it, though she prefers the terms “beer enthusiast” or “beer geek, even.”

Come April, Ness will have worked at JL Beers for three years. She said it’s still one of her favorite bars.

“I come here a lot,” she said. “We have an outrageous selection. All JL Beers do. We work hard to get a lot of variety here.”

Würst Bier Hall is another favorite because they’ve had excellent “tap takeovers” and other events, she said.

Her least favorite bar in the area is The Empire on Broadway.

“I’m not going to go there and get a beer,” she said. “Typically, if you get a headache after drinking one beer, it’s because they have a dirty tapline.”

Ness’s preferred style of craft beer is Russian imperial stouts, particularly Darkness, a brew from Minneapolis-based Surly Brewing Company. But for first time craft drinkers, she recommends a witbier, or white beer, though she isn’t a fan of them personally.

“Hoegaarden is a white beer, and it’s really citrusy — light in body — and it’s not overwhelming or complex,” she said. “It has a great, crisp finish and it’s a very good starter beer.”

So far, the “Beer Snob” article she’s most proud of is one about the opening of Drekker Brewing Co. in Fargo.

“I got to dive deep into the process of opening a brewery,” she said. “I got to meet those guys, and they are just wonderful people to work with.”

The multimedia journalism major said she’s enjoyed her two years writing for the HPR and will continue her work as “Beer Snob” for the foreseeable future.

The music lives on