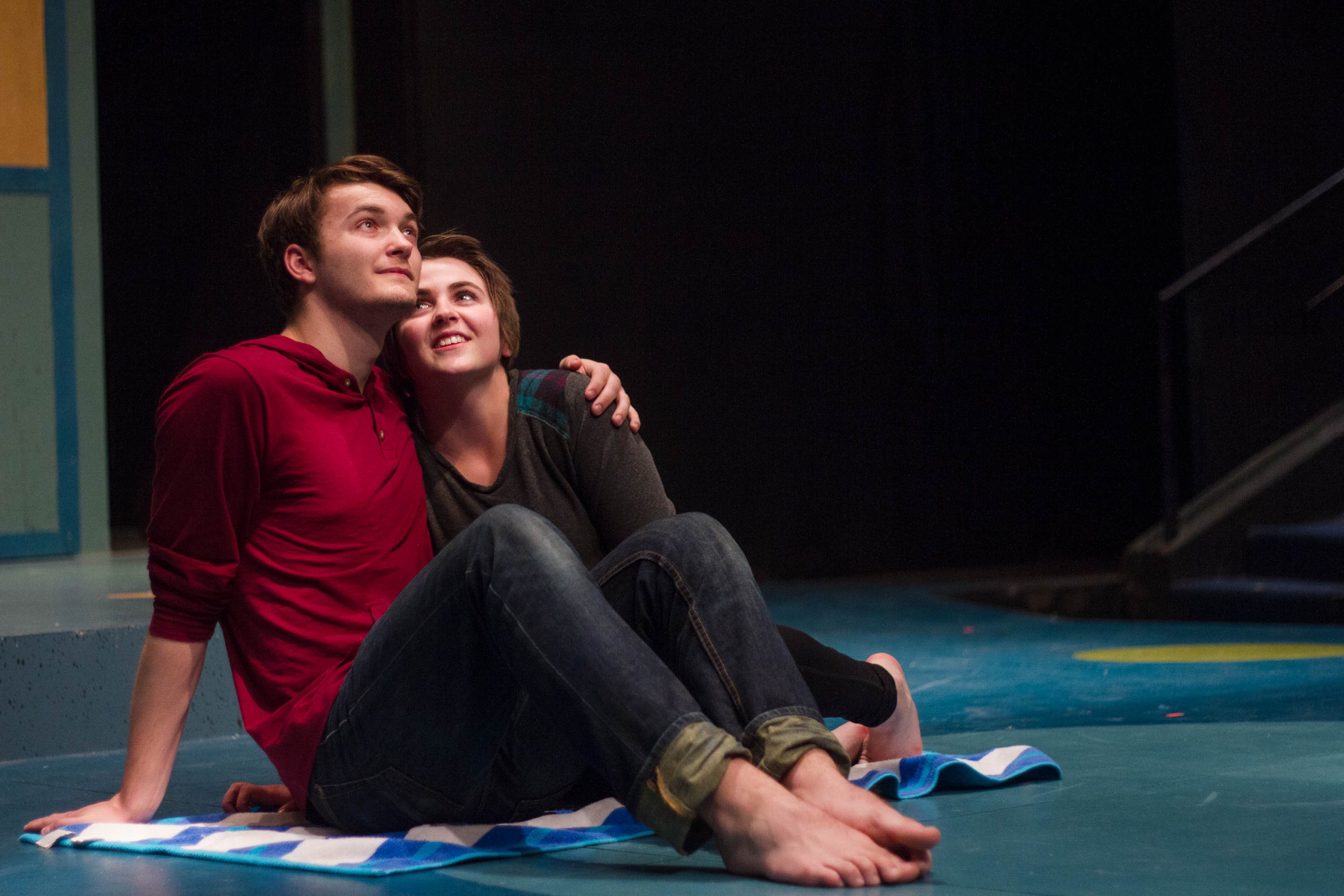 The theater department is ready to open its next production this week, Sarah Ruhl’s interpretation of the love story “Eurydice.” Senior Nora Flaherty is directing the emotional story she first read a couple years ago in a theater class.

This time last year, Flaherty applied to be a student director for one of the main stage shows and was chosen by theater faculty. Being a big fan of Ruhl’s work, Flaherty knew “Eurydice” was the right script for the department.

“Eurydice” reflects human emotions like love and loss and how we communicate that with other people, Flaherty said.

The play is her third time directing a major production at MSUM. Two years ago, she directed “ben and trish.,” a play written by MSUM alumnus Michael Johnson. That production was entered at the Kennedy Center American College Theater program last year and gave Flaherty a sense of how directing worked.

Flaherty, most recently seen in the fall show, “Anansi!,” has been familiar with MSUM’s stages since her freshman year. For her, acting and directing go hand-in-hand.

“I think one process influences the other,” she said. “As an actor, I figure out what I would like out of a director. Then as a director, I kind of remember things I liked working with as an actor.” 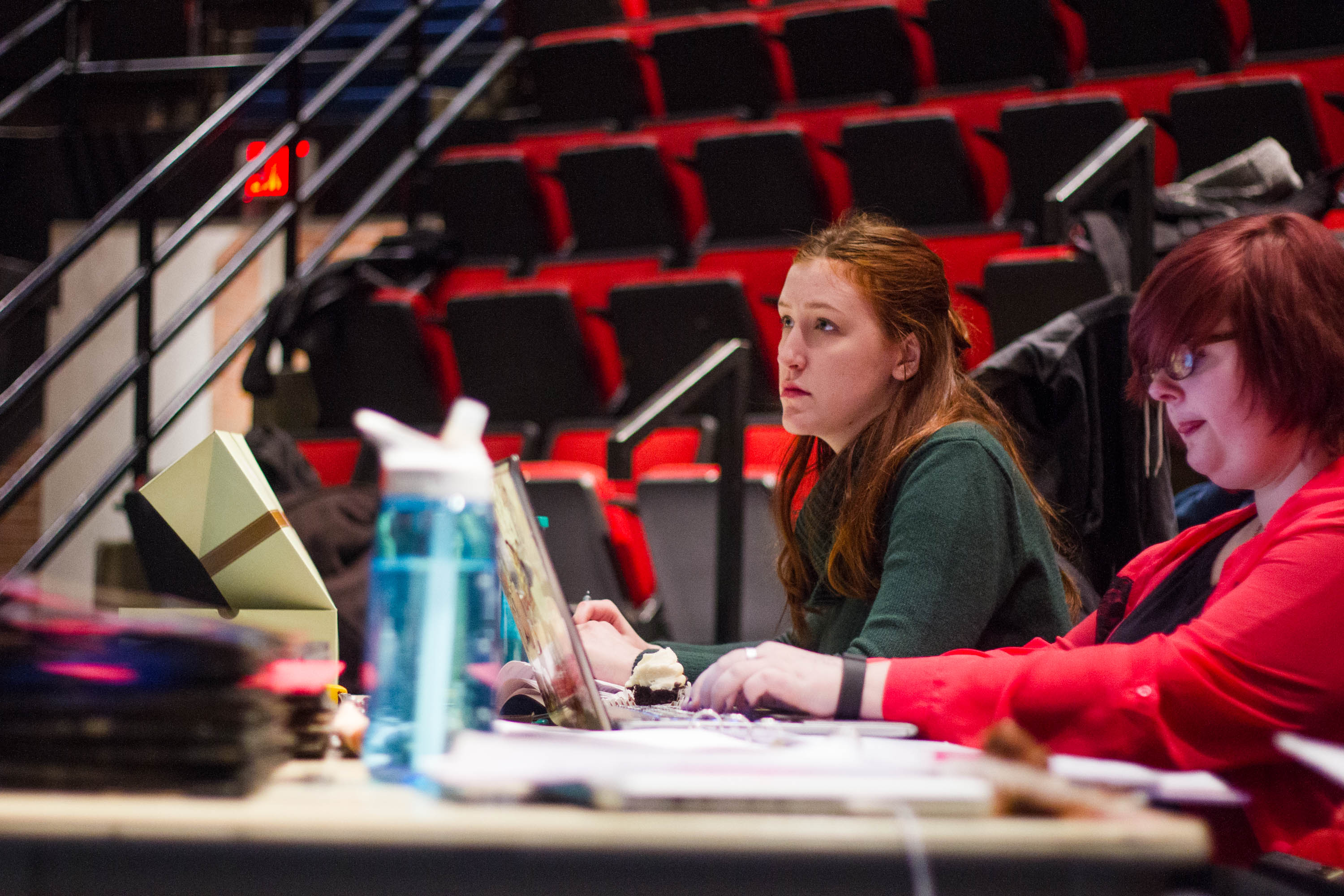 Theater junior Samantha Lorenz plays the show’s title character. Lorenz’s character is set to marry Orpheus, and on their wedding day, “Eurydice” meets the Nasty Interesting Man, played by junior Joe Schwartz. He lures “Eurydice” into his apartment, where she trips on some stairs and falls to her death, sending her into the Underworld. Most of the play takes place with “Eurydice” in the Underworld as Orpheus tries to save her.

“Her time in the Underworld is amazing,” Lorenz said.

Lorenz has played several characters throughout her three years as a Dragon. She loves getting into character.

“It’s a lot easier to understand why my character does what they do that way,” she said. “I take myself away and become a totally different person.”

“I don’t think there are seven better people who could portray these characters,” Flaherty said. “Picking out the actors wasn’t very difficult, because there is a lot of talented people at MSUM.”

“We mesh very well, and it’s a fun environment to be in every time we come to practice,” she said.

Theater sophomore Christopher Knutson plays Orpheus. For him, trying to dig up and create emotions for the show has been difficult. His character puts love before everything, even before himself.

“The entire show is built off intense emotion,” he said. “It’s a little difficult bringing up those intense feelings that you need to have.”

Rehearsing since January, Knutson hopes to have developed his character enough to pull at the audience’s heart strings come showtime.

“I want them to cry their little eyes out,” he said.

Lorenz said it’s become routine for her to cry during rehearsals.

“I cry every single night,” Lorenz said. “The last monologue I do, I have yet to do it without crying.”

For Flaherty, “Eurydice” is a perfect goodbye to MSUM.

“I can’t think of a better way to end my MSUM experience than working with all my friends to make this wonderful piece of theater,” Flaherty said.

“Reefer Madness” the Musical at MSUM Through April 13