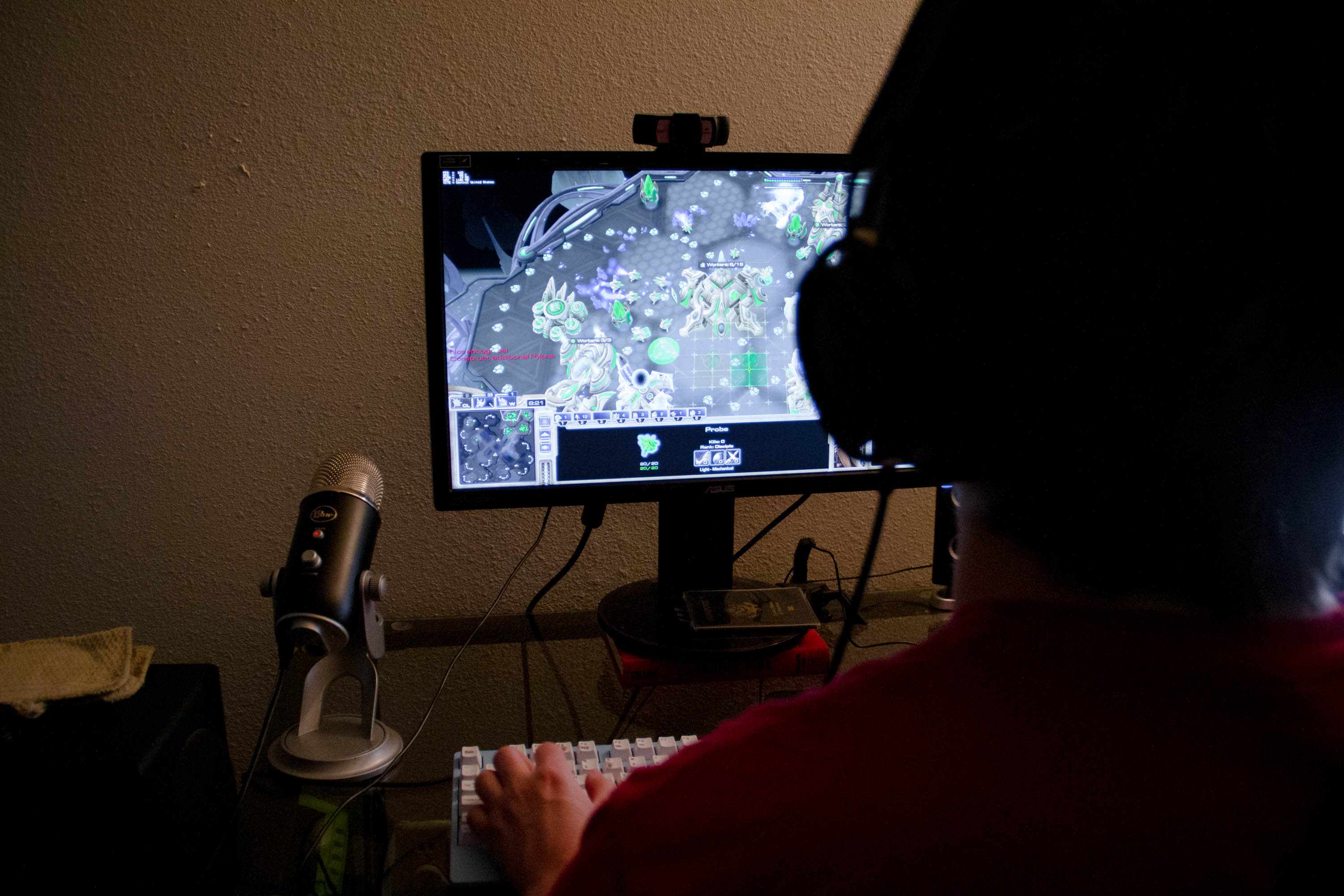 While MSUM athletes prepare for spring championships, Brandon Qual prepares for tournaments of his own at his dual-monitored computer desk.

“I like to do things other people can’t do. I like to really excel,” Qual said. “It’s my form of competition. If I didn’t play video games, I’d probably be very athletic.”

Qual has been gaming for most of his life, starting with “Super Mario Bros.” and “Pokemon” and learning to love real-time strategy games like “Total Annilation,” “Age of Empires” and eventually, his forte, “Starcraft II.”

In the real-time strategy genre, players position and manage troop units to secure map zones and eventually defeat their opponents. In “Starcraft,” players’ unit pools grow the longer a match is played.

“Think of real-time chess, but instead of having the whole board present, you start with very minimal pieces and have to develop an economy to build more pieces,” Qual explained. “Since it’s real-time, you generally get more, the faster you can play. The faster you can play, the more strategy you can utilize.”

Qual goes by his handle, puCK, in the gaming community, but people have come to recognize him as puCK in real life, too.

“More people know me by my handle than my real name,” he said. “I went to a gas station once in Detroit … and the guy at the counter asked (my friend), ‘Was that puCK?’ It was very interesting.”

Qual’s fame comes not only from his skill at “Starcraft II,” but also his presence on popular video game streaming platform Twitch. Thanks to nearly 15,000 Twitch followers, Qual has made a living of his passion for five years.

“Lately, I haven’t been streaming much because I’m preparing for tournaments, but when I do, I’ll generally do five to eight hours a day,” Qual said. “I try to treat it like a real-life job.”

Not only does streaming on Twitch offer the opportunity for viewers to donate to a stream, but it’s also a means of getting recognized in the gaming community.

“You eventually get good enough to where you get invites or you qualify for things,” he said. “Most people start out with streaming. (It) gives them some sort of income, and then from there, they can do it longer.”

For Qual, having a “real-life” job was hard if he wanted to maintain his title in the gaming world. He used to work at Paradiso.

“I just had too many tournaments, and I had to take days off,” Qual said. “Eventually, I ended up paying people to take my time off. I’d be making less money working than I would just playing video games.”

For Qual, streaming offered the income he needed to get his foot in the door — and create the perfect gaming setup. 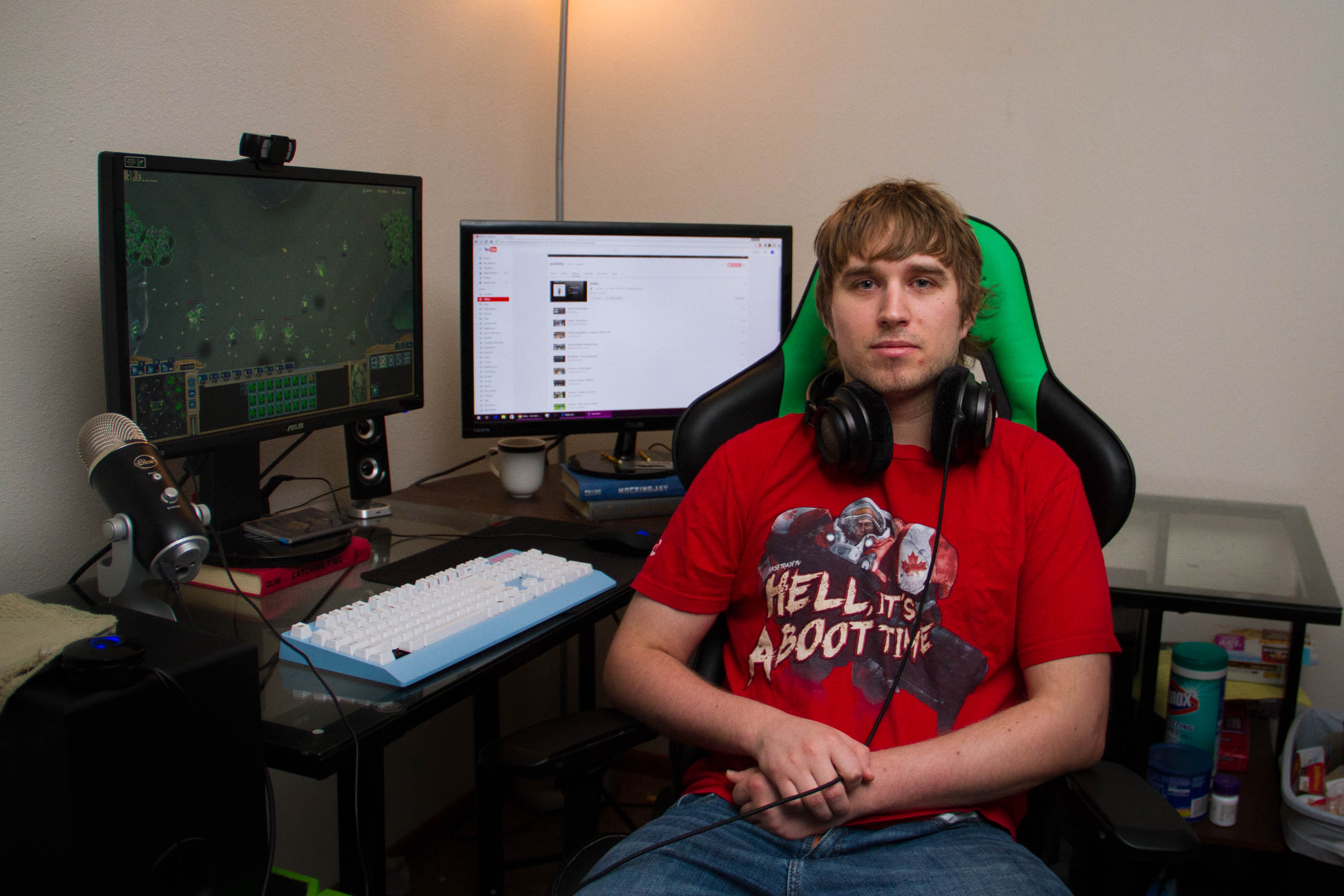 Qual’s desk holds two monitors, a microphone, “awesome” headphones and a computer he pieced together himself. He boasts a DXRacer gaming chair.

Depending on how well he plays, Qual is often on the road.

“There is always something going on,” he said. “It depends on how you’re performing.”

Qual’s been doing well, earning a spot as one of America’s best “Starcraft II” players.

“There’s maybe about three or four of us that perform good enough to compete,” he said.

Qual’s success brought him to his current team, Flipsid3 Tactics. Being recruited offers players better chances of getting sponsored.

“You get a collective of people, and with that combination, you can put a portfolio together to hopefully get a sponsorship,” he said. “Then they can fly you places and things like that. It makes things a lot easier.”

In 2013, being with Flipsid3 Tactics meant Qual got to live in the team’s house near San Francisco.

“There (were) like 10 of us there,” he said. “It was just a bunch of friends that hung out and played video games.”

Qual’s performance has sent him around the world, from Brazil to Hong Kong to Sweden and now Poland, where he will stay until Sunday.

“After (Poland), I go to Toronto,” he said. “After Toronto, I fly to Shanghai again.”

The Lisbon, North Dakota, native doesn’t like flying, but it’s worth it to see his friends, who are mostly competitive gamers as well.

“I’m excited to just see everybody,” he said. “When you go to these events, you see all the friends you usually talk to online.”

“Every time I go to Europe, we end up partying pretty hard,” he said.

Combatting his disdain for flying is his opportunity for monetary gain.

“The lifespan of a gamer is much shorter than that of someone who plays sports,” he said. “The likelihood of (me still professionally gaming) after another three years is very unlikely.”

So Qual continues to work on his degree, hoping his experience with eSports will lead him down the right path.

“I’ll figure something out,” he said. “I’m sure there’s something in eSports that needs help.”

For now, Qual will continue doing what he loves.

“It’s every gamer’s dream, I guess,” he laughed.