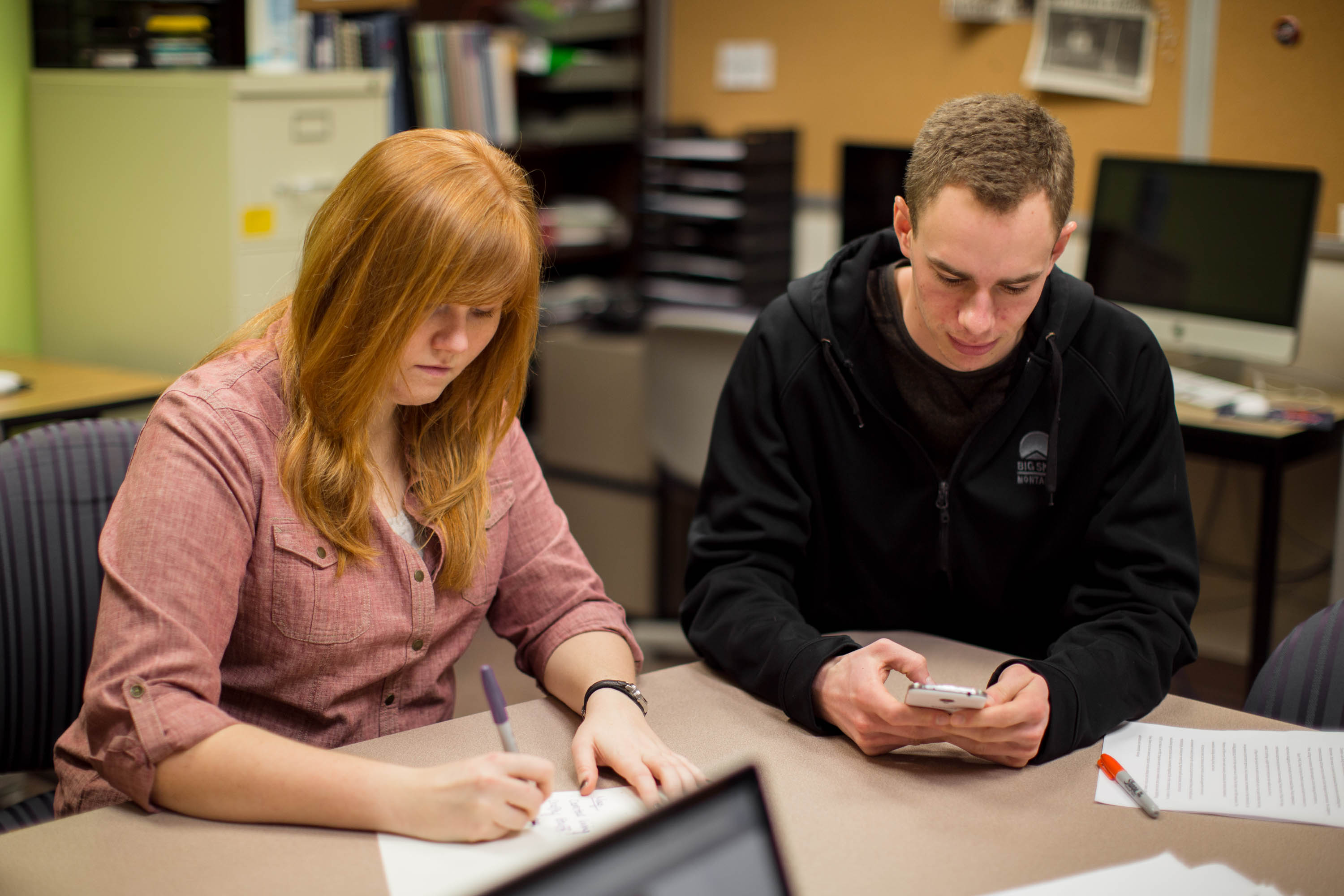 As spring break approaches and graduation comes into view, students strive to get recognized by career-making professionals. After winning a local award, some are one step closer.

Eighty-six pieces were submitted for awards, but only 10 students receieved Gold ADDYs ­— the highest ADDY achievement.

Attending and submitting work was a new experience for seniors Hayden and Hanson.

“I’ve never been to the ADDYs before,” Hayden said. “I’ve heard professors talking about it in previous years, but I never had any work that I could submit.”

Hayden’s winning piece was a magazine ad she created for a class. It was about Camp Olson, a YMCA-affiliated camp where she happily spends her summers as a photographer and media coordinator.

“I used one of my favorite photos from the previous summer and came up with some copy to appeal to prospective … campers and their families,” Hayden said.  “I was just glad that I got to do (it) because I really care about camp … Now I have an award for it.”

“I just wanted to do something that was outdoors,” Hanson said.

He hoped his commercial would appeal to Explore Minnesota, the state travel promoter he aspires to work for one day.

Shooting the commercial in late fall, Hanson struggled with video design ititially. He said that made the achievement sweeter.

“I shot it in November or late October, so all the leaves had dropped,” Hanson said. “It was really dull just looking around normally.”

“There was great detail on the ground,” he said. “There was color in the moss and everything.”

At the award ceremony, the winning pieces were showcased. Having their pieces on display is memorable for the pair.

“I guess the most rewarding thing for me was the fact that (my ad) was shown in the same categories as some of the local ad agencies,” Hayden said. “They specified that it was a student piece, but it was right beside some big names.”

“It was pretty sweet being around some of these prestigious agencies in the community,” he said.

The event offered opportunities for networking with those agencies.

“Being able to talk with people from Flint Group or Absolute was awesome,” Hanson said.

Hanson’s award has already opened doors for him. Individuals from MSUM and Absolute Marketing Group have approached him about job opportunities.

“This award really helps resumé building,” he said. “I’ve been recognized for this accomplishment and awarded for it.”

“I want to do something outdoors-related,” Hanson said.

With his sports communication minor, Hanson intends to pursue opportunities with Explore Minnesota or extreme sports marketing of some kind.

Hayden is hoping for a permanent position at Camp Olson.

“I think that they could benefit from having someone do their advertising and public relations consistently,” she said. “After I leave in the summer, a lot of their social media and other efforts die down a lot, which is not very good for them.”

In the meantime, Hayden is “just winging it.”

“I’m not going to depend on that hope or idea,” she said. “I’m very open to job possibilities.”

Hayden and Hanson said they are grateful for their experiences at MSUM and their professors, who pushed them to submit their work.

“Don’t say no,” Hayden said. “If somebody offers you a really cool opportunity, you should take it.”

Research with a cause