Research with a cause 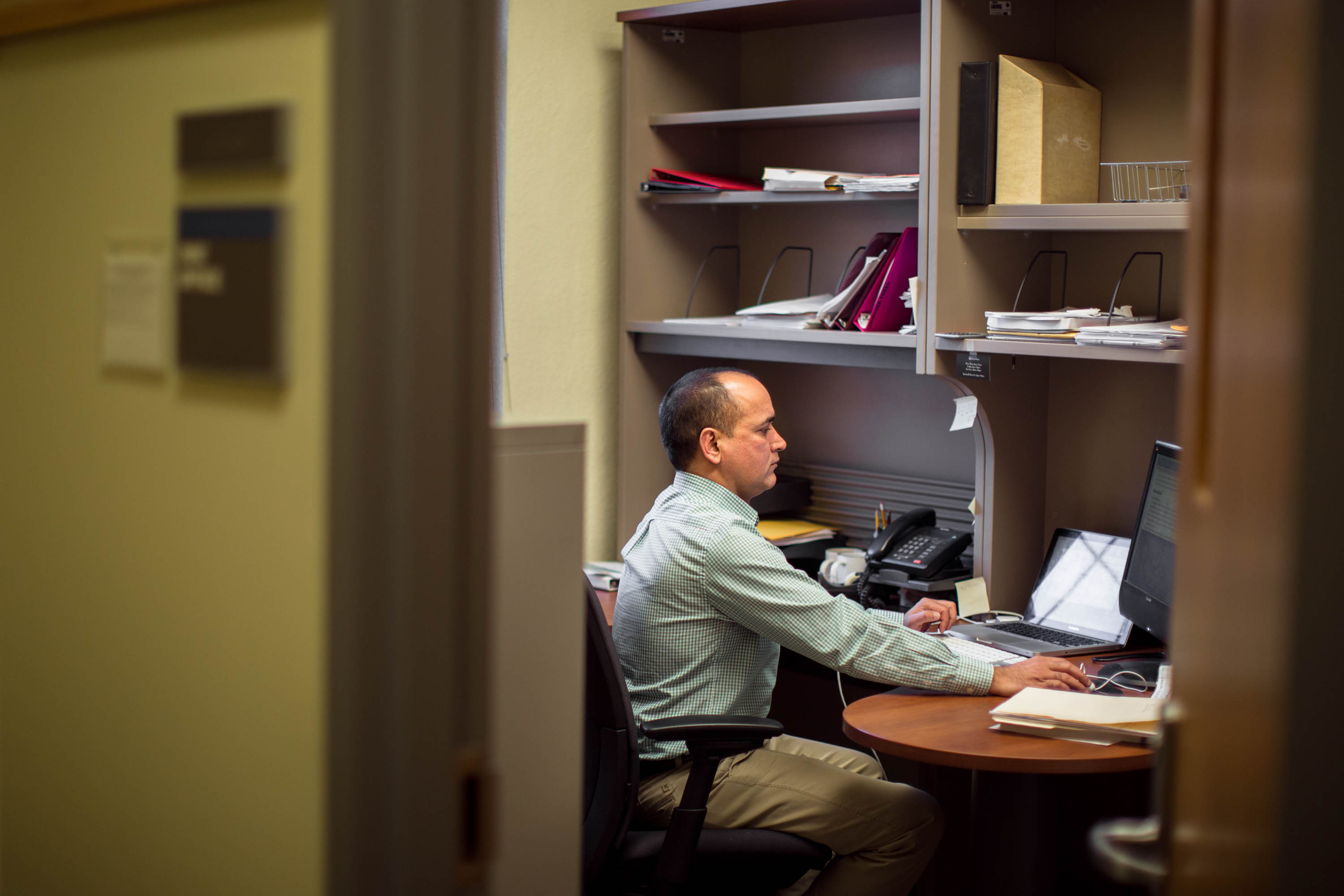 He may be 7,000 miles from home, but Nepal is never far from Lok Pokhrel’s mind.

Pokhrel is an advertising and public relations professor at MSUM and a student at Washington State University. He’s also faculty adviser of MSUM’s chapter of the Public Relations Student Society of America. Eventually, he plans to go back to his mountainous, South Asian home, taking what he’s learned here to make it a better place.

Pokhrel’s professional story starts at Purbanchal University, a school in Nepal’s economic center, Biratnagar. Back then, he was hoping to go into journalism and work at a newspaper in Nepal. He found a job at an English-language newspaper, but soon learned he wanted a more stable career.

“I started applying for … public relations-related jobs, and I found a job in the banking sector,” he said.

The bank he worked for, Nepal Bank Limited, fell on hard times resulting from defaulting lenders and other financial issues. Nepal’s government lacked the resources to prop up the banks, so institutions like the International Monetary Fund and the World Bank stepped in to restructure them.

Pokhrel was among the PR employees who worked with these institutions. He ended up working in PR for three years, then decided to work for a nonprofit.

He found a job with the United Nations, “a similar position” in PR, but different because his employer was now a social advocate, raising awareness among people, Pokhrel said.

Pokhrel said his team at the United Nations raised awareness of Nepal’s human rights violations. His role was to inform people about humanitarian policies relating to the Nepalese civil war. During the 10-year conflict, Pokhrel and his team partnered with the Red Cross.

After he finished at the UN, Pokhrel looked to continue his education at schools outside of Nepal. Eventually, he made his way to the United States, where he enrolled at Georgia State University and earned his master’s degree in human communication and social influence with specializations in health communication, PR and international communication.

After graduation, he planned to find a job similar to the one he had in Nepal, but his visa status made it difficult to get hired in the field.

But if Pokhrel went into a Ph.D. program, he could get a job at a college that would sponsor his visa.

With that in mind, he went to Washington State University and began working on his doctorate. After completing the program, but not the dissertation, he started work at MSUM as an assistant professor.

These days, many of his projects relate to advertising and public relations’ roles in addressing health issues. One of his papers about how companies could more effectively advertise and improve ethical standards won the Carol Burnett Award from the Association for Education in Journalism and Mass Communications.

For Pokhrel, it was a major achievement.

“I was not established at the time. As a student, winning this really encouraged me to work further,” he said.

Now, Pokhrel is preparing his dissertation, which will be presented to faculty at WSU. He hopes to have it finished this summer. The dissertation deals with how government campaigns should be used to approach problems like obesity.

Pokhrel said he doesn’t plan to stay in the States forever. He plans to gain experience here for another eight to 10 years. When he returns to his family in Nepal, he’ll have tools to improve his home, which still suffers from the effects of the 2014 earthquake.

If Pokhrel can, he hopes to use his years of experience to make Nepal stronger than ever before.