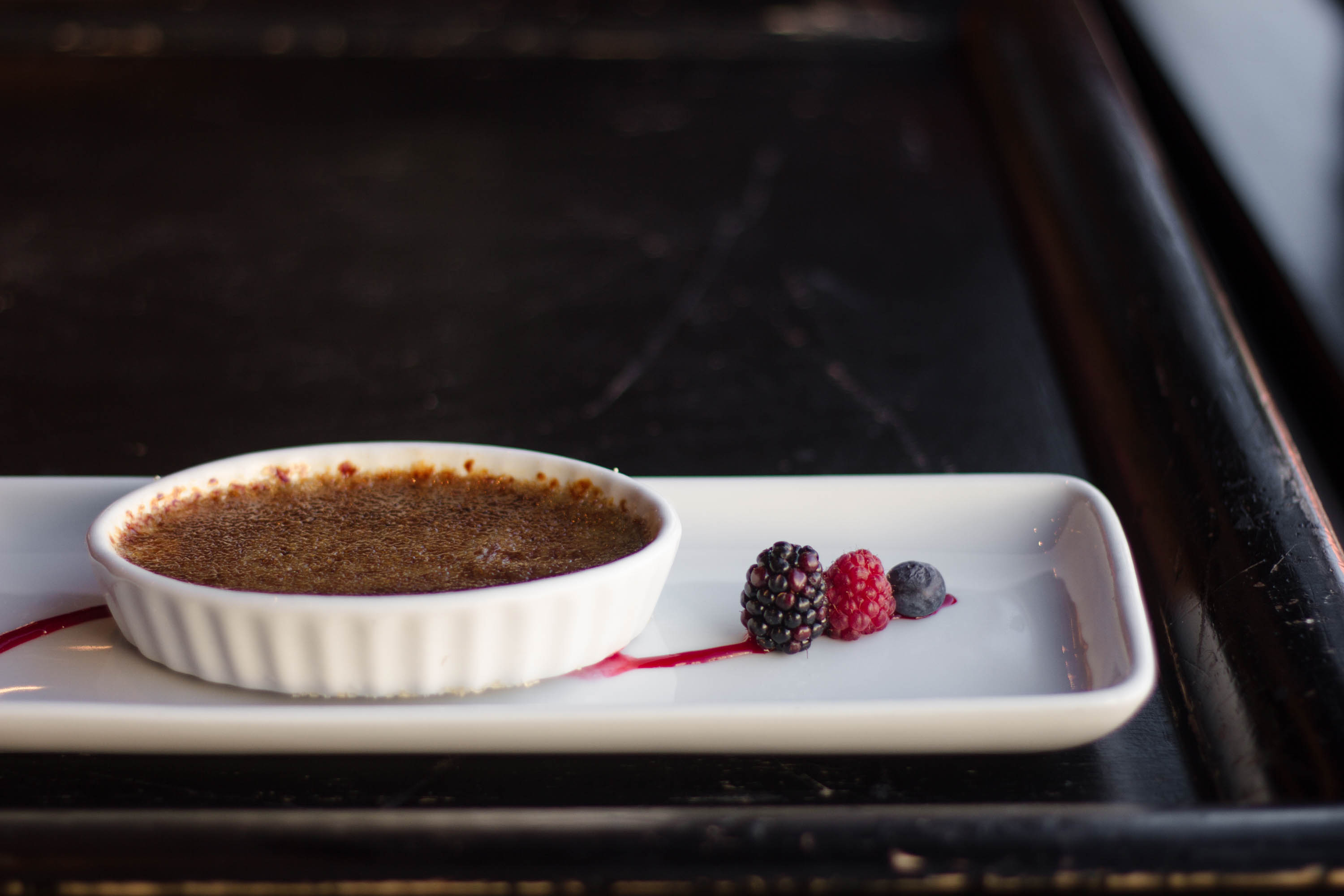 Baking bread is like walking a tightrope. A balancing act both art and science, one wrong move can be detrimental.

The variables can seem endless — use the wrong kind of flour, knead the dough for too long, lack just an ounce of finesse, and the fickle path you’ve spent hours walking will lead somewhere unexpected.

Sometimes, you end up on the pavement, others, just the wrong rooftop.

But some accidents are happy. In many ways, MSUM alumna and HoDo pastry chef Kate Lucero fell into her career, but she wouldn’t have it any other way.

When Lucero was in ninth grade at Moorhead Senior High, she and her classmates were assigned the age-old task of identifying and researching what they wanted to be when they grew up.

“One of my things was an architect, and the other was a chef,” said Lucero, now 25. “I remember looking both of them up and having to do all these projects and not wanting to be either one of them by the time it was over,” she said, laughing.

In May 2011, Lucero started working in the kitchen of downtown Fargo’s Hotel Donaldson, first as a dishwasher, then, eventually, as some kind of renaissance woman. In June 2012, she left the HoDo to briefly work at Rhombus Guys, only to return in September as a housekeeper, a position she held for more than two and a half years.

Lucero started working at artisanal pizza joint Blackbird Woodfire, too, when it opened just a couple blocks north of the HoDo in 2014. The job, she said, prepared her for what she does now. She often worked tossing pizzas, adjusting to the quirks of dough made in-house.

“It was kind of temperamental because it wasn’t factory-made,” Lucero said. “It wasn’t a process where you’d thaw it out and get the same dough every time. You’d have to feel it out. Some days, you could be rougher with it, and some days, you just couldn’t.”

Lucero graduated from MSUM with degrees in women’s and gender studies and philosophy in December 2014.

She left housekeeping the next April to start working for Fargo’s forestry department and transferred to the city’s Gladys Ray Shelter just two and a half months later. She worked there only a handful of months before getting a call from the HoDo. The head pastry chef at the time wanted to know if Lucero could come back once a week to do some prep cooking.

“I did that once, and then she said, ‘We need your help in pastry,’” Lucero said.

One night, she was training to work the pastry line. Two days later, she was working it by herself, putting a dent in her first 40-hour pastry department work week. She spent a trying winter month and a half working at the HoDo and at Gladys Ray, at least three or four nights and three days a week until she left the shelter in mid-December.

Though working at Gladys Ray was more in line with Lucero’s academic path, she said she’s happier where she is now.

“(Gladys Ray) was kind of a strict job environment,” Lucero said. “Every day, I’d kind of learn something new from the residents, but nobody ever really pushed me to do anything extra or be better at anything. Every day I go into the HoDo, I’m expected to be better than I was yesterday, and I’m able to put forward new ideas. I like being pushed into being better than I am.”

“Kitchens are really cool because you can work your way up to be an executive chef without going to school,” Lucero said. “You could be homeless and working in a kitchen, and they’ll take you as long as you work hard.”

And work hard, she does.

“I love working with Kate,” said head pastry chef Dana Swanson. “She’s very interested in learning and very passionate about what she does.”

Lucero said it’s easy to be excited about her job, working in a relatively small, four-person department with an elaborate dessert menu that’s ever-changing. Notable desserts Lucero’s come up with herself include an orange creamsicle sundae and a lavender cake drizzled with an earl grey crème anglaise.

From crème brûlée to lemon curd, Lucero does it all. Bread, she said, is probably the most significant thing she’s learned to make. The HoDo bakes baguettes, ciabatta, focaccia and sourdough daily.

“And I’ve screwed them all up at least once,” she said, laughing. “The first time I made baguettes right, I got really excited. I fist pumped, and (Dana) told me I was being too cocky.”

In the kitchen, you’re always learning.

“We … had a pretty exciting day in the kitchen not too long ago, where several of us played around with some sugar work similar to the way glass blowing works,” Swanson said.

“Getting a degree in women’s studies and working in a kitchen when you have the tools to be helping people kind of feels like you’re doing something wrong — especially when you work in a kitchen that puts out a quality of food a lot of people can’t afford,” Lucero said. “But I’m really interested in food justice, and I think (because) not everybody gets to eat food, when you cook food, you should always do the best you can.”

The real War on Drugs: a call to fight addiction