Pascavis moves on to bigger competition 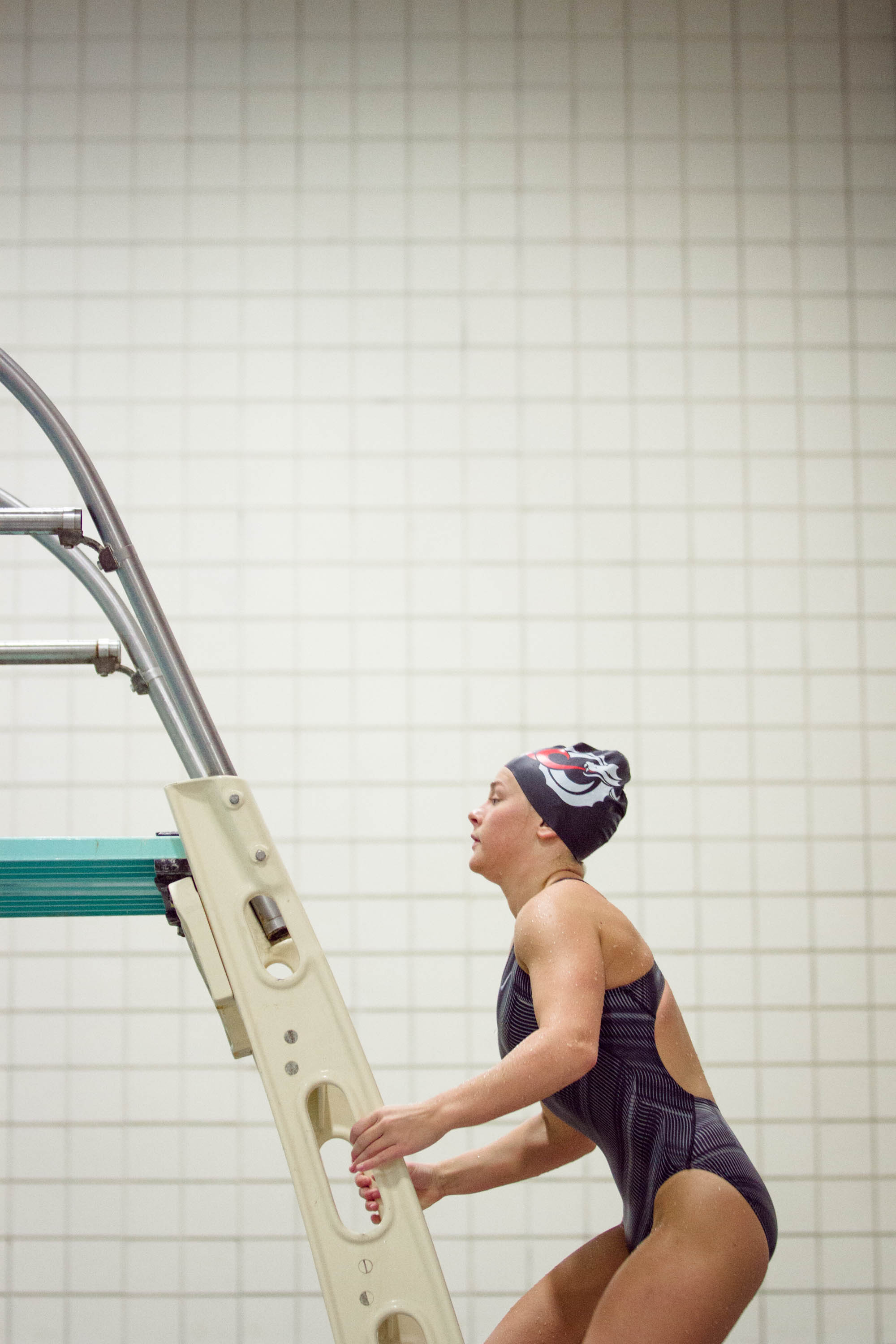 Dragon diver Emily Pascavis may be done with her career at the collegiate level, but she’s looking forward to competing well after graduation.

Pascavis began her diving career with an impressive freshman campaign. She quickly emerged as a top talent, finishing the 2012-2013 season named MSUM Diver of the Year.

But her 2013-2014 season didn’t go as planned. Pascavis spent most of her sophomore season recovering from a surgery on her left hip.

As for any college athlete, missing an entire season was a huge threat to Pascavis’ career.

“It was all or nothing,” Pascavis said about coming back from her injury. “I had gone through enough with it. I was either going to put in everything I had or be done.”

It was that mentality that set up Pascavis’ breakout junior year. She was named Northern Sun Intercollegiate Swim Conference Diver of the Week three times, finished third in both the 1-meter and 3-meter boards at the NSISC Championships, and had seven wins and eight lifetime bests. She was also named MSUM’s Diver of the Year and named to the NSISC all–academic team.

Pascavis capped off her career with four school records and a fourth place finish at the 2016 NSISC Championships.

Now, she’s excited to shift her focus to the USA Diving Competition.

In the past, she’s participated in the competition as a coach and judge. She’ll be competing in the event for the first time this year. She said her experience as a judge will give her an edge over her competition. Because of it, she knows judges prioritize fundamentals when scoring, she said.

Despite the competitive perks, Pascavis said she still prefers coaching to judging.

“They’re two different worlds,” she said, “but it does help that I have competed. I can relate to the athletes better.”

Pascavis said she also enjoys the ability to network with other coaches.

“It’s fun to show off how I have helped the athletes develop,” Pascavis said. “At the same time, I have to listen to what other coaches are telling their kids so I can further my experience as a coach.”

Pascavis started her career as a coach with recreational lessons through the Dragon swim school her freshman year as a diver. Soon after, she was coaching the club.

“I had an opportunity to revamp the entire thing, which has gone really well,” Pascavis said. “I was the youngest coach at the last USA Regionals, and I imagine I will be the one of the youngest this year as well.”

Pascavis said she’s thankful to have had the opportunities MSUM and her team have given her.

Ready to continue her successful career, Pascavis is eager for her next diving opportunity.

“I’m not ready to be done with diving yet,” she said.