Not a drill, but a false alarm 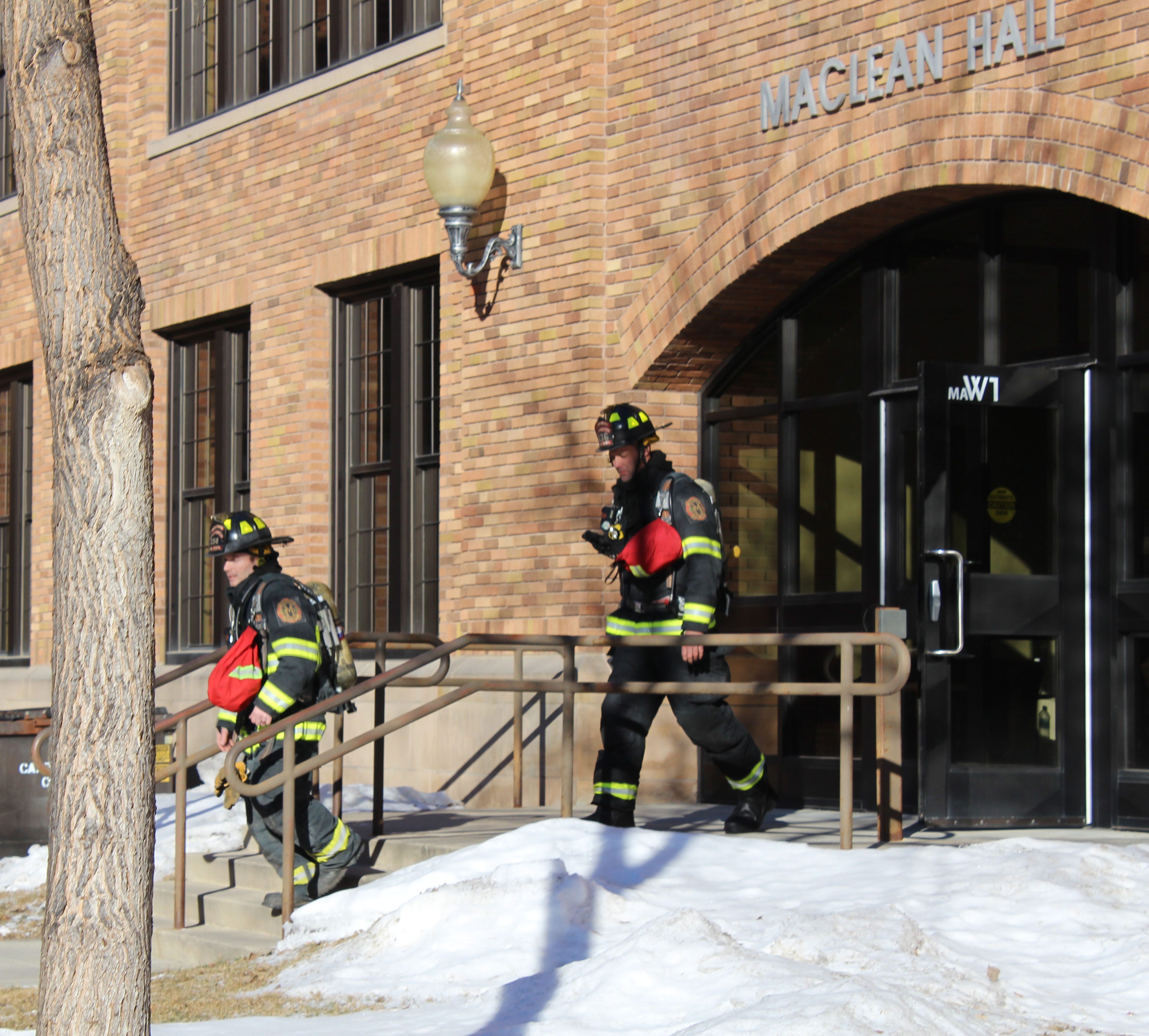 At 2:55 p.m. on Feb. 2, the alarm system in MacLean Hall warned students and staff to evacuate the building. It was not a drill.

Within a few minutes, the Moorhead Fire Department had several trucks and firefighters on the scene, donning their gear and heading into the building.
A firefighter later exiting MacLean said a smoke alarm in the bookstore had initiated the alarm warnings.

“It went off somewhere in here,” said Matt Johnson, the bookstore’s computer area manager. “It was nothing, and they just reset it. We didn’t see or smell anything out of place, but the alarm was going and it was loud.”

“The lights went off, and I checked to make sure everyone was out,” cashier Hayley Schiefeldein said. “Matt locked the doors, and we left.”

By 3:15 p.m., the all-clear was sounded and everyone could return to their classes, offices or the bookstore.

Keys to the kingdom