Dragons basketball preview: A look at what’s in store for the upcoming season

As practice opened last week, both the Dragons men’s and women’s basketball teams are excited about the familiar faces and the newcomers in each system.

Coming off a 2016-2017 season in which MSUM finished the regular season atop the Northern Sun Intercollegiate Conference (NSIC) with a 20-2 conference record and a 24-5 overall record.

The Dragons made it to the quarterfinals of the NSIC Tournament before losing to Sioux Falls. The team earned a bid to the NCAA Central Region Tournament, where Central Missouri defeated MSUM.

Sannes, the 2016-2017 NSIC Player of the Year, headlines the list of returning players. She averaged 15.3 points and 8.3 rebounds per game last season, both team highs. Thorson led the team in three-point shooting, with a .397 mark from deep. Volkert was third on the team in points-per-game, averaging 12.7.

Senior forward Shannon Galegher and sophomore forward Megan Hinz round up MSUM’s core collection of players. Head coach Karla Nelson said she is going to rely heavily on them, but she is hoping to get contributions from younger players too, like sophomore forwards Madi Green and Grace Swenson.

“Once the season starts, (the freshmen) will have to play like veterans too,” Sannes said. “They don’t have time to be playing like freshmen. They need to make sure they have the confidence to play with us and do what they’re capable of.” 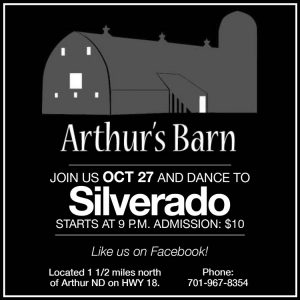 First and foremost, the Dragons have to find good chemistry on the floor. Nelson is looking for people with consistent play to fill the off-guard and four positions. She would also like to see her team continue to grow defensively and improve its rebounding from last season.

The identity of this team is still being deciphered.

“Hopefully we can get back to (rebounding and defending),” Nelson said. “The other thing we did well last year was taking care of the ball. It would be nice if we can do that again this year and be a better rebounding team. If we do that, we’re going to maximize offensive opportunities, which will make us a lot tougher.”

The Dragons open play on Thursday, Oct. 26 in Brookings, South Dakota, where MSUM will face South Dakota State in an exhibition game. The Dragons will have one more exhibition on Nov. 6 against the University of Iowa. The regular season for MSUM kicks off at home in Nemzek Fieldhouse against Northern Michigan on Nov. 19.

“There’s been a lot of teaching and a lot of learning,” Nelson said. “From what I’ve seen, we have a great deal of potential. Now it’s just for us to get to the point where we see that come to fruition.”

Like the women’s team, the MSUM men’s basketball team finished the 2016-2017 regular season at the top of the NSIC, posting a 19-3 conference record and 24-6 overall record.

Guard Tanner Kretchman is the lone senior on this year’s squad. He is excited for his leadership role as team captain, but is mostly excited about being on the court again.

“I’m just looking forward to one last ride,” Kretchman said. “I grew up loving this game. Basically my whole basketball career I’ve had the time of my life. My first three years here have been extraordinary, so I’m looking forward to another one.”

The Dragons are populated with several new faces, but head coach Chad Walthall is impressed by what he’s seen from them thus far. The pace of the first week’s practice was slower than it typically is due to guys getting familiar with a new system; however, Walthall said they are willing learners and are quickly becoming acquainted.

Last year, the Dragons were an offense-oriented team that strove to win games from the perimeter, shooting nearly 41 percent from three-point range. While continuing to have a dangerous offense, Walthall would like to see his team improve on the defensive side of the ball this season.

“We need to be a better defensive team than last year,” Walthall said. “Last year was a team that won a lot of games with offense being the majority of our strength. We got away with some games that I don’t think we’ll get away with this year if we don’t improve defensively.”

Rather than setting goals for the Dragons, Walthall focuses on the daily grind. He wants his team to be the best it can be in that moment.

The Dragons open up play at home with an exhibition game on Nov. 6 against Valley City State, followed by the Region Challenge in Lancaster, Texas. On Nov. 17 and 18, the Dragons will host the MSUM Classic, where the team will face Northern Michigan and Michigan Tech.

From opening night onward, MSUM will be looking to gain advantage over opponents through hard work.

“When we go out and play, we’re going to outwork everybody every night on the court,” Kretchman said. “We’ll see where that takes us and where we are at the end of the season.”

I don’t know how Bugs Bunny does it: My week with carrots