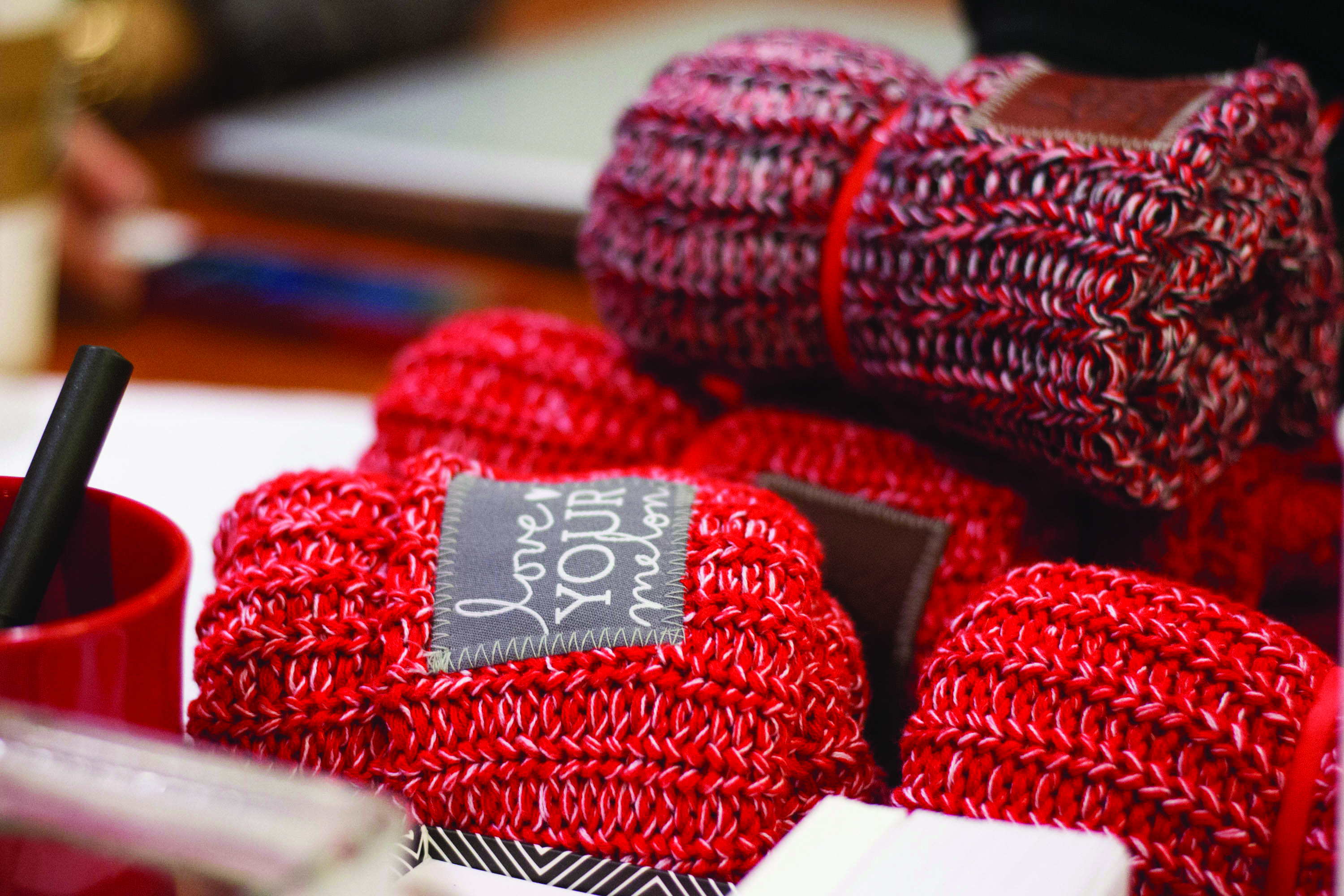 A student-run apparel brand is on a mission to give a hat to every child battling cancer in the United States.

The organization was started by two students in an entrepreneurship course at the University of St. Thomas in St. Paul and has found its way to MSUM.

The MSUM chapter’s crew captain, sophomore Abby Johnson, and her roommate contacted the company and launched MSUM’s Love Your Melon branch with twenty members this semester.

“It’s kind of an exciting opportunity that we’ve gotten to have,” Johnson said. “I was aware of the cause Love your Melon supports, and I was interested in … helping in whatever way that I could.”

She thought the best way she could contribute was by starting a chapter at MSUM “to prove that college students can and have made a difference.”

Though her crew initially only sold beanies online, it hosted its first in-person sales event Nov. 24 near the Dragon Cafe. Johnson called it a success.

The beanies cost $30 and support the group’s buy-one-give-one program. For every hat a person buys, a hat is given to a child in a hospital by Love Your Melon college ambassadors dressed as superheroes.

The company’s other project is raising a million dollars for cancer research, so with every hat purchased, 50 percent of its proceeds are donated to other causes. Half of these goes to CureSearch, a cancer research organization, and the other half goes to the Pinky Swear Foundation, which provides immediate relief to families who have children diagnosed with cancer.

Schumann said the group’s made a point to sell red hats for those who want to wear Dragon colors.

“It’s Minnesota — we walk around campus; we want hats; we want to stay warm — why not throw on a red one for Dragon pride?” Schumann said.

But there’s more to it than that.

“(It is) important to do what we’re doing,” Schumann said. “We’re doing more than just selling hats, were making a difference in our community.”

Schuman said her passion for the cause is a result of competing in the Miss America organization.

“Our national platform is the Children’s Miracle Network Hospital, so I’m known around those patients through that,” Schumann said. “I just know how important it is to make them feel … comfort at all times.”

For Schumann, MSUM’s Love Your Melon crew is more than a campus organization.

“My group of six really close friends were the ones that started this,” she said. “I don’t call it a campus crew. I call it a family.”

To buy a beanie online, visit loveyourmelon.com and select MSUM’s crew at checkout.