Dragon football starts 2016 with a win 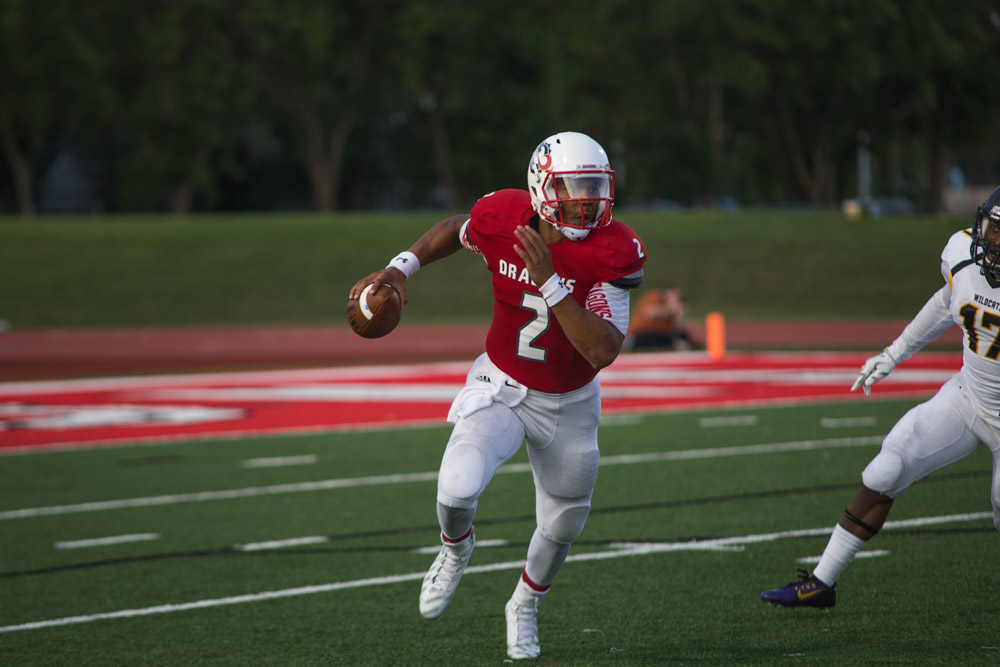 Starting off the first game of the season, junior quarterback Demetrius Carr begins to run the ball. Carr rushed 76 yards against Wayne State.

It was an ideal start to the season for the Minnesota State University Moorhead Dragons football team, defeating Wayne State 41-24 at Scheel’s Field on Thursday, Sept. 1. The Dragons were led by junior quarterback, Demetrius Carr. Carr was 26-36 passing with 288 yards, four touchdowns and no interceptions. On the ground, Carr rushed 13 times for 76 yards and a touchdown. Sophomore running back, Austin Stone rushed 19 times for 97 yards and a touchdown.

Celebrating a touchdown, sophomore Evan Moore points to the sky before jumping into his teammates. Both Moore and senior wide receiver Cory Ambrose caught touchdown passes. 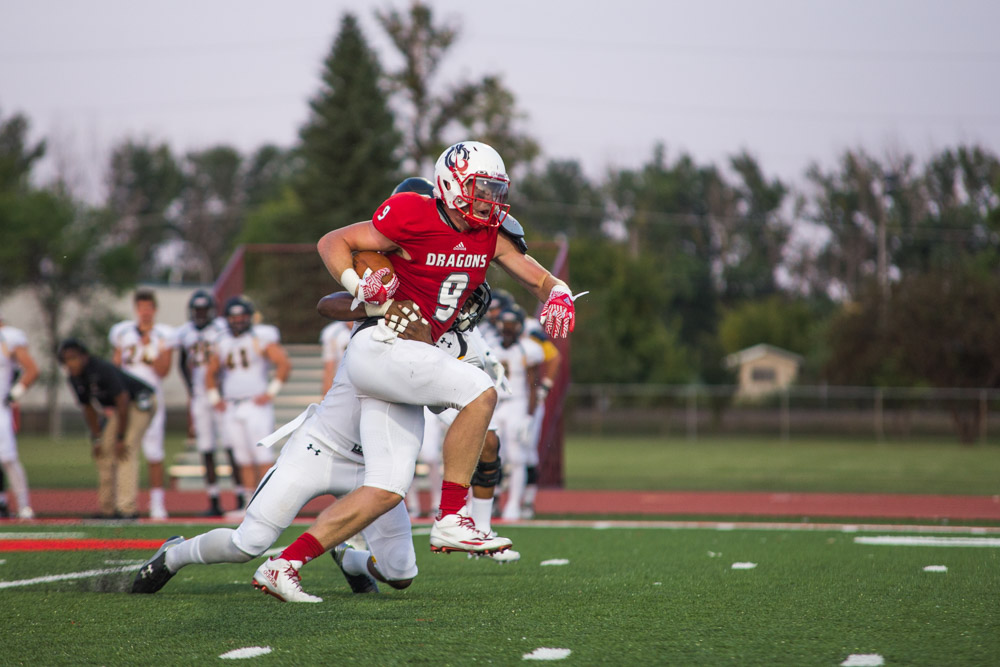 Rushing the ball, junior wide receiver Damon Gibson captures a couple more yards before being brought down by Wayne State. Gibson was the leading receiver on Thursday.

The Dragons defensive backs got it done with their tackling on the defensive side of the ball. Sophomores Grant Reuer and Jerry Raye and freshman Deiondre Taylor each had eight tackles. Sophomore defensive back, Michael Strand and junior linebacker, Abe Roehrich each contributed with seven tackles. Reuer and Raye both had forced fumbles.

It was a battle of the quarterbacks in the Dragon season opener, but MSUM’s Carr was able to pick apart the defense better than Zach Osborn of Wayne State. Osborne completed 23 passes on 40 attempts, throwing for 255 yards, three touchdowns and zero interceptions. 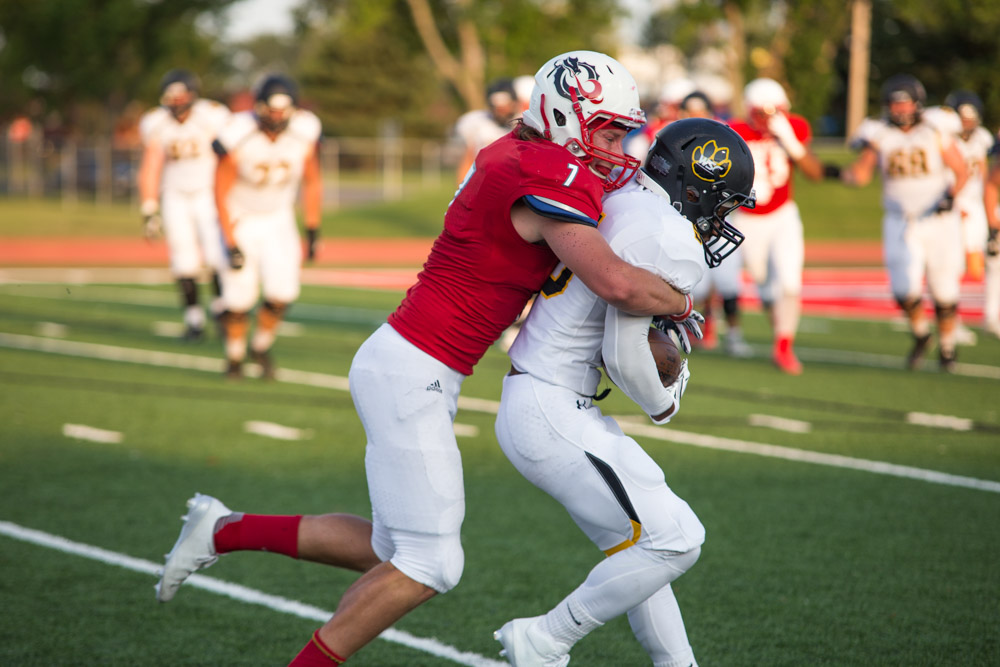 Carr also ran the ball better than Osborn, rushing for 76 yards and a touchdown, opposed to Osbron’s eight attempts for five yards.

Dragon football hopes to continue its success in Sioux Falls as MSUM visits them for their next game on Saturday, Sept. 10.