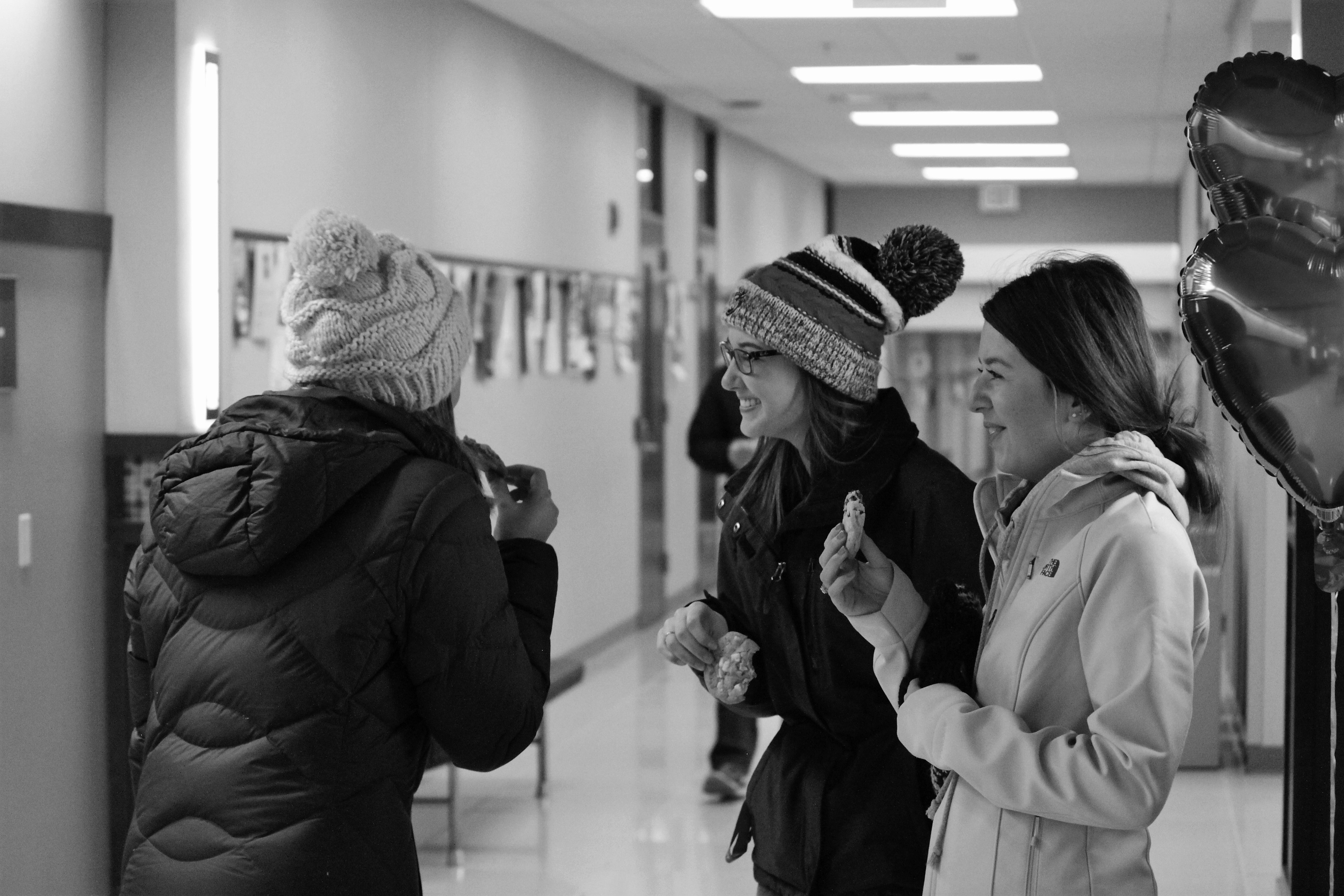 As one of the largest student organizations on campus, the Dragon Entertainment Group (DEG) hosts dozens of events for students each year.

“The Dragon Entertainment Group, in general, provides different events that have a safe environment for students to go to,” junior Nicole Baxter, the event programmer, said. “If students want to get out of their dorm, relax, get away from the party scene or simply just have fun, our events are perfect for that.”

The DEG has organized many events for campus in the past. A popular repeat event is grocery bag bingo, as well as the Pinterest craft night in January.

The mug crawl had 13 different stops across campus where students could get their passports stamped. Each stop had drinks, sweets and information about each organization. The goal of the mug crawl was to complete the entire passport to win prizes. If eight spots on the passport were stamped, participants received a Dragon mug. If the whole passport was stamped, they chose a t-shirt, and if they posted a picture on social media with #msumthegroup, they received a tumbler.

“I really enjoyed the mug crawl,” Bartsch said. “It was a great way to get some exercise by walking all over campus. The prizes at the end made the whole thing worth it. We got sweets along the crawl and got to spend time with our friends.”

According to Baxter, it took a long time to plan the mug crawl.

“I contacted around 30 groups and organizations on campus in December, and I had contacted them again in the beginning of this semester just to keep them updated,” Baxter said.

In addition to emailing, there was heavy promotion via other channels.

“A lot of advertising was done on Facebook, as well as sent out in the Dragon Digest for this event. Posters were hung up around campus as well,” Baxter said.

The promotional efforts paid off, since the turnout was more than expected and built on the success of the previous year.

“I am really happy with the turnout we had,” Baxter said. “There were people lining up at the Dragon Entertainment Group table before the doors were even open. This is our second year doing the mug crawl, and both years it has been a huge hit.”

Future events put on by the Dragon Entertainment Group include a Pinterset series on Feb. 16, an Escape Room night on Feb. 17, game night on Feb. 24 and Meme Grocery Bag Bingo on Feb. 28.

A long way from home