Although el Día de los Muertos is a day of remembrance for lost loved ones in Mexican culture, it is also festive and unique.

That’s how MSUM educated its students on the holiday last Thursday. From traditional altars to holiday snacks, all of the cultural and identity centers across campus decorated their rooms to celebrate the Day of the Dead. 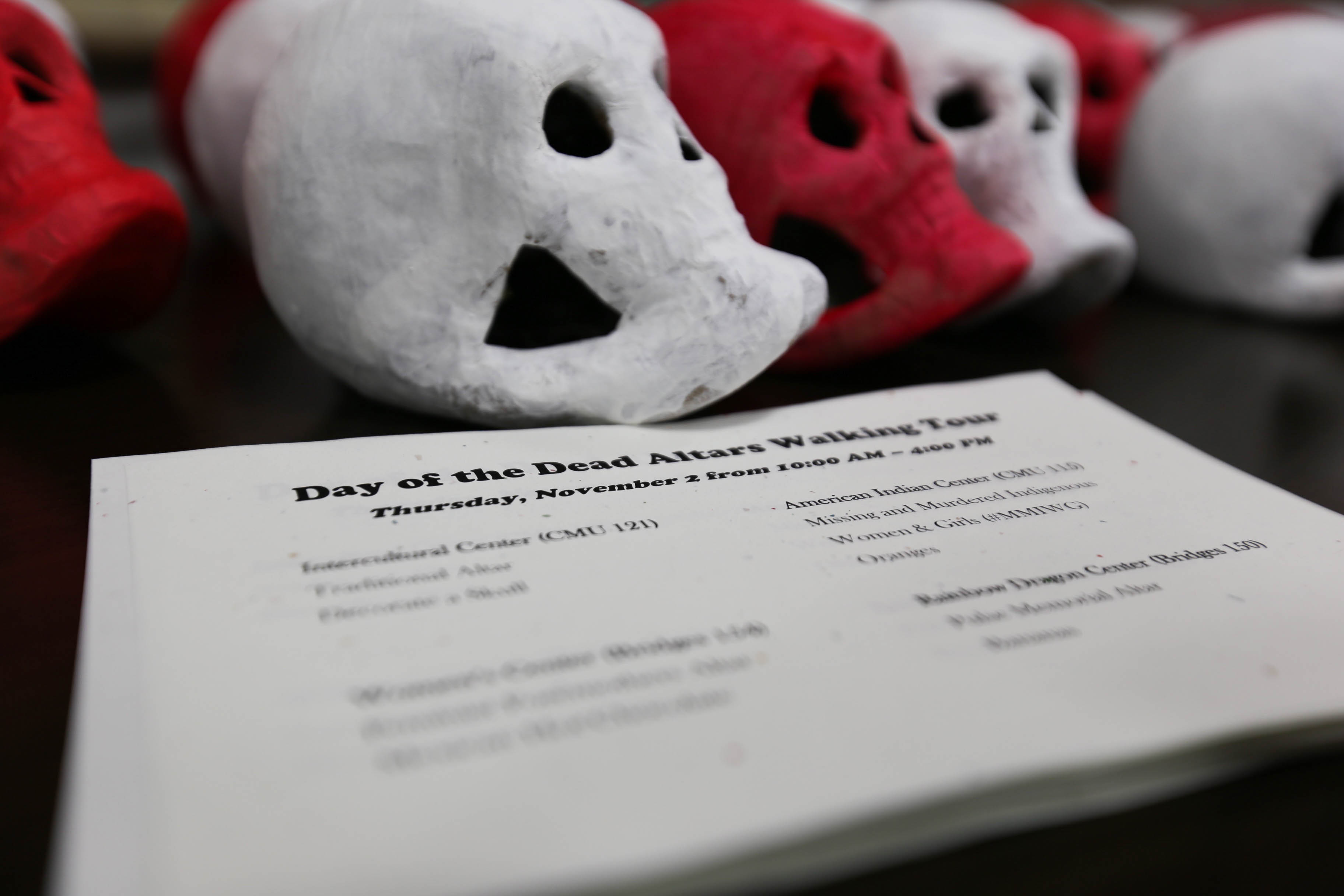 Olivia Matthews, the Coordinator of Multicultural Affairs at MSUM, said it is the Intercultural Center’s second year hosting the event, but the first year involving the other centers.

Each center’s display was made and set up by the organization associated with it. The Intercultural Center was sparkling with gems, glitter, markers and cartonería (papier-mâché) skulls to be decorated in celebration; this station also included a traditional el Día de los Muertos altar with three levels. Guests learned about the holiday by reading the information provided in the center’s homemade altar.

Brianna Bradley, a fifth-year student at MSUM who works within the Office of Diversity and Inclusion (ODI), attended the event to make sure everything went well and students were enjoying it.

“This gives (students) outside of the classroom an opportunity for those who may not be Spanish majors or maybe don’t really know anything about Mexican culture,” Bradley said. “(Students) come in and do arts and crafts activities, learn some information about Día de los Muertos and see different altars of the different centers the ODI has.” 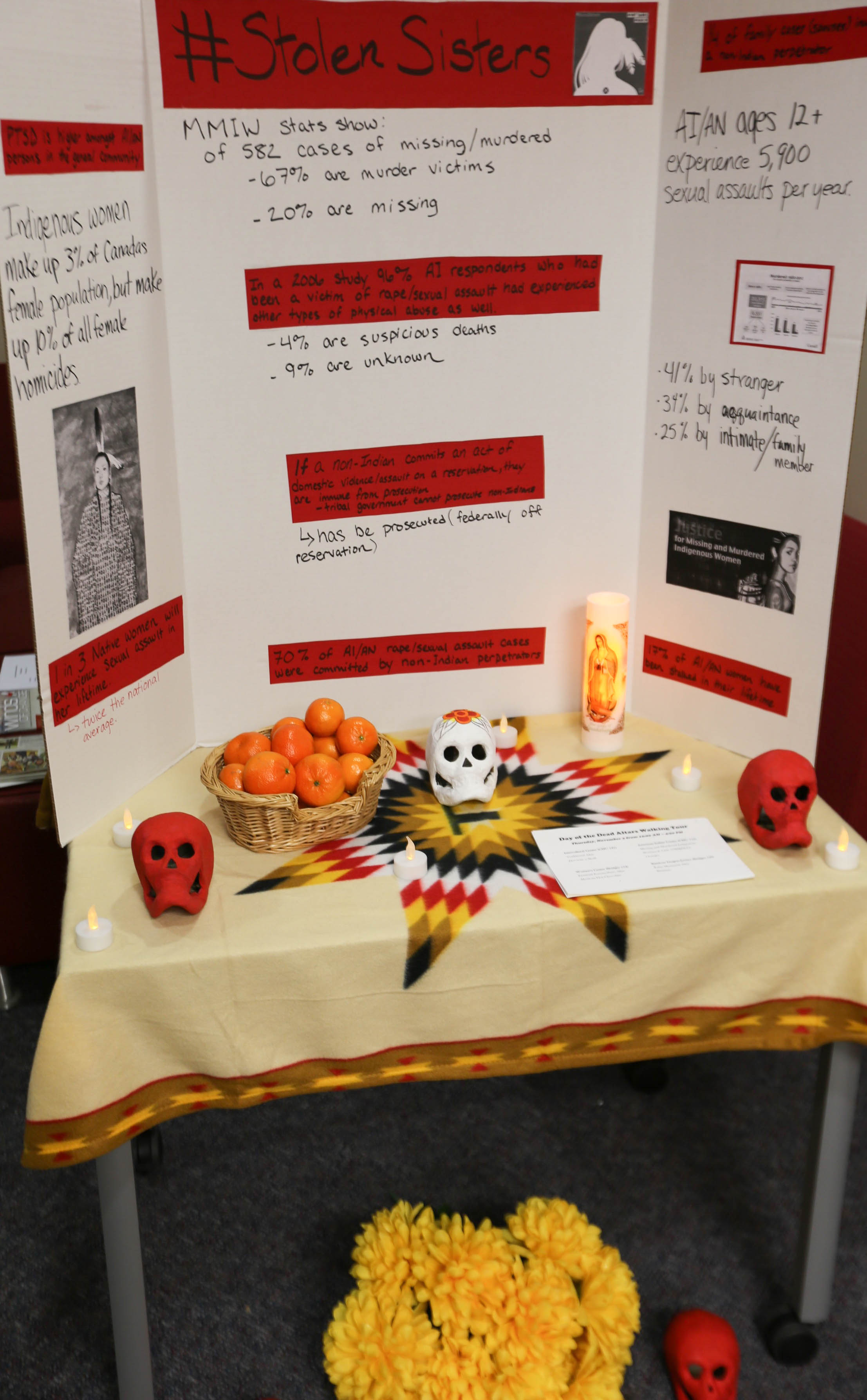 The American Indian Center’s altar had information on Missing and Murdered Indigenous Women and Girls.

Down the hall, the American Indian Center had an altar with a different theme: Missing and Murdered Indigenous Women and Girls. The board included statistics informing visitors about the tragedy of Native American women’s history of missing and murder cases.

The Women’s Center across campus had a colorful and creative altar they called Our Feminist Foremothers. The altar featured names like Sylvia Rivera, Sojourner Truth, Frida Kahlo and more. Under each of the historical ladies was background on how they influenced and inspired their communities and the world today. To warm up from the cold outside, the center had traditional Mexican hot chocolate, combining sweet and zesty and topped with mini marshmallows.

Next door at the Rainbow Dragon Center, the mood was slightly darker as they set up a memorial altar to remember the Pulse nightclub victims. Among the rainbow-colored decorations was a short background story on the terrorist attack and hate crime committed in June of 2016. The background included the fact that the club was hosting “Latin Night” the night of the attack, meaning most of the victims were Latino. The tragedy was the most fatal terrorist attack since 9/11 until the Las Vegas Strip shooting this past fall.