Past Dragons reveled in never-ending nostalgia as they came to celebrate the milestone of a central building on campus.

On Oct. 7, students, alumni and faculty celebrated the 50th anniversary of the Comstock Memorial Union, which opened April 24, 1967. This was not only a time for alumni to come and relive memories, but for current students to take a trip back in time and see the changes made to the CMU. 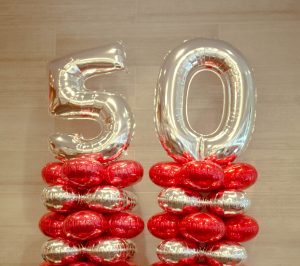 Alumnus Al Odden commented on how much the CMU has changed since he attended MSUM.

“It’s a lot more open, and the spaces have more light, especially with the glass and open concept,” Odden said.

Odden was homecoming king in 2009 and represented MSUM in Indiana at the 2010 9-Ball Nationals Tournament. He began his MSUM career at the age of 54 and was involved in Student Senate, starred in around 24 student films and even moonwalked across the stage with his degree during graduation.

That same excitement filled the other alumni at the CMU 50th Celebration.

Shane Kelly graduated in 2014, a few years before the CMU was renovated.

“I recall all the late nights here with the Dragon Paranormal Society, meetings with Kappa Sigma, and the changes are just super cool and very new,” said Kelly, who was a student senator and founding father of MSUM’s chapter of Kappa Sigma. 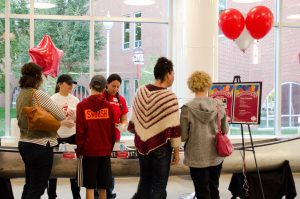 Ice cream was served out of a canoe, an old tradition at MSUM.

Both the older and newer parts of the CMU were home to activities, including mini golf, history tours, free food, ice cream, music, arcade games and even virtual reality simulators. This was perfect for alumni who brought their children with them—perhaps to usher in a new generation of Dragons, or maybe just to hint at possibilities for their future university.

One such alumnus and father was Josh Trumbo, a 2005 graduate and former KMSC Dragon Radio DJ. His memories of being a DJ and living in the old Neumaier Hall before it was imploded came flooding back in a heartbeat.

With all the nostalgia building up in the CMU, it was easy to see how the alumni felt about all the history they made and remembered as they walked around.

The 50th Celebration of the CMU was not only one for the record books, but also for the hearts and souls of all who attended and experienced its history together.

The time to act is now: Gun control is no longer just an option, it’s the only option