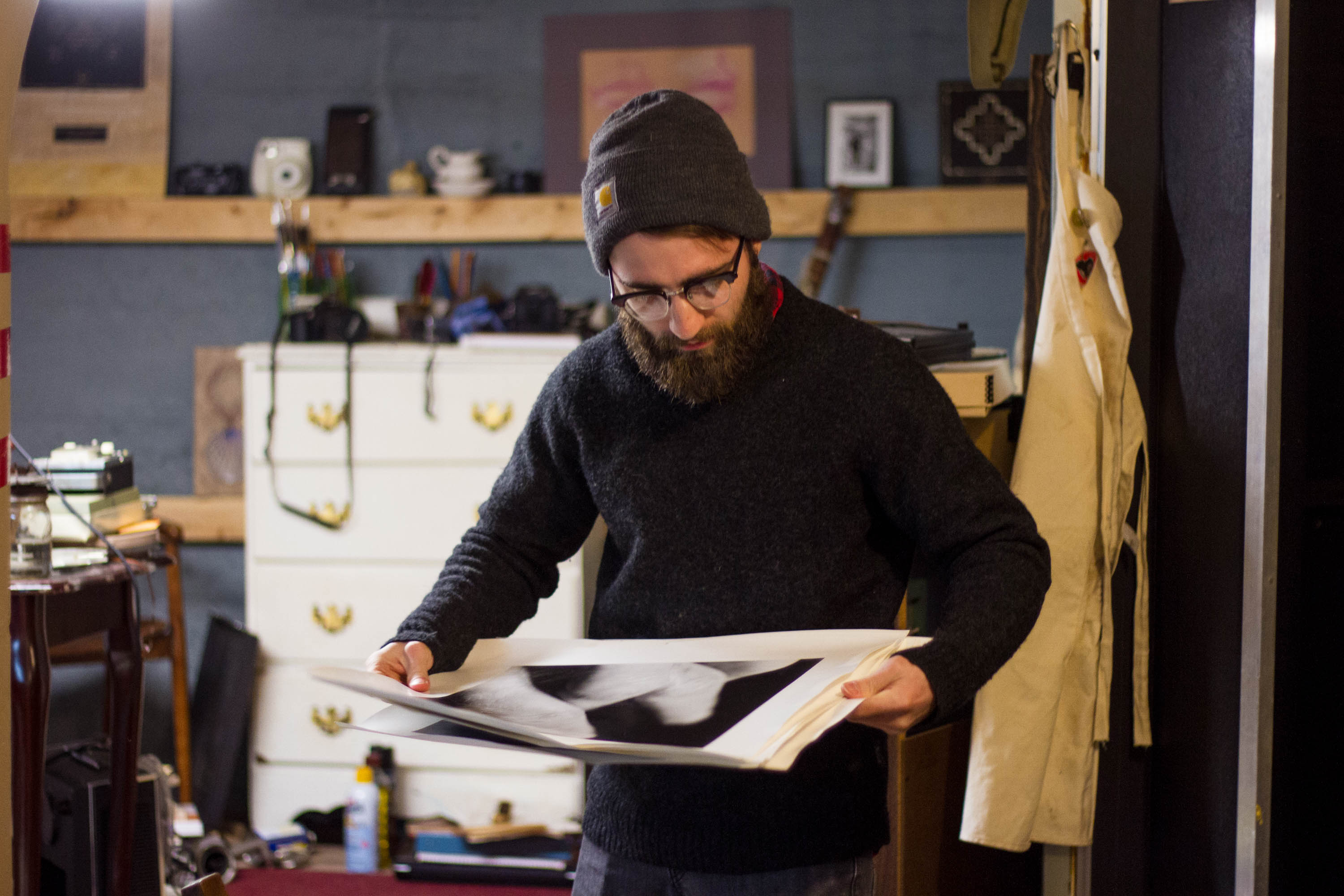 In the basement of downtown Fargo’s Red Raven Espresso Parlor lies a community in itself. The space, called Seagrave, is an area for local artists to produce works individually or collaboratively in a studio of their own.

Former art student Sam Gunderson is one of them. Gunderson left MSUM to pursue his own artistic agenda outside of an academic setting and has rented a Seagrave studio for more than five years.

“I became involved with it early on through the Red Raven Espresso Parlor, which I co-own with five other people, some of whom are also involved with Seagrave,” he said.

Gunderson primarily uses his space to create prints, make experimental music and design clothing. He helped build a darkroom and screen printing area for Seagrave which anyone renting a space there can use.

“We also have a solid collection of tools and other items that can be difficult to acquire access to for those not in school,” he said.

He described Seagrave as a “DIY space.”

Gunderson’s mother, Yvonne Mathieson, has become something of a matriarch for the Red Raven and Seagrave. She loves the opportunities the “punk ass” studio offers.

“We provide affordable studio space for emerging artists, along with much needed community and support,” she said. “There’s lots of support and opportunities in the F-M area for college students or the established artists, but not much for the ones in between.” 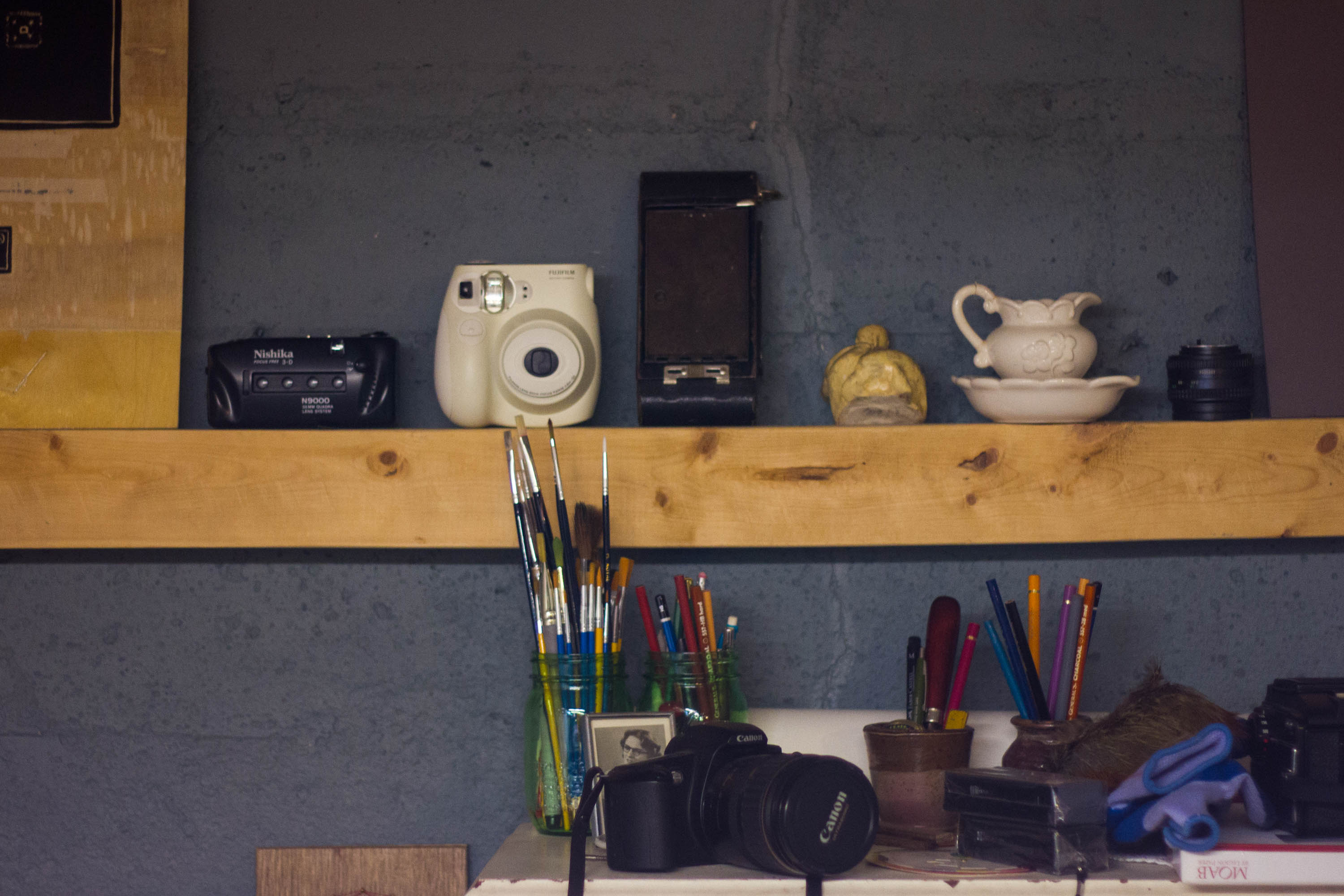 MSUM senior Austin Marts has rented at Seagrave for three and a half years; it is his first and only studio. He taught himself how to develop film and print negatives out of his bathroom, which helped him play an essential role in the installation of the Seagrave darkroom.

Marts works in other creative fields, including fabric arts and electronic music, but photography is his main passion.

“Photography is pretty much the only thing that can fill all the gaps,” Marts said.

His first full body of work is being shown on Feb. 11 at Make Room, a nearby downtown gallery, and on his website austinmartsphotography.squarespace.com.

Marts’ love of photography started when he was 17. It was at this age when his mom gave him a “point-and-shoot” camera and sent him on a trip with his dad to Yellowstone National Park.

“I had no idea how to use a camera,” Marts said. “I maybe took 4,000 pictures while I was there. It was pretty much the best time of my life.”

Marts first heard of Seagrave studios through a co-worker and was instantly interested in the “weird oasis.”

“I had come (to the Red Raven) before, but I never thought about there being a studio downstairs,” he said.

Gunderson and Marts are just two of the 11 artists who occupy Seagrave.

“One of the things we’ve always strived to achieve is creating a studio that is as much a community as it is individual artists working in their studios,” Gunderson said, “which I think is what separates Seagrave from a lot of other similar spaces.”

It is common in Seagrave to see artists working and socializing around the large table in the main area together.